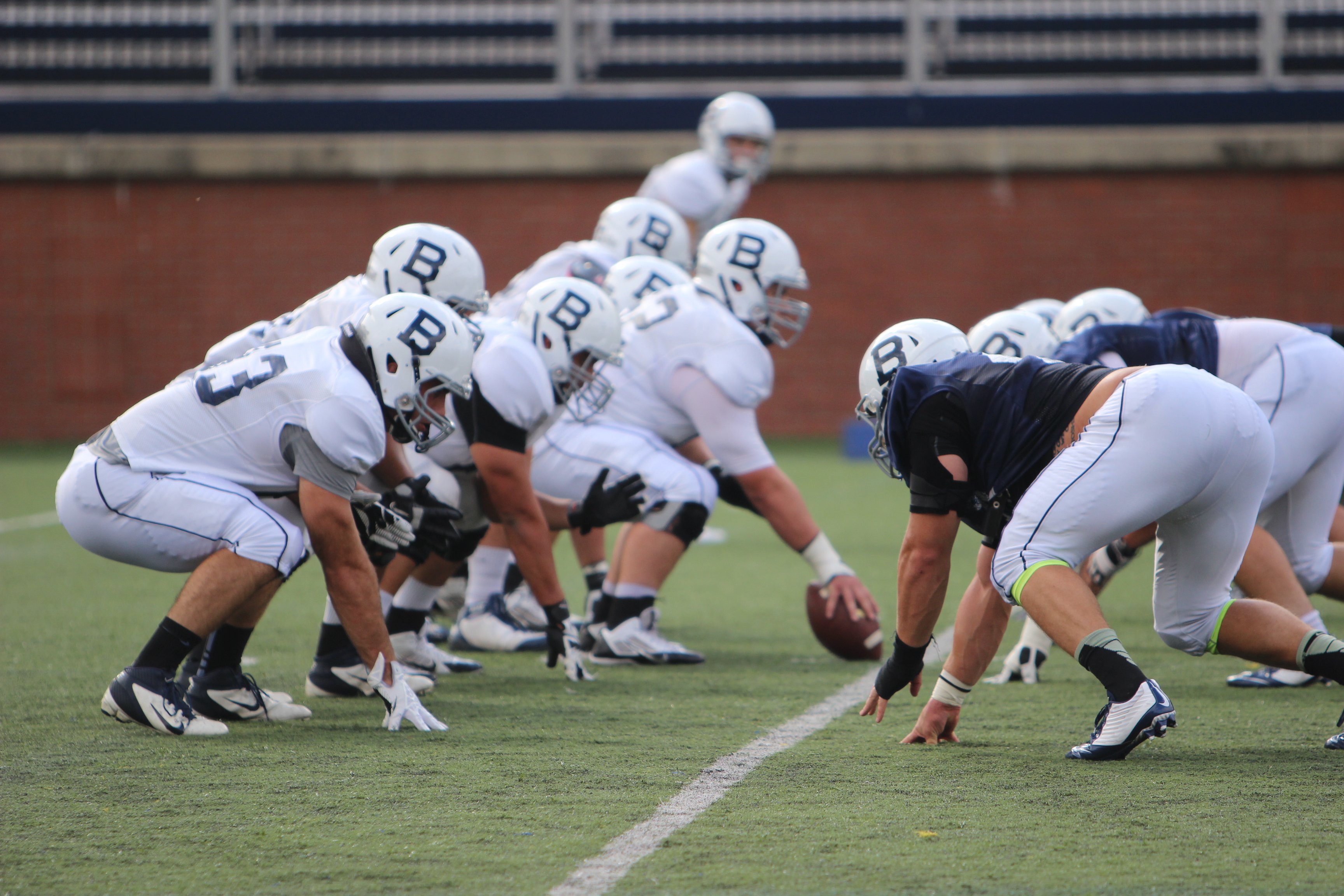 Coming off its first loss of the season at Youngstown State University last weekend, the Butler football team is preparing for its home opener against Taylor University on Saturday.

With a light rain falling, and the lights shining down onto the field, the Bulldogs go through a series of chants and screams in between sets of 100-yard sprints.

Senior defensive back JoJo Ciancio says this part of practice helps keep the team’s morale high, especially after a loss.

“Every time you play a game, you have a 24-hour grace period,” Ciancio said. “You get 24 hours to get over a win or a loss, and then you move on to the next weekend, and you can only use enthusiasm to help you get back and going right away.”

Coach Jeff Voris said theBulldogs will be looking to make a good first impression with their home opener under the lights Saturday.

“You have one chance to make a good first impression, and we are going to have a good week in practice getting ready to go and come out and play with some energy,” he said. “It’s an exciting time, and we only get a couple [opportunities] a year to play at home.”

Taylor is coming off a 23-13 win against St. Ambrose University, in which they returned a blocked punt for a touchdown and forced a safety.

Voris said the Trojans use monentum-changing plays to fuel their team.

Shiltz said he is excited for his first game at the Butler Bowl with an opportunity to show off the new team.

“It’s exciting every time coming out in front of the home crowd, and also coming out under the lights is always an exciting time,” Shiltz said. “We’re going to have to show them Butler football 2014, and show the fans what that team is all about.”

Shiltz said the team is excited to show off their new personnell.

Watch an exclusive Collegian interview below with Senior Jojo Ciancio.