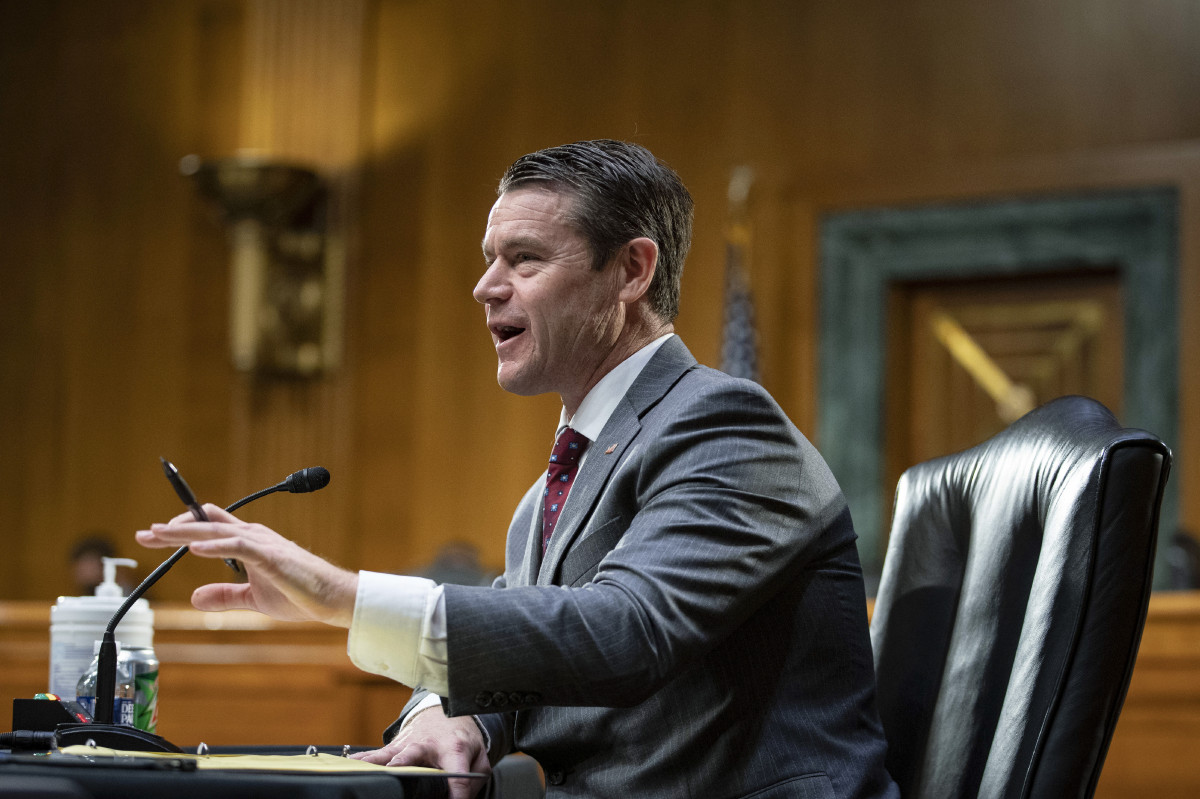 Todd Young is seeking reelection in the 2022 midterm. Photo courtesy of Politico.

The 2022 midterm election is less than one week away, and Hoosiers are already starting to head to the polls. Last week, The Butler Collegian sat down with Mayor Tom McDermott, the Democratic candidate running to unseat Republican incumbent Senator Todd Young. After extensive communication, Young’s staff declined an interview with the Collegian, citing a lack of availability. In place of an equivalent Q&A, here is a rundown of Young’s reelection campaign.

After previously serving in the House of Representatives as the congressman for Indiana’s 9th district, Young was first elected to the U.S. Senate in 2016, succeeding retiring Republican Dan Coats. The 2022 midterm marks Young’s first time seeking reelection as an incumbent in the U.S. Senate.

Before his career in politics, Young attended the U.S. Naval Academy in Annapolis, Maryland and subsequently joined the U.S. Marine Corps. In this position, he served in Yuma, Arizona on the southern border. He earned his law degree from Indiana University in 2005.

Ryan Crnarich, a senior political science and history double major, has worked for Young since Aug. 2021. He said that issues such as the economy, inflation and border security are at the forefront of Young’s reelection platform.

“[Young] has a really good policy on inflation and cutting back [on spending],” Crnarich said. “For me, I’m more of a fiscal conservative, and Young definitely shares those ideas.”

Additionally, Crnarich said he likes that Young values bipartisanship, pointing to his vote for the Safer Communities Act earlier this year — a firearm regulation bill that was signed into law by President Biden last June; Young was one of only 15 Republican senators to vote for this bill.

Young also co-authored the CHIPS and Science Act with Democrat Chuck Schumer earlier this year. This bill provides $280 billion in funding for the research, development and manufacturing for domestic semiconductor chip production.

“Over the last couple sessions of Congress, [Young has] been recognized as one of the most bipartisan senators, and I think it’s really important that Hoosiers have a senator who works across the aisle and can actually get things done,” Crnarich said.

“I know he’s gotten a lot of pushback from Republicans because of things like the gun bill he supported, but I also think that [Young] knows when he needs to jump across the other aisle and cooperate when it’s necessary,” Stencel said.

In his tenure in the Senate, Young has sponsored and co-sponsored 38 bills that have been signed into law. He was also a chief recommender of Amy Coney Barrett’s nomination to the U.S. Supreme Court in 2020.

Historically, youth voters have been the age bloc with the lowest voter turnout. In the 2020 election, 66.8% of the general population voted, yet only 51.4% of eligible voters between the ages of 18 and 24 cast their ballot. This lack of youth voter engagement in mind, Kohnke said voting is a way that Butler students can get involved with their communities and learn how to relate to the people around them.

“I think [voting is] important because you have to start engaging with your community at some point, right?” Kohnke said. “ … We have an ICR requirement that requires you to get out and engage with the Indianapolis community … [Voting] really just unifies you, whether or not you vote for the same person.”

With several critical issues on the ballot, Crnarich said it is important for students to exercise their right to vote.

More information about Todd Young’s campaign can be found at toddyoung.org.