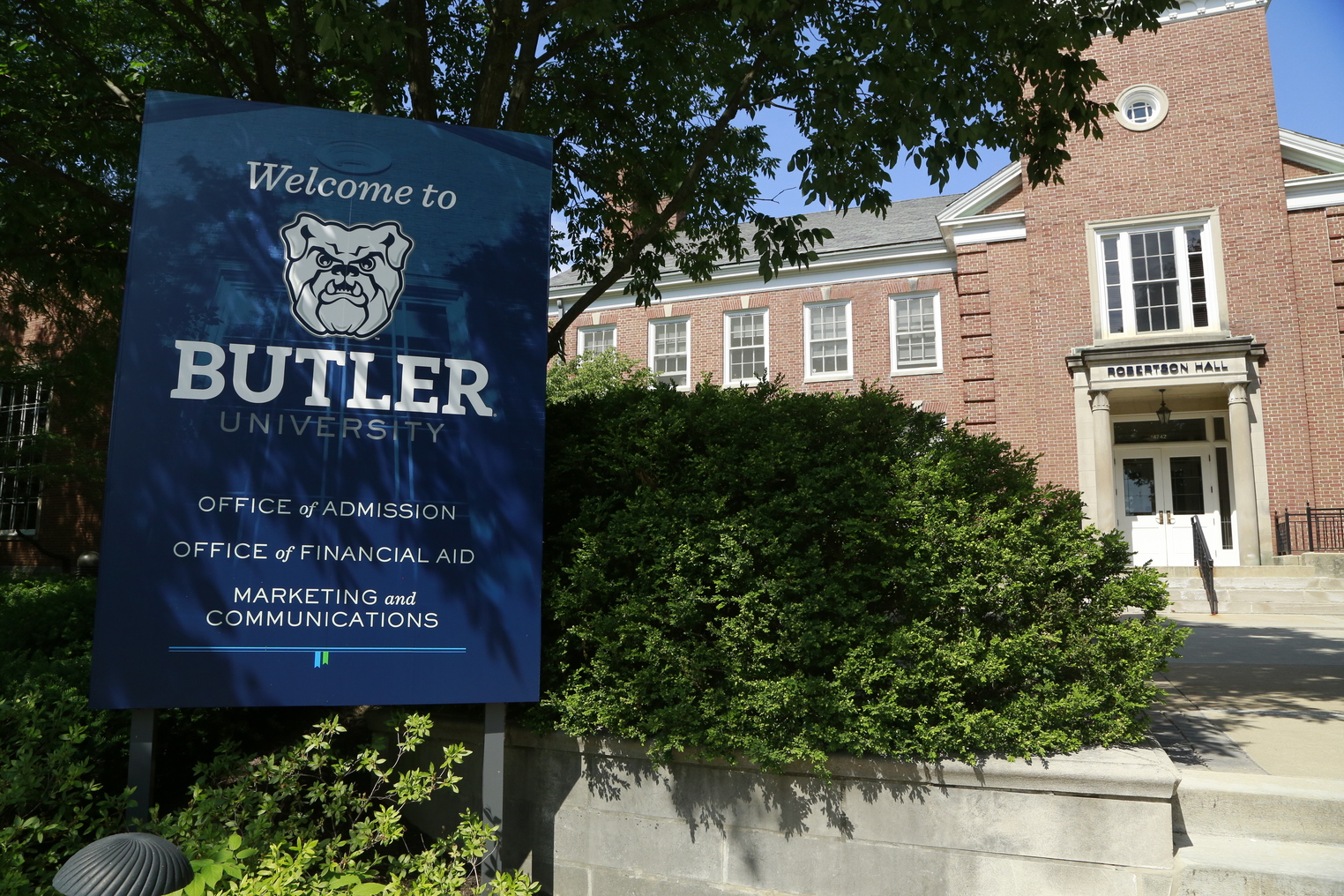 Many people might expect that COVID-19 impeded the Butler Office of Admission’s effort to compile a strong and distinctive first-year class. Yet according to Jerome Dueweke, director of admission, the pandemic affected the student recruitment process far more than it influenced the class outcome.

Due to health and safety concerns, the Butler Office of Admission moved most interactions with high school seniors to digital platforms, which proved to be the key to connecting with students from across the globe. Dueweke explained that, for the first time ever, information about Butler was just as prevalent as information about more well-known schools like Harvard, Stanford or Indiana University.

“A student who lives in California, who may not have the ability to travel to Butler, was able to connect with us virtually when they may not have done so otherwise,” Dueweke said. “The fact that everybody was doing things virtually really leveled the playing field for the idea of access: access to us, access to our information, access to our open houses.”

This increased digital accessibility helped form an applicant pool of over 15,000 students. When looking at this number of applications, the Office of Admission completed a holistic review of each student.

This review process ultimately created a group of over 12,000 admitted students and a class of 1,145 first-year students. The incoming group is the most diverse class in Butler’s history.

Dueweke believes that while there was no “magic bullet” that led to such a diverse group, the combination of digital interactions and a well-developed applicant pool created a perfect storm this year.

Although diversity is often measured by statistics, there are many qualities of this class that cannot be quantified. Many first-year students find themselves to be diverse not because of boxes they checked when applying, but because of their personalities and experiences.

Emily Johnson, a first-year organizational communication and leadership major, said her humor differentiates her from other students.

“I’m unique because I have a contagious laugh and a sense of humor that I hope can brighten someone’s day,” Johnson said. “The Irvington House RAs definitely recognize my laugh by now.”

Haley Toigo, a first-year exploratory business major, said she loves to travel and has been to five countries. Toigo believes these experiences have made her a more worldly person, which will help her make connections with students who are different than she is.

Joey Bucci, a first-year finance major, said he is diverse because of his entrepreneurial spirit.

“I started my own business, and I work for a large roofing company,” Bucci said. “I think these qualities are very unique at a young age.”

Hailey Howard, a first-year health sciences major, said she is unique because she plans to go into the medical field and hopes to focus on underrepresented healthcare discrepancies. Howard anticipates that this awareness will make her a more caring and knowledgeable healthcare provider.

This class’s unique qualities and eagerness to learn from others was apparent to Meg Haggerty, a Butler alumna and the director of new student and family programs. Haggerty is entering her fourth year of directing Butler orientation programming, but has worked at Butler for over 16 years.

Although Haggerty has seen a number of Butler classes come and go, she was delighted by some of the characteristics that the class of 2025 brings. Her unique position gave her a front-row seat to these students as they entered college life a few weeks ago.

Haggerty said that when one of the most anticipated orientation events, “Meijer Melee,” formerly known as “Target Takeover,” was cancelled at the eleventh-hour, she was in awe of the students’ flexibility and willingness to try random activities. Most of all, Haggerty was stunned by the number of students who approached her to say “thank you” for her hard work.

“That graciousness, that politeness and that excitement for opportunity was so apparent in this class,” Haggerty said. “It’s the first time in a number of years that I’ve seen that.”

Haggerty believes these students’ diverse perspectives led them to be grateful and excited to try unfamiliar and silly orientation activities, like a toy dinosaur slingshot or riding a kiddie train around campus.

“To see this class find the joy and the fun in weird things that we didn’t imagine would be cool…it is just so fun,” Haggerty said. “That is why I got into this work.”

Max Singh, a first-year health sciences major, believes that this class’s open mindedness will provide many opportunities for learning in and outside the classroom throughout the next four years.

“Coming from a high school that wasn’t very diverse, this class really opens my eyes and shows me that there are people like me,” Singh said. “I want to hear their stories.”