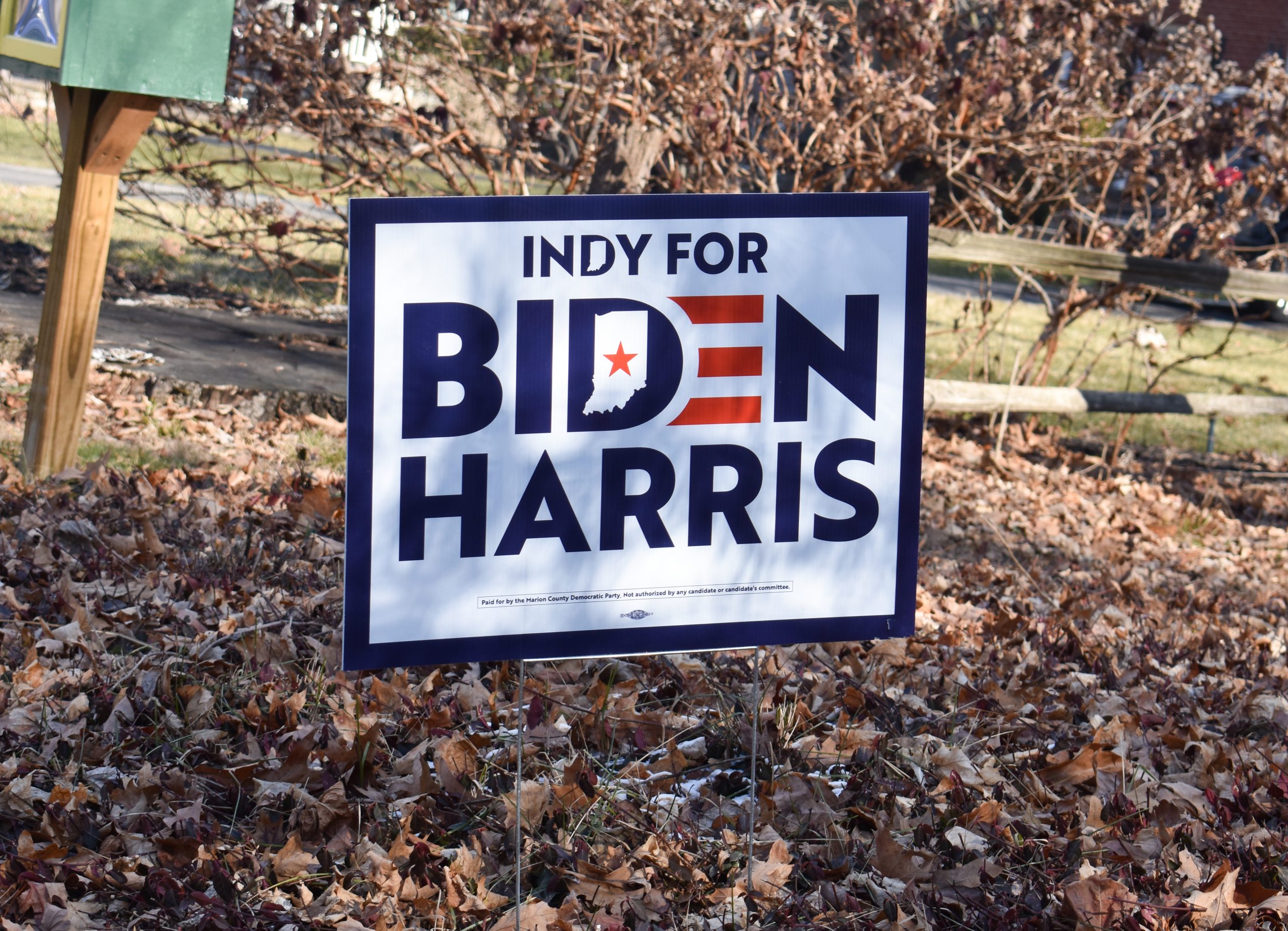 Just two weeks ago, Joseph R. Biden and running mate Kamala Harris were sworn in as the new president and vice president of the United States. For many Butler students, the 2020 presidential election was the first election they could vote in. As such, whether they voted President Biden or against him, many students are paying attention to the actions of the new administration.

Since Biden was inaugurated on Jan. 20, he has set the tone for his presidency through actions such as reentering the Paris Climate Agreement, rejoining the World Health Organization and ending a number of the Trump administration’s most controversial policies, including the “Muslim Ban” and the ban on transgender Americans serving in the armed forces. In all, Biden has issued over 40 executive orders since he took office.

Chloe Helmreich, a first-year statistics and political science major, voted for Biden. She said she is hopeful that the new president will be able to reunite a deeply divided country.

“That is super important to me, because I’m thinking about how polarized we are,” Helmreich said. “… And it’s really scary, because I’m someone who’s pretty [politically moderate].”

Not every student thinks healing the divide is possible in the current political climate, however.

David Bogle, a sophomore chemistry major who voted for Trump, is doubtful that the Biden administration will have much of an impact on unity.

“I don’t think that it’s going to change much, because we’re just so divided right now,” Bogle said. “Look at the last four years, I mean, it’s been insane. Yeah, the split’s too wide now.”

Some students expressed that things will only continue to become more polarized and distrust will continue to build if the Biden administration focuses their energy on executive action that “undoes” actions that were taken by the previous administration.

“It’s getting worse and worse,” Bogle said. “Especially when you have both the House and the Senate. I mean, you don’t need to [take executive action], you can legislate your entire policy through the normal means. Why are you signing executive orders?”

Christopher Luis Paez Reyna, a senior philosophy and race, gender, and sexualities studies double major, agreed that reversing Trump’s actions will not be successful in helping to bring the country back together.

“I think what I hope to see is a little bit of consciousness being put forth, in terms of making sure that we don’t isolate ourselves into a position in history where we’re looking at it as, ‘Oh, we need to recover from what the Trump administration did,’” Paez Reyna said.

While Paez Reyna voted for Biden, he described this choice as being “the lesser of two evils.” He said that he approves of actions that the new administration has taken so far, such as the rejoining of the Paris Climate Agreement and the removal of the Keystone Pipeline Permit. However, he is wary that the way these issues are being approached will further divide the country.

“I think it’s been moving in the way that I anticipated it was going to move, but I’m worried,” Paez Reyna said. “I remain very worried … about the future, in general, of the community.”

“Biden’s really big on COVID stuff and helping the country out more than the last administration did COVID-wise, and he’s already put a mask mandate in all federal property,” Helmreich said. “…He’s issued a mask mandate on all public transportation, which is kind of like, ‘how has that not already been put in place?’”

However, not every student is happy with the Biden administration’s COVID-19 response changes.

Biden has taken action in many different policy areas during his first two weeks as president, but only time will tell what his legacy will be. However, the beginning of the new Biden administration has already demonstrated a significant shift in tone from the past four years of leadership.