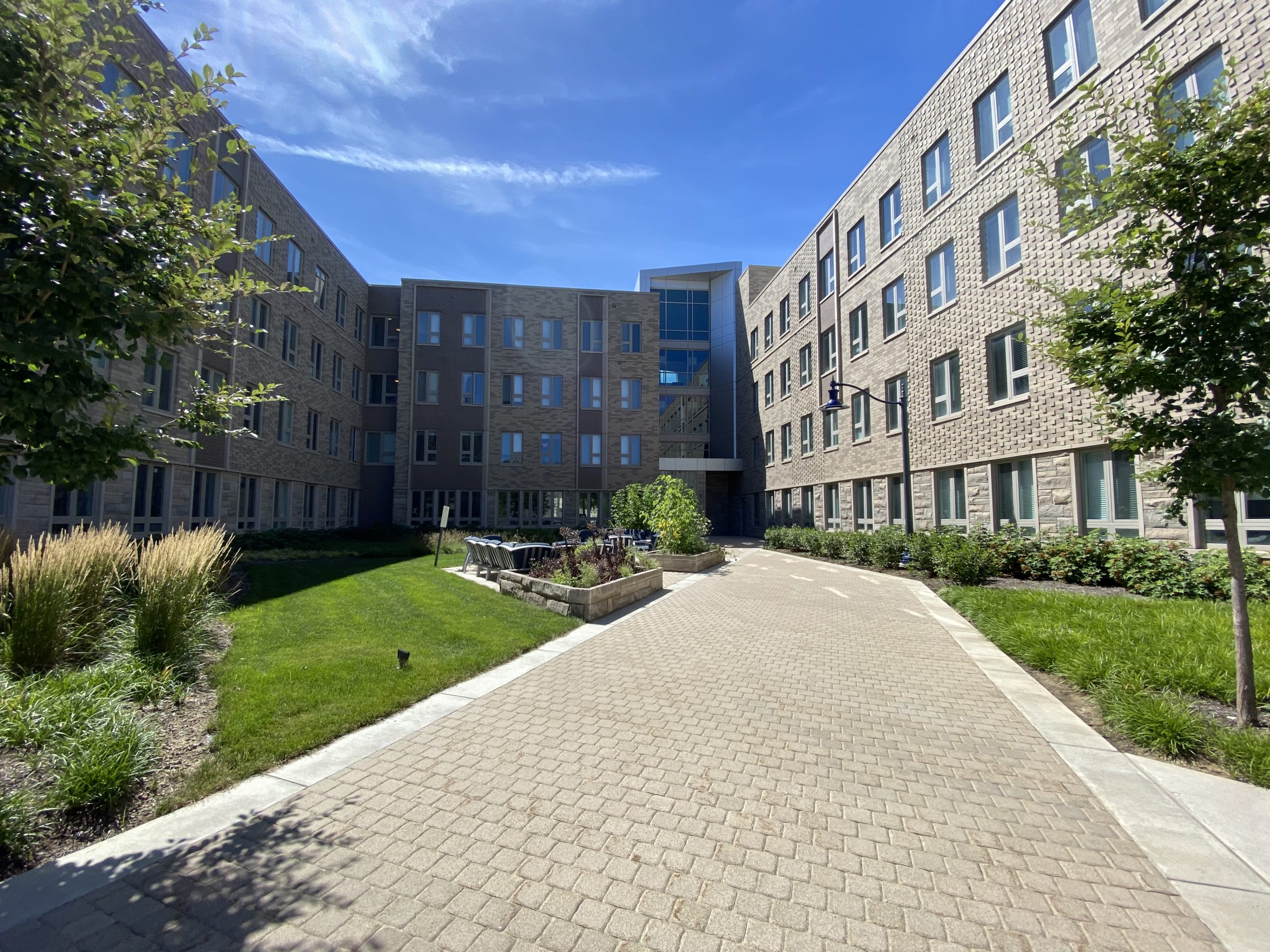 As the semester reaches its halfway point, first-year students are adjusting to college life under unusual circumstances. In response to COVID-19, Butler has removed fall break, discouraged students from leaving campus and required most events to be virtual. This has impacted everyone on campus, especially first-years who are getting their first taste of independence.

First-year pharmacy major Maria Chapelle said it has been challenging to meet people virtually. She said it can be hard to connect with her peers in the virtual classes, so she has mostly met people from her in-person classes or around her dorm building.

During her online classes, Chapelle said she doesn’t really get to know her peers’ names or get to interact with them. She said in-person classes help her form better relationships with her classmates because it is more interactive than her professors lecturing over Zoom.

As a student who grew up close to Butler in Carmel, Chapelle said it is nice to already know the area. That, along with knowing a few other students at Butler from her hometown, has helped combat some of her homesickness.

Chapelle said it can be challenging to reach out to new people, however, and it can be hard to form friendships with people she does not see in person on a regular basis. Chapelle often tries to connect with her classmates over social media, mainly Instagram and Snapchat.

“[Social media] helps if you have questions about homework, and you can bond over assignments, but there are no personal connections beyond school aspects,” Chapelle said.

In addition, Chapelle has gone to one of the virtual events to try to meet people. She said it was nice to meet some of the people that she sees around campus, but she was not able to talk with her peers during the event.

Gabriella Tzougros, a first-year human communication and organizational leadership major, grew up a little further away from campus than Chapelle, in southeastern Wisconsin.

Though Tzougros said it can be hard to meet people in her classes, she believes first-year students can relate to each other since many are experiencing similar things. Tzougros thinks everyone has been welcoming on campus.

“When people walk around, we always say hi to each other,” Tzougros said. “I think that’s really helpful with not being able to have big events, because we still are nice and everyone’s friendly.”

Tzougros also has a twin at Butler, so she said it has been helpful to have a family member on campus to combat homesickness.

“We are both really independent, but we both rely on each other to keep each other on track,” Tzougros said. “It makes me more comfortable in a new environment to have someone I can always talk to, or if I don’t have someone to go to lunch with or dinner with, it is really nice that she’s here.”

Even with her twin on campus, Tzougros is still looking forward to seeing the rest of her family at some point. Tzougros said she is excited to spend time with her family during the long winter break, but that she still wishes her parents could come to visit her and her sister on campus.

Tzougros said she is trying to take advantage of everything Butler has to offer, and using resources like the library has made her feel more at home.

“I think Butler has done a good job of [providing] resources,” Tzougros said. “I tried to put myself out there… and use the campus as much as I can because there’s so many good resources. I think one of my favorite findings was the Writers’ Lab…It really helped me with my first paper.”

First-year dance major Joanna Henn has also taken advantage of the resources on campus by joining student organizations. She said she joined Butler Cru, a student ministry, and the members have been engaging and friendly to her. This positive experience makes her look forward to joining other clubs around campus.

However, Henn said it can be challenging to meet new people outside of clubs and her major.

“It is a lot easier to be close to other people in the same major because we see each other all the time, but in my other classes I haven’t seen them as much outside of class unless they live in the same wing in Resco,” Henn said.

Since she was not able to go home or have her parents visit, Henn said she believes she was able to feel more at home at Butler. She is from Greenville, South Carolina, which is about a 10-hour drive away from campus. Even though she lives far away, Henn said she has not felt homesick until recently.

“[I feel a] little homesick,” Henn said. “It didn’t start really until this week, but I have been talking to my family about once a week. I talk to my boyfriend once a day which really helps, and every couple weeks I chat with my friends.”

By making new connections and staying in contact with old ones, Henn feels more comfortable at Butler. However, without a fall break this year, Henn explained that schoolwork has been exhausting at times.

The transition from high school to college in terms of coursework has been a new challenge for Chapelle, Tzougros and Henn. It can be overwhelming and demanding for new students, especially without a break.

“I can understand why we shouldn’t all leave in a mass exodus, but many people are starting to feel burnt out,” Henn said. “I wish we could have a college-wide mental health day for people to rest.”