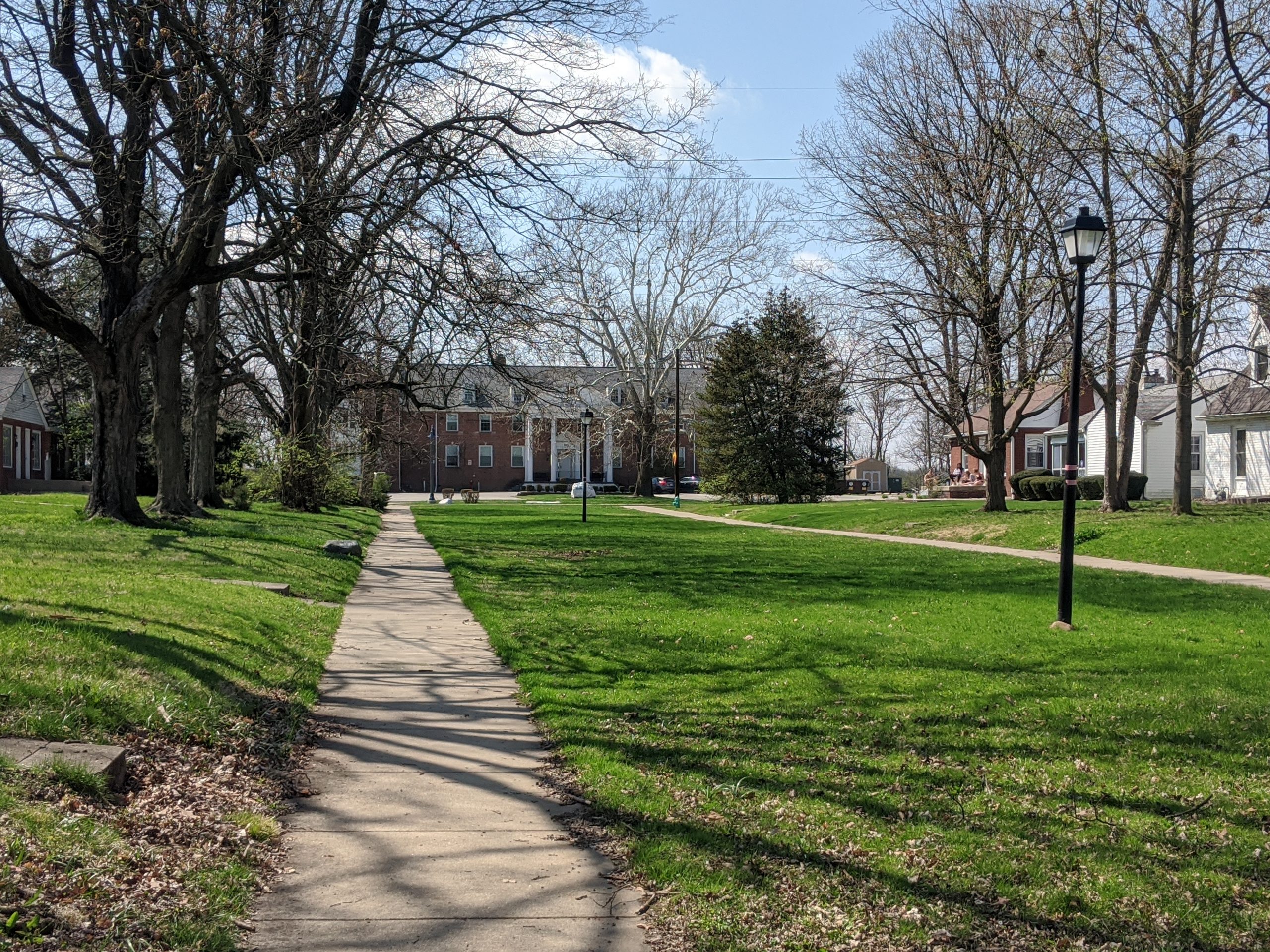 Students pictured on the Knoll. Photo by Joshua Doering.

On March 17, coronavirus concerns forced Butler to close all on-campus housing for the rest of the semester. As students shuffled back from spring break to quickly collect their essentials, a portion of seniors chose to remain in their homes close to the now empty campus.

Many seniors take advantage of leasing houses that are not owned by the university and therefore are considered off-campus. Yet these homes are still considered part of the Butler community, as most only have a few blocks separating them from the school. Despite the houses being privately owned and rented, Butler still urged all students to return home.

However, lease agreements, internships and the logistic struggles of moving home are just a few of the factors in some students’ decisions to stay put.

Ellen Ward, a senior human communication and organizational leadership major, briefly considered Butler’s suggestion. After speaking with her parents about staying at Butler, the decision was ultimately left to her.

“I was thinking if [my housemates] were all going to leave and go home, then I would probably leave too,” Ward said. “But some are staying and also I’m pretty far from home, so it would definitely be more of an investment to try to get everything together and drive home.”

Senior accounting major Erin Butler had to stay on campus because of an internship, but her family was not concerned about her staying in her senior house. Butler’s housemate also stayed.

“I wouldn’t have wanted to go home anyway,” Butler said. “I figured it would be fun to be with her for a while longer before we graduated.”

Catherine Bain, a senior psychology and criminology major, was encouraged by her parents to come home, but there were several things tying her to campus.

“One, I am paying to live in a senior house and I knew I wouldn’t get out of paying for that even if I didn’t live here, so I didn’t want to pay for a place where I wasn’t going to live,” Bain said. “Two, as it is my last semester here, I thought I would at least enjoy being on campus to try and suck up the most Butler possible. Three, I knew that if I went home I would be far less productive than if I stayed here since my body is kind of conditioned to think it’s ‘break time’ when I go home.”

Like many students with senior housing, Bain has yet to hear from her landlord since coronavirus restrictions were put in place. Similarly, seniors have not received much more information regarding Ross’ email.

“We haven’t really heard anything else from [Butler] as students who live off campus,” Ward said. “I don’t think that’s necessarily their first priority. I’m sure they’re dealing with it right now, but that was definitely unusual that they were like ‘you should head home,’ but they haven’t really reached out with any resources or guidance beyond that for students who live off campus.”

At a time when Butler is typically coming out of a long winter hibernation, Ward, Butler and Bain described the empty campus as unusual and sometimes spooky.

“It is super super super weird,” Bain said. “More than anything else, I still often run on campus and it’s weird to run and see no one else around. It’s very surreal. Kind of like a ghost town.”

The lack of faculty, staff and students, along with the bare buildings, results in an often monotonous environment. Though Indiana Governor Eric Holcomb’s stay-at-home order severely limits any non-essential activities regardless.

“It is fun but also so boring,” Butler said. “There isn’t any purpose to leave the house because everything is closed. Taking walks is about the only thing on campus I do anymore.”

For those seniors that do remain, the enticing combination of online schooling and warmer weather can occasionally strain social distancing efforts. This is especially problematic for The Knoll, a stretch of grass down Berkley Road where many senior houses — and senior parties — are.

“On Saint Patrick’s Day there were definitely some people out on the Knoll, I think that was at the time that most people got back,” Ward said. “I think people for the most part are practicing social distancing, but it’s hard to tell because you can’t really see where everyone is.”

According to the CDC, one of the best tools to avoid exposure to coronavirus is stay at least six feet away from others, not gather in groups and avoid mass gatherings or crowded spaces. Popular spaces like The Knoll can easily test ancy, stir crazy students to follow social distancing guidelines.

“I see several people on social media that are on the Knoll,” Butler said. “I’m surprised so many stayed on campus. I have a small group of friends I hang out with, but not outside of that as to adhere to social distancing rules and suggestions.”

Some Butler students chose to stay at their senior houses on the Knoll instead of going home. Photo by Joshua Doering.