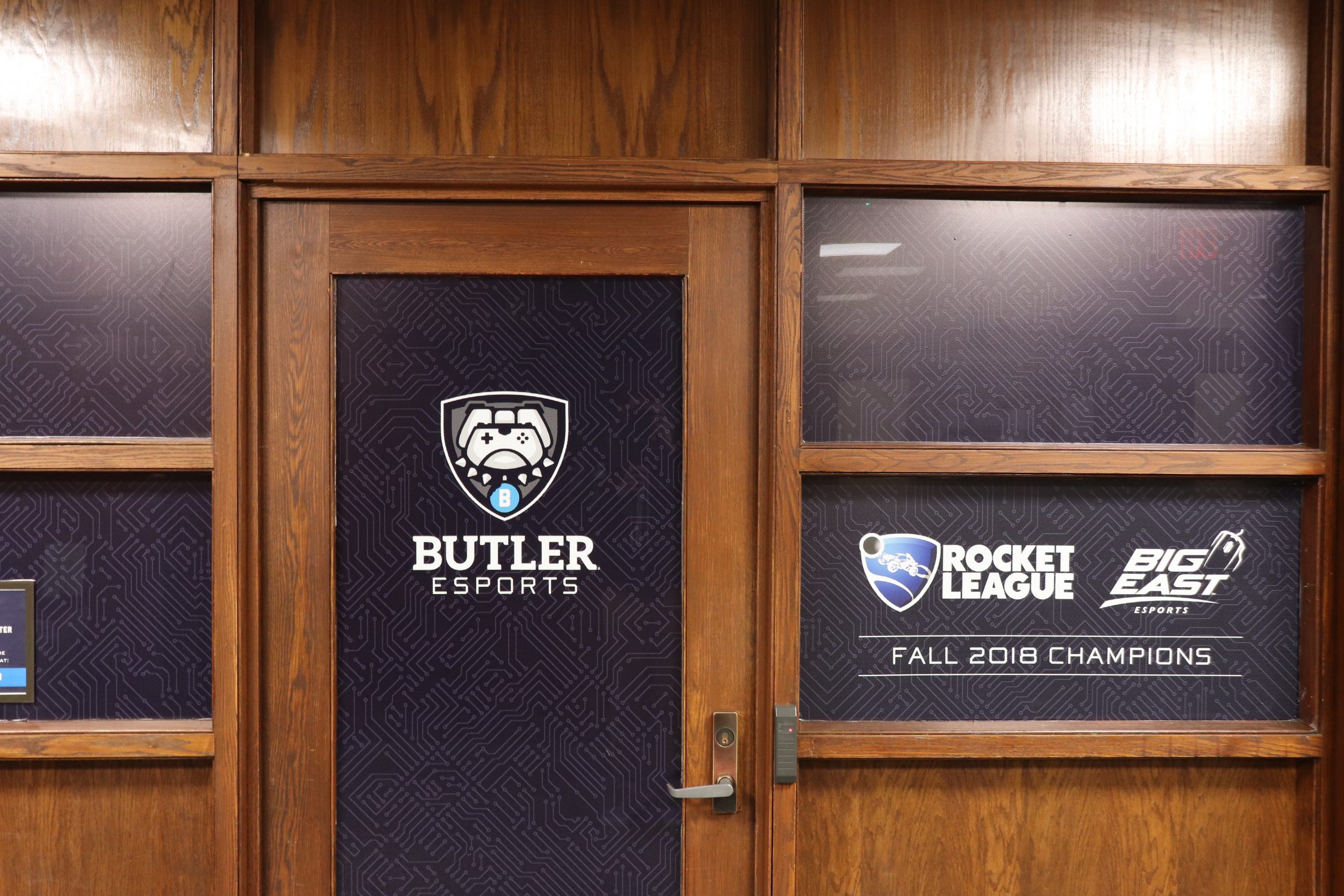 The new Butler Esports area in the Atherton Union basement is now open, but will be fully functioning in coming weeks. The new arena is a small scale facility being used to test their technology, with five PlayStations, seven computers and two Nintendo Switches.

However, this number will increase to around fifteen of each type of equipment in the coming weeks, Henry Johnston, junior vice president of content for the club, said.

The long-term facility for the Esports club will be located in the large arena being built in the Sunset Boulevard parking garage, next to Chatham Tap.

The Butler Esports club started in Spring of 2018 and now includes over sixty active members. Members compete in a variety of games, from Fortnite to Super Mario Smash Brothers, and the club competes in Big East conference, Collegiate Star League and Tespa, a collegiate gaming league.

This is the first dedicated room for esports on campus and the Esports club has benefitted from it already.

“Having a central place where we can all come together and practice together is so much more beneficial than practicing alone in your room, separated from your teammates,” Johnston, a junior digital media production major, said.

Johnston also said when the team practices together it allows them to grow their chemistry and make sure they know how to play around each other.

“We don’t go through a playbook or anything like that, since the flow of the game changes every second it’s hard to create standard plays,” Johnston said. “We’ll just play a bunch of games together.”

Eventually, the Sunset Boulevard facility will hold around 30 to 50 computers and consoles, as well as a server room and production room for the teams to utilize during competitions. However, this arena will affect more than just the Esports athletes.

“We have a huge community capacity with it,” Johnston said. “We have a gaming arena that anyone in Indianapolis can come to. You don’t have that anywhere. It’s next level.”

Johnston added that the other schools in the Big East and around the country that want to get into esports are looking to Butler as a model for how to invest in the sport.

However, not all students look at the investment in esports as a good thing.

David Strickman, a junior entrepreneurship and innovation major, disagrees with the decision.

“This is a bad idea,” Strickman said. “I think that a restaurant would have satisfied more students and would have been a better use of tuition money.”

The Esports Arena on Sunset Boulevard will be set to open sometime next school year, and will also allow the club to add more teams, including a FIFA team and a NBA 2K team.