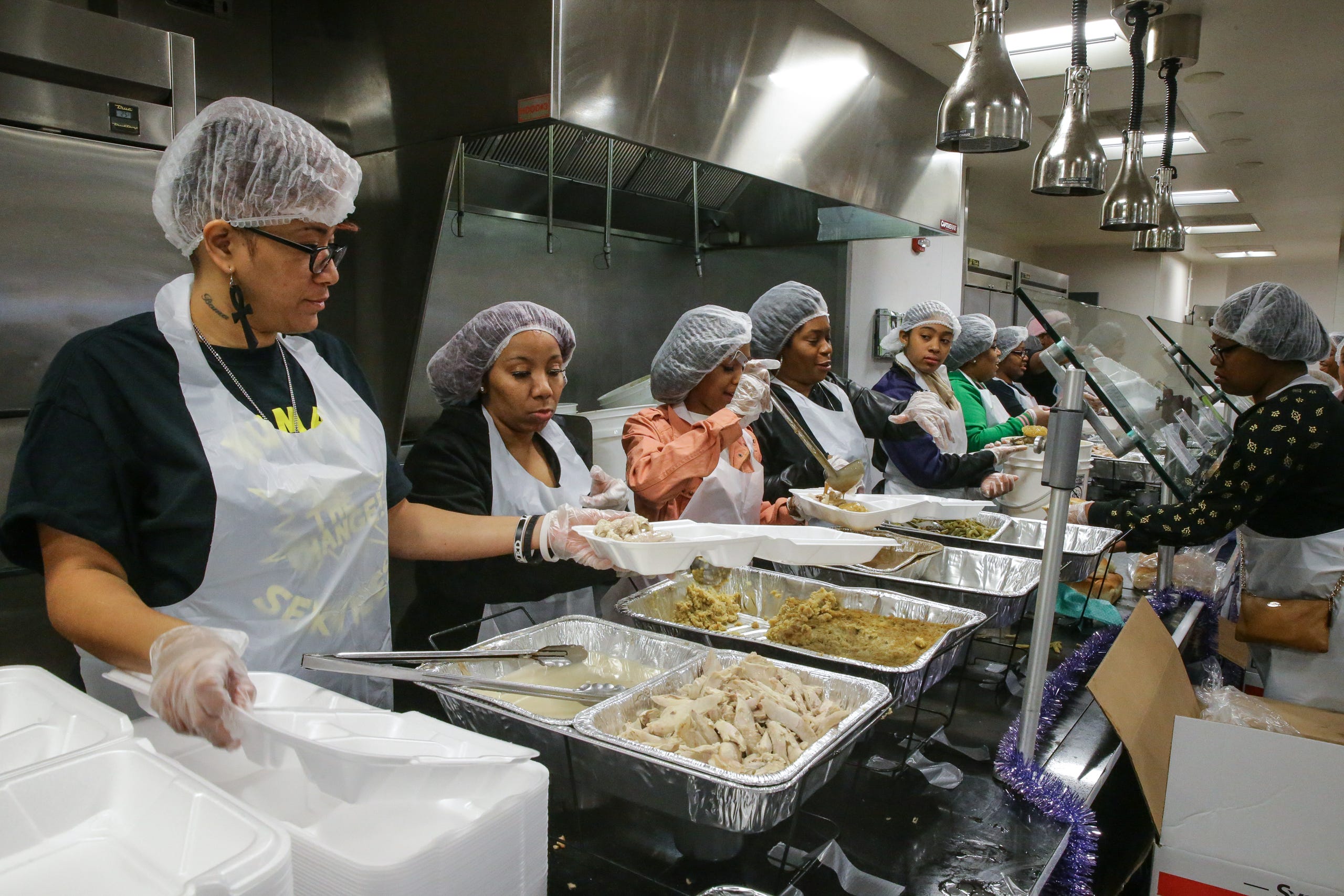 On Nov. 28, the Mozel Sanders Foundation will partner with Butler University for the 17th consecutive year to serve over 20,000 hot meals for Thanksgiving in Atherton Union.

For over 40 years, the Mozel Sanders Foundation has been working to provide free meals to those in need. The non-profit organization is based in Indianapolis and raises around $130,000 annually to fund the Thanksgiving meal, according to its website.

Typically, the Mozel Sanders Foundation provides around 40,000 hot meals on Thanksgiving Day, and the ones served from Butler’s campus account for roughly two-thirds of those.

Charlie Griswold, a sophomore marketing and finance major, said the Mozel Sanders Thanksgiving dinner highlights the importance of family during the holiday season.

“Thanksgiving is all about families, and some aren’t as fortunate as other ones,” Griswold said. “So, it’s important to give back so that everyone is able to experience what families get to experience.”

Meal preparations start at around 3 a.m. in the Mozel Sanders kitchen on Thanksgiving Day, and meals are delivered by UPS and FedEx to Mozel Sanders’ satellite locations and individual homes from 11 a.m. until 4 p.m. Volunteer staff work to help prepare, package and transport the meals.

Anyone is able to call to request a plate from the Mozel Sanders Foundation, and likewise, anyone can volunteer.

Brooke Blevins, a junior human communication and organizational leadership major, is the student director of Butler’s volunteer services office. Even though the Mozel Sanders Thanksgiving dinner is organized independently from Butler, Blevins said she thought the event was important.

“I think food insecurity is a really prominent issue in Indianapolis,” Blevins said. “Many people don’t realize that because it’s not as visible [of an issue], and around the holidays it’s important to provide for that, especially for a holiday centered around food such as Thanksgiving.”

Dawn Jones, a public relations marketing specialist for the Mozel Sanders Foundation, said she enjoys how the volunteer experience brings everyone together for the holidays.

“What’s really great is when you see whole families coming to help together,” Jones said. “We don’t place an age limit on helping — they can’t help in the kitchen — but youngsters help out front. We have the little kids put together kitchen packages with hairnets and aprons. I just think that really warms my heart because they look at how fortunate they are and also realize that others are not.”

For several years, Indiana Governor Eric Holcomb and Indianapolis Mayor Joe Hogsett have both volunteered to help serve the Mozel Sanders’ Thanksgiving dinner. This year, the governor is unable to attend, but Hogsett is still planning to volunteer.

“We typically have our leaders holding offices across all parties helping out,” Jones said. “The mayor is there every year serving food alongside everyone else. It’s not a Republican or Democrat issue, it’s a hunger issue.”

Those looking to volunteer to serve or deliver meals can sign up on the Mozel Sanders Foundation website.