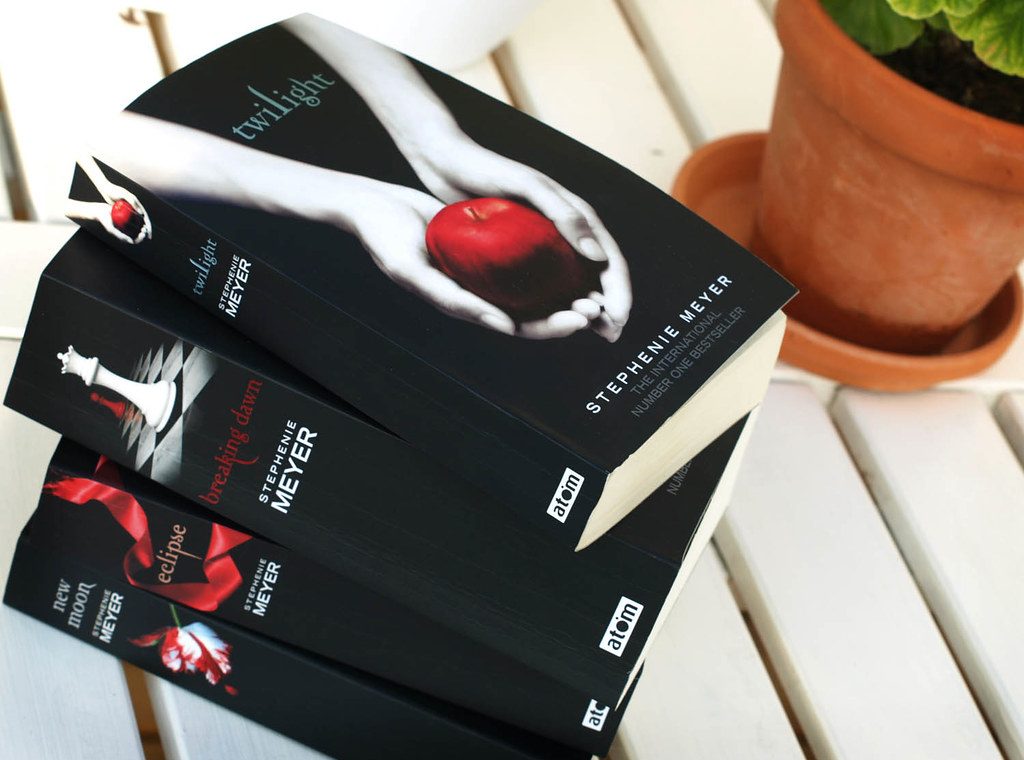 I am really sorry to do this, but imagine you are 12 years old again. Abercrombie is the only clothing brand allowed — with the exception of Hollister in the summer. You had a sliding phone with a keyboard that you memorized the buttons on so you could text under your desk, and your social standing truly mattered if you were Team Edward or Team Jacob.

There were five to seven copies of Stephanie Meyer’s “Twilight Saga” in the school and local library, two sets in the classroom, and one collector’s item set that sat directly on my nightstand back at home. “Twilight” was everywhere. You would think that four mediocre books and five glorified music videos for movies about a moody teenager with separation anxiety and a death wish would be enough, but with internet culture just about to take off in 2008… there was only more to come.

There were spin off stories, way too much glorified fan-fiction — “Fifty Shades of Grey,” I’m looking at you — themed weddings, parody movies, articles about Robert Pattinson and Kristen Stewart’s relationship, and so, so much more.

Now, upperclassmen, we were born at a weird time: between 1997 and 1999. We are technically part of Generation Z, but we grew up with Millennials and Generation X as our siblings and parents. We are not entirely 90’s kids, but we also have seen a working Nokia phone before.

We grew up with media and social media use. Unlike with Gen-Zers, though, it truly did not begin to function the way it does today until our high school years; it was only just breaking the social media surface tension while we were in middle school. Yet, we still theme our Instagrams to fit an aesthetic, work to keep the Snapchat streaks alive, and “stan” franchises or celebrities. We truly exist in generational limbo. Not only do we reside within this limbo, but so does our beloved Twilight franchise. It is almost as if we are — wait for it — Generation Twilight!

“The Twilight Saga” franchise saw the opportunity internet culture was creating during our middle school years and did the absolute most with it. We were not using social media to the extent we do now back in 2008, but internet culture was just beginning to blow up during this time. It was “Twilight” that set a platform for other major internet media franchises to build on as things progressed throughout the years.

“The Twilight Saga” walked so that “The Hunger Games” could run — and now almost all media corporations sprint to create more and more content for their followers. We sit here and stan everything: “Stranger Things,” “Game of Thrones,” Lil Nas X, everything under the sun. But no one, no one stans “Twilight” like us ‘97-’99 babies.

To further my observation on the solidity of “Generation Twilight” existing, I asked Maeve Van Etten, a first-year sports media major, and Laurel Steinly, a junior dance major, their experiences in relation to “The Twilight Saga” Franchise. I chose a first year student and an upperclassman to see if even a couple years emphasized the vague generational gap. The line between this three year gap can be blurry at times, but I feel that understanding “Twilight’s” influence could solidify that line a bit.

When asking if either of the students knew of the “Twilight” world, both said they knew of it, but Van Etten had never watched or read anything related. Steinly, on the other hand, made it a point to attend the midnight premieres because “that was the indicator of your level of cool in my grade.”

“Twilight” seemed to become the guide to social hierarchy in middle school and even with a three year difference, those hierarchies were drastically different. “Twilight” made you popular if you were 11 years old in 2008, but it made you a weirdo if you were eight at the time.

These days we keep our “Twilight” love hushed, and for good reason too — the movies and books are just not good.

“The movies have become so horribly delightful that you almost need to keep watching until the end,” Steinly said.

They are almost comedic in their presentation, but because “Twilight” peaked at a time where all we wanted to do was fit in, we can not help but look back with admiration.

It did not matter if you had Aeropostale jeans instead of Abercrombie. It didn’t matter if you didn’t have a phone so you had to email your friends to keep in contact with them. If you were a die hard stan of “Twilight,” you could totally sit with us at lunch.