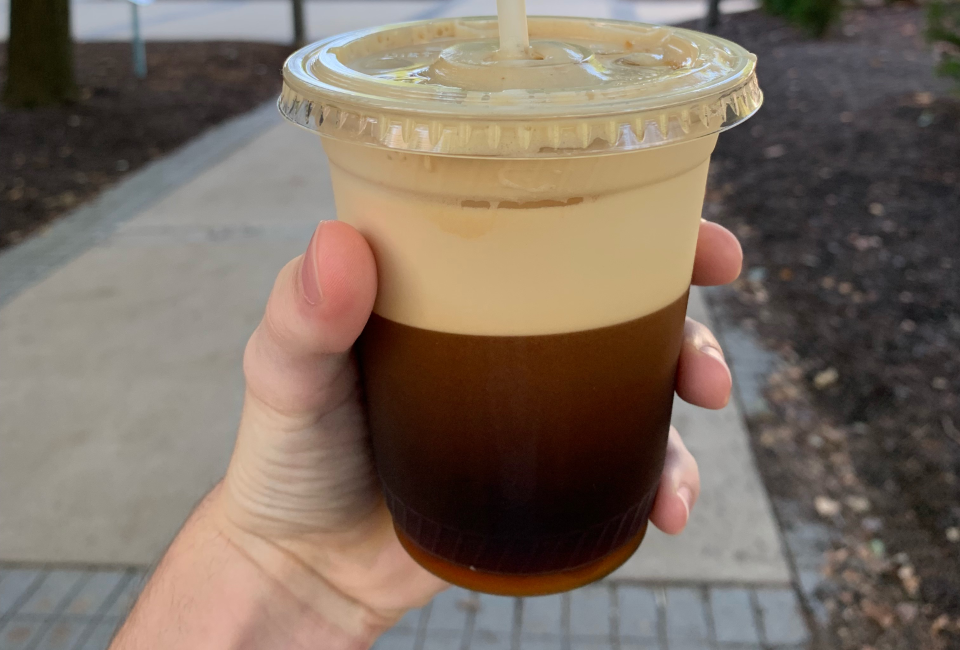 Alright, everyone: I know nobody asked for it, but here you go. I went through the trouble of spending $3.15 — $4.20 with taxes — for the nitro brew from Julian Coffee Roasters in the new Lacy School of Business building. So, how does it compare to regular cold brew coffee? How frothy is the foam? Is the java smooth, sweet or shoddy? And of course, what the funk is nitro? Let’s get into it with this week’s Brew View.

Conventional cold brews use carbon dioxide to give them that frothy effect, and a load of sugar to make them taste sweet. Nitro brews, oh so surprisingly, use nitrogen instead. Using nitrogen not only gives the froth a smoother feeling, but also gives the illusion of sweetness. Almighty Google told me using nitrogen means less sugar, so it’s healthier. Congrats coffee heads; now you too can be a health god at 7 a.m. after pulling your second all-nighter of the week.

The froth in the nitro brew is smooth, really smooth, so smooth that I used it as my shaving cream after I got back to my dorm and, now, I look like a baby. Describing it would make it sound like you’re sipping on a cloud, but feeling it against your lips is kind of like a first kiss with a rabid animal. Frothy.

All I’ve talked about is the foam, so how’s the actual coffee? Well, it’s bitter. If you get the nitro flavorless, it tastes like watered down high school cafeteria coffee. Don’t want a flavorless coffee? You’re in luck. The nitro brew likes to keep its options open. For an extra 50 cents, you’ve got a choice between regular or sugar free vanilla and caramel, hazelnut, raspberry and amaretto. Don’t get your hopes up too much alcoholics, the amaretto is just the sweet taste, not the booze. For cheap-a-holics, this also means it’s less expensive.

“Oh heavens, how am I ever to pay for such an expensive cup of cold joe?” I hear you calling out. Don’t worry, you can use flex dollars, cash or card at the Business Building Café.