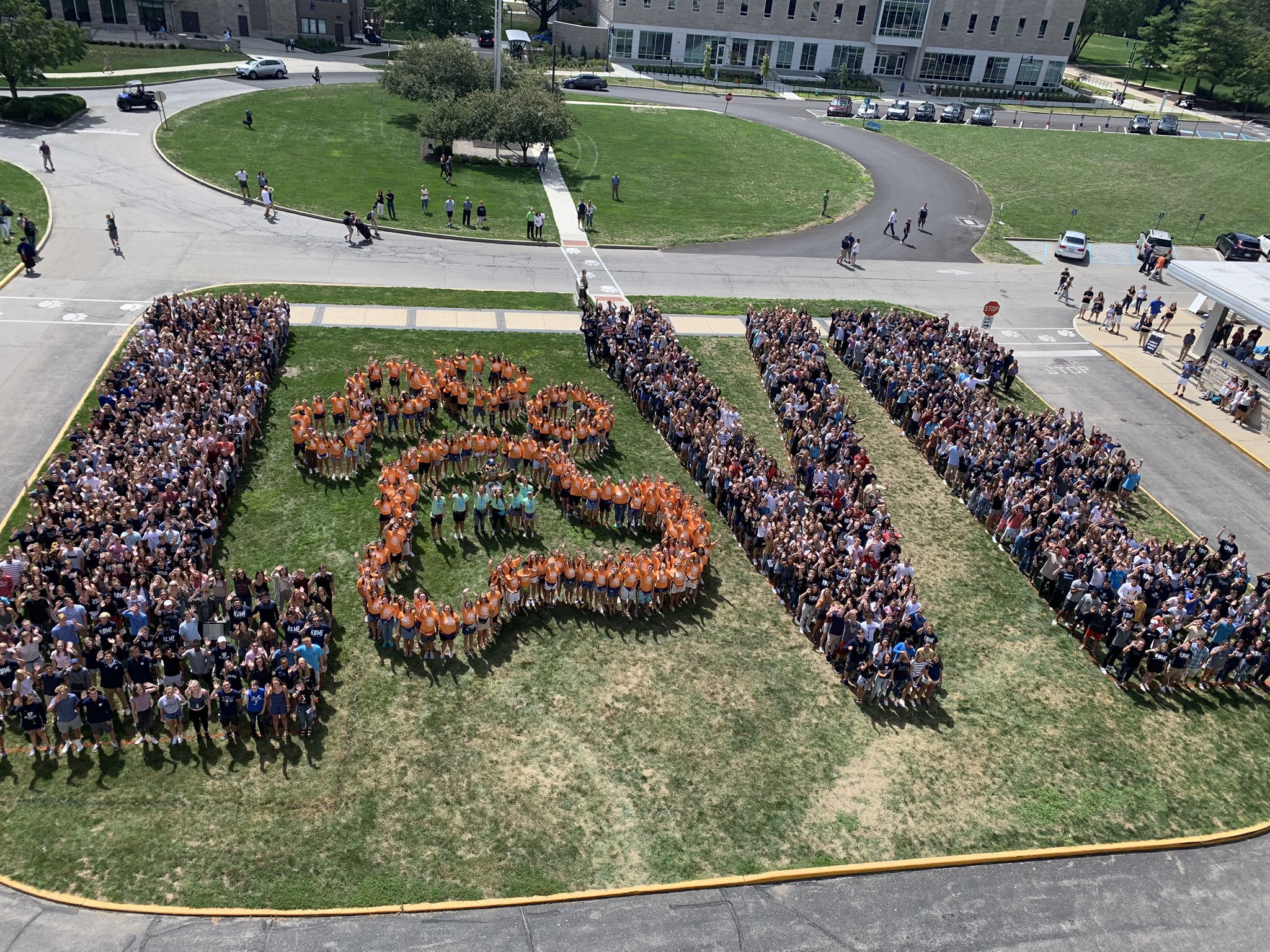 Butler class of 2023 poses for a picture outside Clowes Memorial Hall. Photo courtesy of Butler University.

Butler’s incoming students experienced a redesigned Academic Day on Monday as part of the university’s Welcome Week programming. The changes were part of an effort led by provost Kathryn Morris to make Academic Day more engaging and useful for new students.

Morris used data collected by the Division of Student Affairs on previous Academic Days to examine what parts of the day students found most helpful.

“We were looking at the way we had been doing Academic Day for the past six or seven years and thinking, ‘Are we doing the very best that we can by our students?’” Morris said.

The two main alterations were the discontinuation of faculty orientation guides and a common-read book for the incoming class.

Junior Yzabel Tio, who is in her second year as a student orientation guide, agreed with Morris’ assessment of the common read.

“It felt like pulling teeth sometimes to get answers from them and a lot of them didn’t read the book, which happens every year,” Tio said.

The actual schedule of Academic Day changed as well. In the past, incoming students gathered as a large group in the morning, then split up by college in the afternoon.

Morris said meeting by college “seems to be the most impactful” part of Academic Day and made that the start of the day so students would be as energized as possible.

“It became really hard for students to give their full attention to those important meetings with the colleges and the departments in the late afternoon,” Morris said.

Each college was given from 10 a.m. until lunch to spend however it wanted with its new students. Some colleges opted to keep all their students together the entire time while others divided into smaller groups.

Instead of being assigned orientation groups like previous years, faculty were asked to join the students from their college for lunch. Morris said the goal was to create more meaningful interaction between faculty and students.

“It was really nice to meet all the faculty because they all care about each other,” Austin said. “It was nice to see how faculty interacted with each other. It was interesting to get their vibe.”

Lineweaver said she and Hall have given their presentation for five or six years, starting with the psychology department and most recently as part of the “Becoming Your Best Bulldog” Welcome Week series. Between 80 and 120 students usually attended the presentation.

“I hope that it helps students get excited about the new challenges that they’re going to face at Butler, regardless of where they are coming from,” Lineweaver said. “I think it’s really fun to get up and show students that Butler cares about their academic success.”