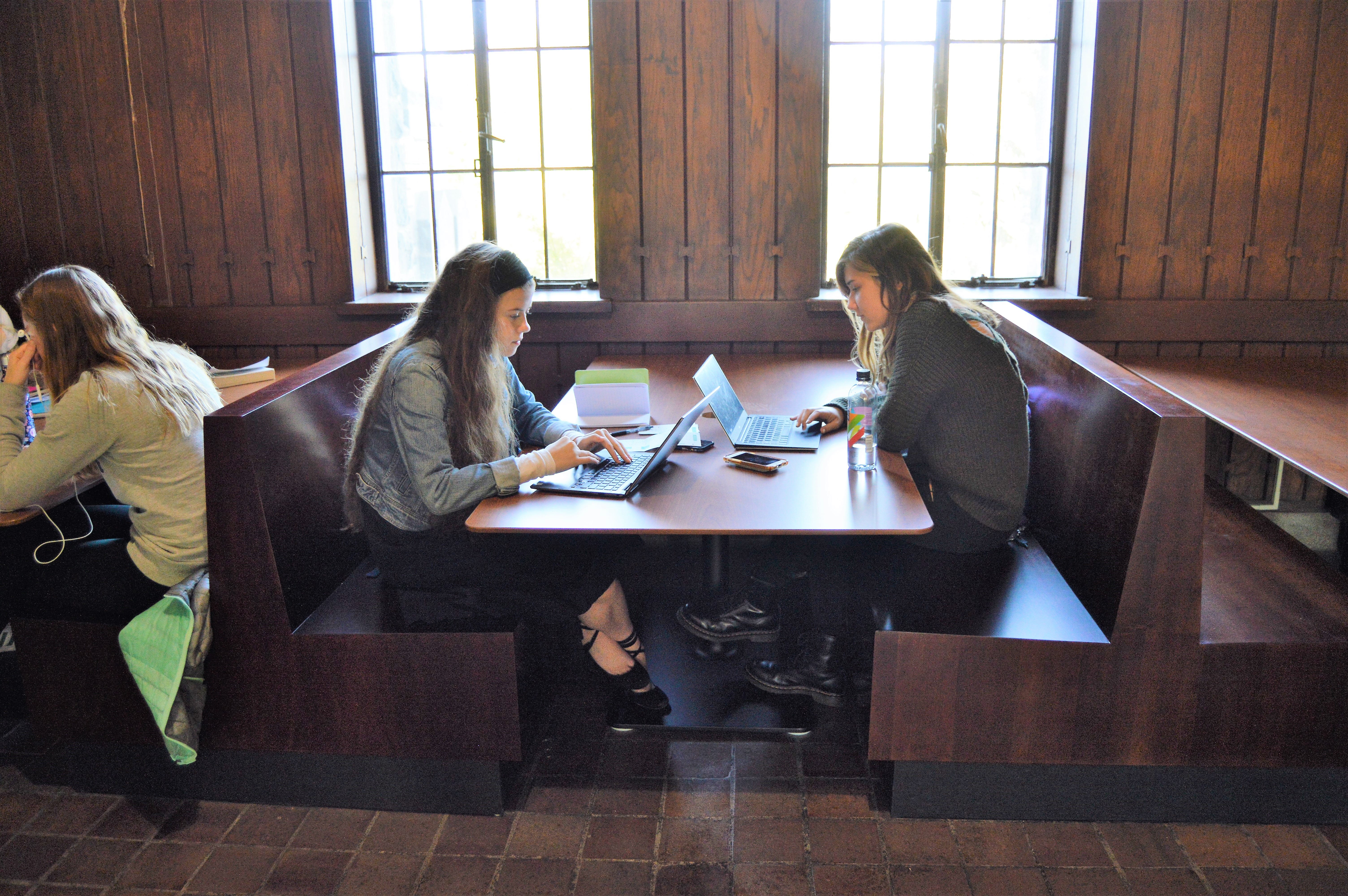 The Student Government Association Student Initiative Board has installed several new pieces of furniture in the hallways and landings of Jordan Hall. This project was funded through the University Capital Budgeting process.

The updated furniture comes two years after students expressed a desire for furniture that was more accessible and included amenities like power sources. As of last week, the old sunken-in couches and low, round coffee tables have been replaced.

After SGA’s Capital Budgeting request was accepted, SGA members were able to decide on and purchase this new furniture in conjunction with some university administrators.

John Lacheta, vice president of the Student Initiatives Board, said student concerns were in regards to “the soft space on campus, accessibility to students, and vicinity to academic spaces.”

“We mixed long-term and short-term study spaces, ” Lacheta said. “There are some spaces where you might sit down for 15 minutes as you’re waiting for class just to do something or hang out. And then there are some spaces, like the booths, [where] the intention is for more long-term studying: to sit there and write a paper for an hour or two.”

Lacheta also said that the old furniture is being repurposed in other areas on campus, including the Dean’s office and the CHASE office.

Students who frequent Jordan Hall, either for classes or to utilize the abundant soft study spaces, had varying opinions on the change to more long-term spaces, which features higher tables and wooden booths.

Jensen has two classes in Jordan each week and is more partial to the comfy feel of the old furnishings.

“I spend a decent amount of time [in Jordan Hall],” Jensen said. “I miss the old furniture. Because it was kind of beat up, it felt a lot more comfortable, a lot more relaxed. Here, it’s just all angular.”

Jordan Hall was built in 1928 with a Collegiate Gothic architectural style in mind, making it one of the three original campus buildings, along with Atherton Union and Hinkle Fieldhouse, still around today.

Other students like Alexandrea Schlafer, a first year English major, said she could understand the reasoning behind the modern look of the new furniture.

“Considering its status as a historical building, it’s nice to see they’re trying to modernize however they can,” Schlafer said, referring to Jordan’s spot on the National Registry of Historic Places.

Butler community members can now use the new furniture which is prominently featured on the top two floors of Jordan Hall.