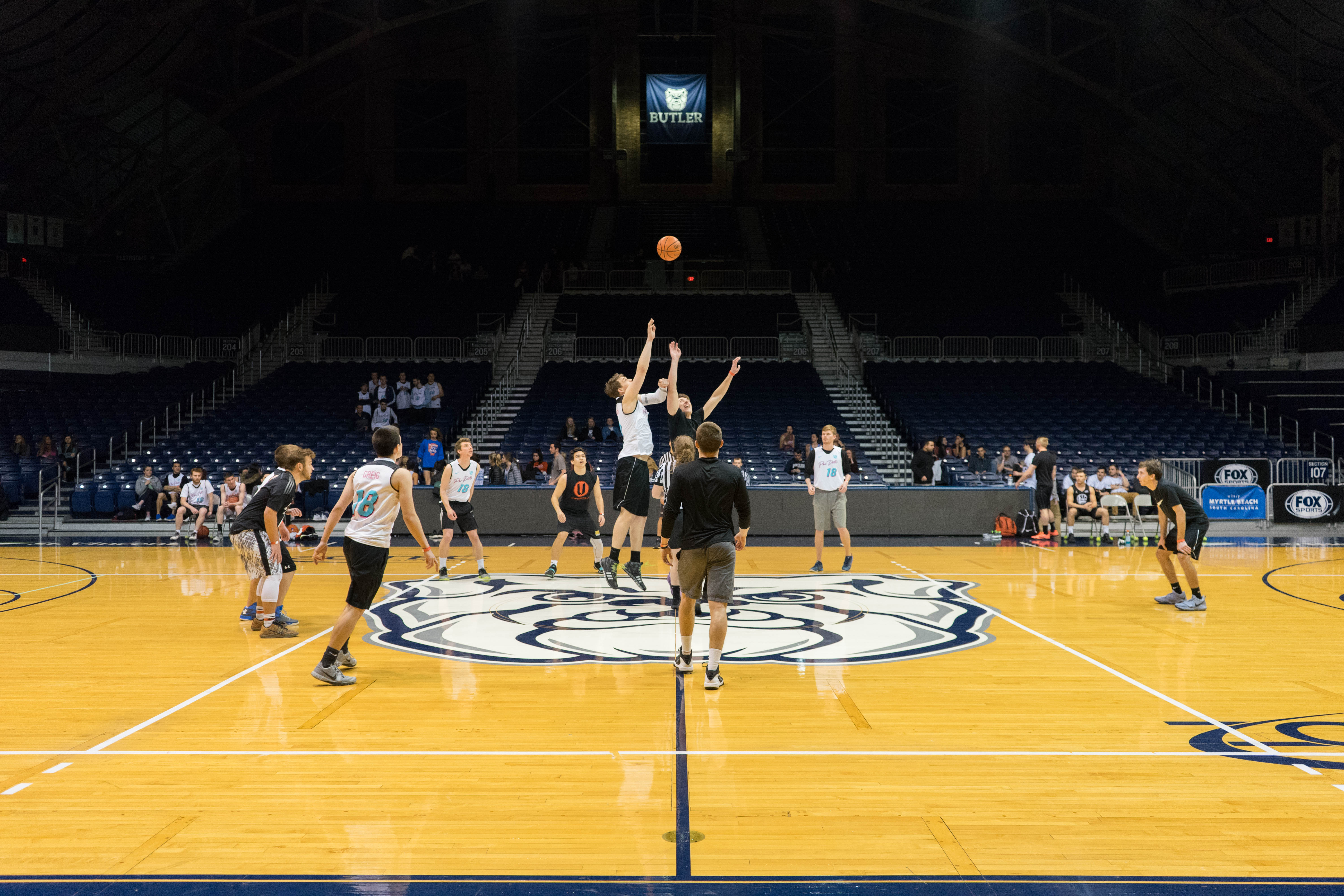 Most of the money raised came from the $150 each team donates when they sign up. The other $2,000 was a result of Penny Wars between all the teams and donations. Penny wars is when all the Spring Sports teams donate coins for positive points towards their organization. Teams can also donate cash towards other organizations for negative points.

Spring Sports is a 12 hour event starting at 6 p.m. Friday night, and ending 6 a.m. Saturday morning. Food is served every hour and games go on throughout the night that teams try to compete in for points. Spring Sports is meant to fund raise and raise awareness for Special Olympics.

an assistant major, is one of BASO’s co-chairs. She said that although raising money is important, she thinks the most significant part is the education and awareness that Spring Sports brings.

As part of the 12 hour event, students were able to write their “Why I stay up all night” reason on a wall. Del Priore explained that she stays up all night because she believes it is the least she can do for such an important cause.

“They are such incredible people and I love what they do for us,” she said. “Just doing the event that promotes these athletes and really, whatever we can do to promote it at Butler is so important. Staying up at Butler is a small fee.”

First-year Keegan Sawin, a psychology major on the pre-medicine track, is also a member of BASO. She said she stays up because of the relationships she has been able to create with the athletes of Washington Township.

“I met them my first semester here and from that minute, I knew they were all incredible,” Sawin said. “It has changed me as a person. They are utterly deserving of my time.”

Sawin said Spring Sports also gives students at Butler the opportunity to create relationships with the Special Olympics athletes. It helps students understand the person first, not the ability.

“I think the idea of those with a different set of abilities is something that all of us have heard about, but doesn’t get attention or resonate with us,” Sawin said. “Butler has so many organizations that put on so many different events, but Special Olympics is something that people can turn kind of a blind eye towards, which is why it’s so important to talk about.”

Spring Sports helps the athletes know they have an advocate and people who want to help them succeed, Sawin said.

Michael Peterson, 24, is a Special Olympics athlete and participated in Spring Sports. He said he has been going for the past eight years and loves it every time.

“I liked it a lot this year, there was different things to do,” Peterson said. “They had different areas, and they gave us fake passport papers, and we went to each table, and they checked off our boxes on the passports. It was pretty fun.”

His dad, Craig Peterson, said Special Olympics has kept his two sons active year-round with sports and activities they enjoy and around people that appreciate them.

“In general, everyone really enjoys everything they do with the Butler campus,” Craig said. “Our athletes are usually on campus three to four times a year, but everyone looks forward to Spring Sports. It’s a great event and a top-notch program.”

It was a matter of continuing to develop the relationship between students and the athletes, Craig Peterson said. He thinks Butler is being more consistent with what they have been trying to do — building more opportunities for engagement instead of students just showing up.

“I like seeing the Butler students interactive with the athletes and learn about each other, and respect each other,” Craig Peterson said. “Butler’s made great strides through the past few years. It’s been good, but it’s become better, to keep the focus on developing relationships with the athletes. Coming into the event this year, I saw more Butler students had more interaction with our athletes.”

Special Olympics athlete Peterson said he loves coming back every year because it is good to see people he recognizes.

“I saw some athletes I worked with partaking in sports,” Peterson said. “They did a good job setting everything up. Everyone is really nice.”

All proceeds of Spring Sports go directly to the Washington Township chapter of Special Olympics Indiana and help the needs of athletes, like Michael Peterson, be met.