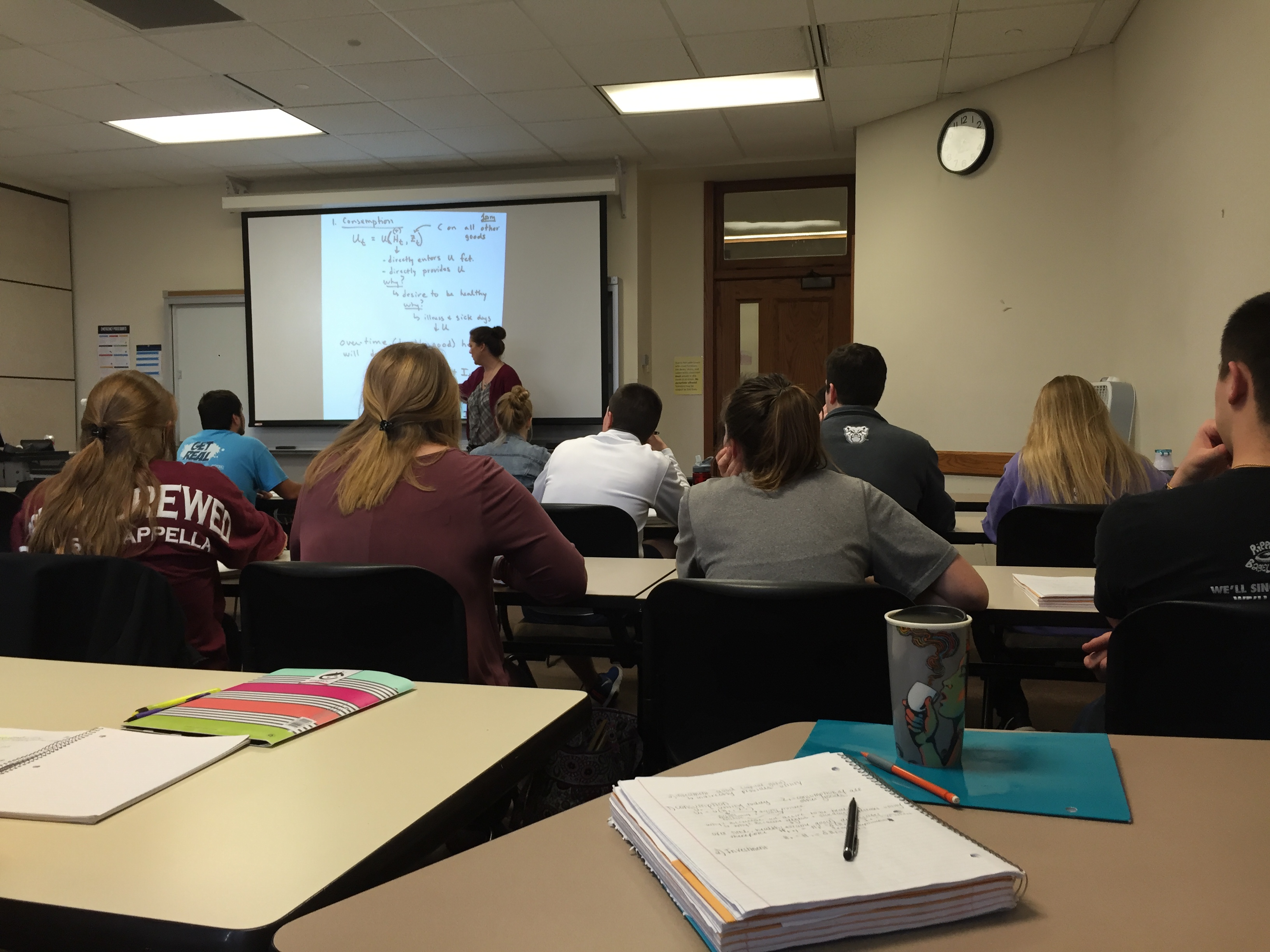 It is that time of year again. Butler students and their advisors look to the future and discuss next semester’s classes.

For many students, scheduling their classes can be a stressful experience. For some, it can feel like one wrong move will set students behind in their major and make it harder to graduate on time.

For some, this headache can become a reality. Senior Anne Lamberton is an organizational communications major who found herself seven credits behind schedule coming into what was supposed to be her last semester at Butler.

“A month into this semester I heard back from the person who does graduation audits and they told me I was still short a lot of credits,” Lamberton said. “It was frustrating because I had time to take classes but I didn’t know that I needed them. It wasn’t communicated very well between the departments and students.”

The problems arose for Laberton when the curriculum for her major was changed, causing confusion about which classes she had to take or if she had to retake any courses.

“I’m really lucky and got it all figured out,” Lamberton said, “My advisor was really helpful and the professors were really helpful because I entered in three new classes a month into the semester.”

While it was a stressful experience, Laberton is happy to be back on schedule.

“I am graduating on time with all of my credits,” Lamberton said. “But I do have my advisor and the dean to thank for that. It is just frustrating because it could have been avoided.”

Especially after the drama surrounding her own schedule, Lamberton said she now sees some flaws in the scheduling process and in the relationships between school officials and students.

“It would be nice if they had better…and more consistent communication and definitely were more upfront about scheduling,” Lamberton said. “ I know several other girls who had the same problem and were getting emails saying that they didn’t have this, this and this [requirement] filled. Which is frustrating. Like why are we just finding this out now? Especially as a senior.”

Aside from problems with understanding major requirements and one’s progress in her field of study, Lamberton also said she saw problems trying to squeeze classes into her schedule late in her college career.

“For communication students, there aren’t that many classes offered for freshmen and sophomores, and then when you go into junior and senior year and you have all of these classes required and sometimes they are offered only in the fall or only in the spring,” Lamberton said. “Class sizes are so small and with the college growing, a lot of us feel left out. Junior and senior year it should not have been as big of a struggle to register for classes.”

Lamberton has learned from her experiences and now knows that it is important to stay proactive when it comes to scheduling classes.

“Don’t be afraid to communicate multiple times with your advisor,” Lamberton said. “Work ahead and ask what you need to take the next semester. They are there to help, and, in the end, you will be so much better off if you are adamant about going in and being very productive about it.”

Nathan Bruns is a first-year student who changed majors from secondary education to management of information systems on March 23. This has made his class registration process a little stickier than usual because he has not been assigned an advisor for his new major.

While there are some exceptions, Bruns said he thinks advisors are not necessarily needed.

“Last semester I had all my classes lined up,” Bruns said, “I picked them out and went to my advising appointment and she said, ‘Yeah, that’s good.’ It could have been done over an email. They are more helpful if you need to drop a class or add a class or if you don’t know what to take. If you know what you need to do, I don’t think they are that necessary.”

Armando Pellerano is an advisor within the college of communication as well as a strategic communications professor. He said the most important part of registering for class is making sure students have enough credit hours.

Pellerano said some students’ schedules can take a hit after studying abroad if their credits don’t cross over like they thought they would.

“I tell students if you want to study abroad, you want to take 15 to 18 hours as a by-god during your first two years,” Pellerano said. “When students go to study abroad, one thing that I tell them and something I suspect every advisor across campus tells them is to get their credit hours pre-approved for classes that you are going to take abroad. It’s a lock.”

Over his time as an advisor, Pellerano said he has witnessed some horror stories regarding scheduling plans.

“I had a student that went and studied abroad and literally came back with six credit hours and was short for graduation because they didn’t do the basic math,” Pellerano said, “I got a call from the parents; the student wasn’t happy; the mom wasn’t happy, but at the end of the day it’s nothing an advisor can prevent. The actual doing is done by the students.”

However, studying abroad isn’t the only thing that can hurt a student’s four-year plan. Pellerano said students can also fall behind by dropping classes and not making them up later on in their college careers.

The advising period for next fall is running now through March 31. Students can view their enrollment appointment on their My Butler profile in the Student Center.