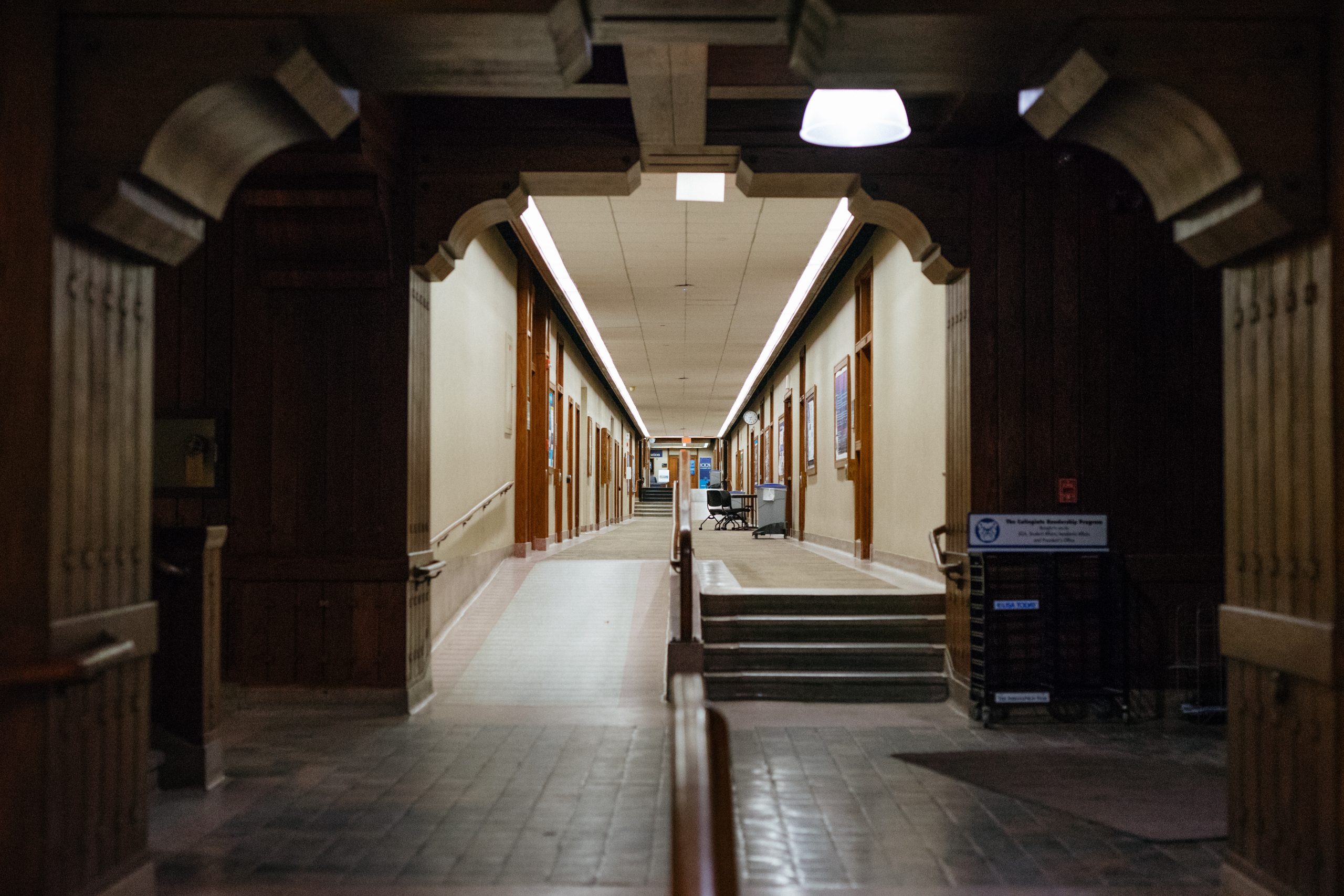 After their positions at Butler were eliminated, former faculty and staff speak about their current circumstances. Collegian file photo.

Since the COVID-19 pandemic began, many institutions in higher education have taken a financial hit — Butler is no exception to this trend. The university has responded to this situation with a hiring freeze, furloughs and layoffs.

Bruce Arick, vice president for finance and administration, said the need for these responses became apparent shortly after the pandemic began. The first step taken to limit the financial impact of the pandemic was the hiring freeze in late March — a move that halted the filling of any vacant positions and is still in place today.

The university’s executive team, which includes the president and vice presidents, also unanimously decided to take salary reductions in another move aimed at limiting the effects of the economic fallout on Butler employees.

“We took the position of trying to limit the impact on our employed faculty and staff,” Arick said.

Nonetheless, some employees were still furloughed after students were sent home from campus in March. Many of the furloughs were focused in areas with a lot of interaction with students on campus like Residence Life, Student Affairs, Athletics and the Butler Arts Center.

Arick said these furloughs were made with the intention of bringing the employees back when students returned to campus and that, of the less than 1% of employees that were originally furloughed, all but about five have returned.

Jennifer Dewitt, formerly the manager of strategic initiatives for the Lacy School of Business, is one of the furloughed employees who did not return. Dewitt was presumed positive for COVID-19 by her physician on April 10 and placed on medical leave.

“I ran a fever for 35 days straight,” Dewitt said. “I have never been so sick in my entire life.”

Dewitt was still on medical leave on May 15, also her five-year anniversary of starting at Butler. That morning, she found out she was being furloughed. By 5 p.m. that same day, she no longer had access to her Butler email to inform anyone about what had happened.

She remained on furlough until early July, when she was told that her position had been eliminated. She was informed she could apply for a different position with similar, but watered-down responsibilities. However, Dewitt said she chose not to apply.

Since her position at Butler was eliminated, Dewitt has applied for between 30 and 40 other jobs. She may have a tentative offer in the works, but as of now she remains unemployed. She said unemployment benefits have helped in recent months, but that things may get difficult if her job search continues much longer.

“Going forward, I’m not honestly sure how I’m going to pay the bills next month,” Dewitt said.

Despite losing her position at Butler, Dewitt said she was very grateful for everything the university gave her over the years she worked there. As a single parent, she had to take 7 years off before coming to Butler so she could take care of her twin boys who have cerebral palsy.

Dewitt said getting a job at Butler allowed her to go from getting her food from food pantries to being able to support her family.

Now that she no longer has a position at Butler, Dewitt still supports the mission of the university and has no animosity towards anyone at the school. In fact, she said she would still love to come back to work at the university someday.

Another employee who had their position eliminated was Dacia Charlesworth, the former director of undergraduate research and prestigious scholarships. Charlesworth said she was absolutely shocked to learn she had been laid off, despite her success in administering Butler’s research programs and the Undergraduate Research Conference, and helping students apply for prestigious scholarships.

“I was so naïve about the potential of my position being restructured,” Charlesworth said. “In fact, that after receiving the president’s email about the layoffs, I emailed my then-colleagues noting that I wished we knew who the 27 individuals being laid off were so that we could pool our network to help them secure future employment.”

Charlesworth has now secured a position as a lecturer at Indiana University’s Kelley School of Business and looks forward to her new role. However, she said she will miss working with Butler students and wishes she had more time to say goodbye to them.

“One of the cruelest aspects of this situation is that I was not offered the opportunity to say farewell to the many students, staff and faculty I had come to enjoy working with during my time at Butler,” Charlesworth said. “Working with Butler students was a highlight of my career…”

Student employees are also not immune to the employment effects of COVID-19 on the university. Corey Dea, a junior environmental studies and biology double major, was effectively left without on-campus employment after fall sports were canceled.

Dea worked in event operations, which involved helping out at different sporting events on campus. Although he is still technically on the staff list, the Big East’s cancellation of fall sports means that he will likely not be given any hours to work during the fall season.

Dea had a summer job on campus at the HRC which also fell through, as the HRC was closed this summer due to COVID-19. To make up for the hours he lost at the HRC this summer, Dea had to pick up extra hours at multiple locations of the retail store he worked at, and is still working on weekends during this fall semester.

Dea is now looking for other on-campus employment and doesn’t expect that he will be able to work in his original job on campus again until sports return again in the winter or spring.

Arick said these impacts on real people are what made the choice to furlough employees so difficult, even if it was in the school’s best interest financially.

“Having participated in several of those conversations for the divisions on campus, they’re difficult decisions to make,” Arick said. “You are not removing folks that are bad folks or bad performers; you’re making an economic decision.”