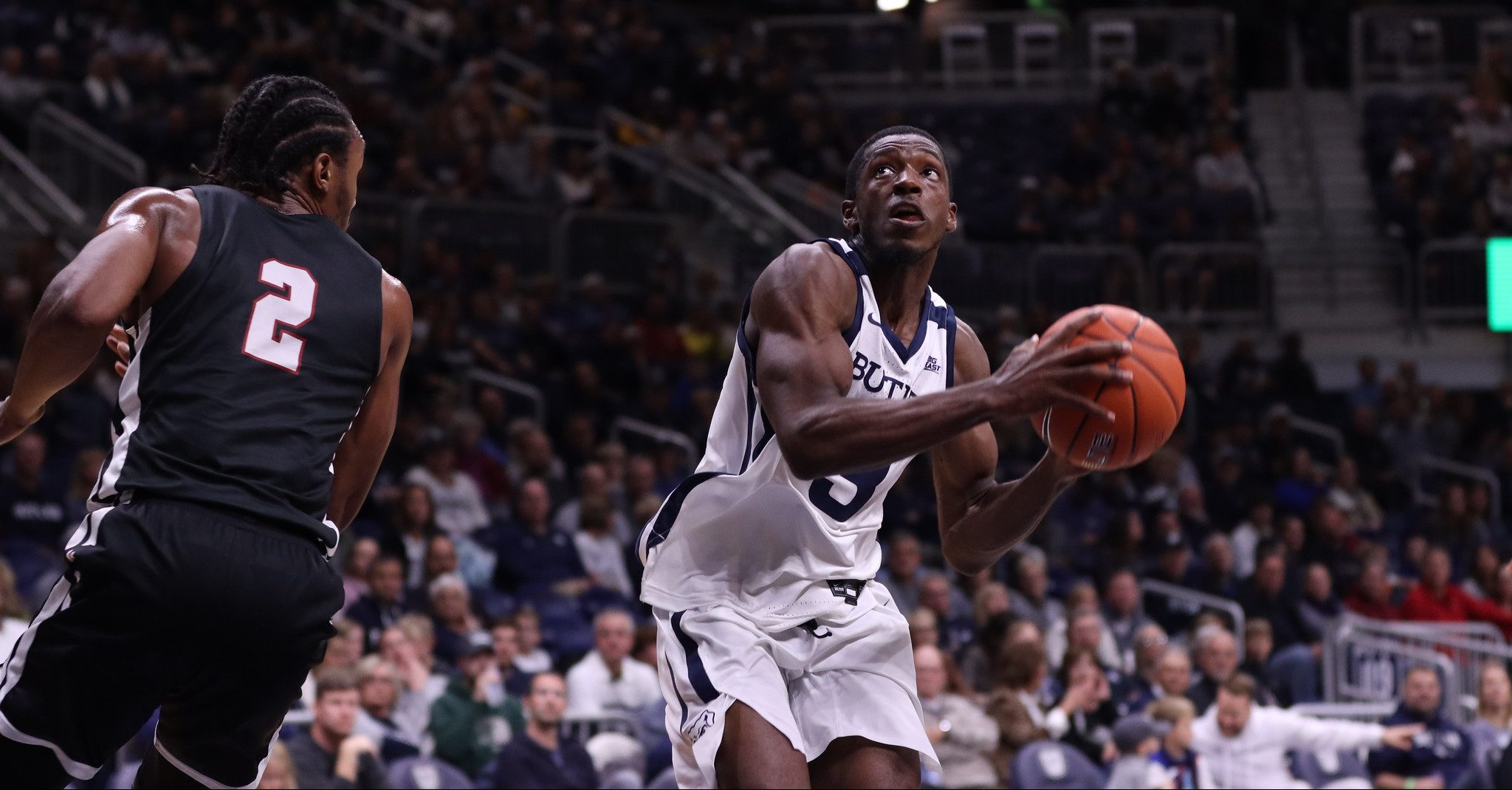 Ultimately, a roster is only as good as the version of each player a team gets that season. It doesn’t matter how good a player shot the ball last year or, for that matter, how poorly. So, instead of breaking down Butler men’s basketball’s roster based solely on stats from last year, let’s discuss what each player needs to be this season for Butler to return to the NCAA Tournament. Of course, success can be measured on more than just the Big Dance, but for the purpose of this conversation and the current situation of this team, inclusion in the 68-team field is a fair benchmark.

The backcourt feels like an obvious starting point for this exercise.

Kamar Baldwin: Last year was a transition year for Butler’s fourth leading scorer all-time. Baldwin’s first year without Kelan Martin produced 17 points and five rebounds per game, but was laced with inefficiency, specifically from the 3-point line, and the most turnovers in his Butler career by a wide margin. There were times last season when Baldwin forced his shot and tried to do too much with the basketball. This season, those two things are the aspects of Baldwin’s game that result in a more productive and efficient senior campaign. His rebounding and defensive abilities have been there all three years and I expect to see those again in 2019-20. While there doesn’t need to be a dramatic increase in his 17 points per game, a more efficient and mistake-free 17 to 20 points will go a long way. The bottom line with Baldwin is simple: if he isn’t good, there is only so far this basketball team can go.

Aaron Thompson: Thompson is a perfect partner for Baldwin. The pair creates a dynamic defensive backcourt and he allows Baldwin to play off the ball on the offensive end. The pillars of Thompson’s game last season need to remain the same this year. He defends the other team’s best guard effectively and doesn’t turn the ball over — his 2.09 assist-to-turnover ratio was a top-80 mark in the country. Thompson’s role on this team doesn’t need to change all that much, except a slight uptick in his offensive production, for this team to return to the Big Dance.

Khalif Battle: Battle plays an interesting role on this year’s team. He probably won’t jump Baldwin, Thompson or Henry Baddley for playing time, but he could provide a spark off the bench on the offensive end with his unbelievable athleticism. The four-star recruit is an active slasher with a nose for the front of the rim and some range from the outside. Like Baldwin, it is important that he is efficient when in the game. Of course, LaVall Jordan would love for him to burst onto the scene in the same way Baldwin did in his first season. The more likely positive contribution is a playmaking perimeter player coming off the bench to add an offensive weapon that can create his own shot.

Henry Baddley: If Battle doesn’t see the floor as much as his talent suggests, it will be because of Baddley. The 6-foot-4-inch guard with length is a proven defensive asset. Where Baddley must improve is on the offensive end. Butler needs the senior to be more productive on that end of the floor. After Baddley averaged 4.4 points per game on 42 percent shooting last season, Butler needs an increase in production coming off the bench. There is no longer an obvious choice in front of the senior for playing time, it is time for Baddley to step up and make the most of that opportunity.

Butler has a solid group of guards in the backcourt this season. Battle adds another true playmaker to the group along with Baldwin while Thompson provides a reliable point guard that can run an offense with few mistakes. This group, led by Baldwin, needs to hang their hats on efficiency and always being better defensively than the other team’s guards this season.