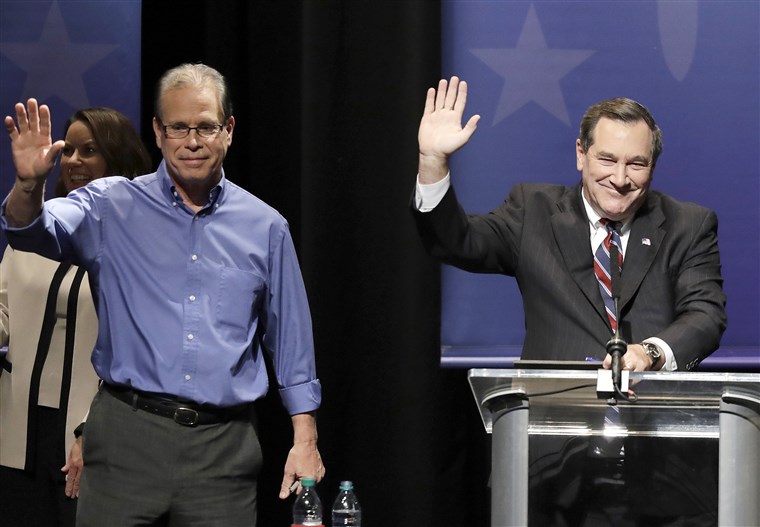 Republican Mike Braun defeated incumbent Sen. Joe Donnelly for Indiana’s United States Senate seat that was up for grabs in the midterm election.

“I want to thank all Hoosiers for giving me a resounding victory — putting your faith in me,” Braun said in his victory speech. “I will not let you down. I promise.”

Donnelly, who will not serve as an elected official for the first time since 2007, spoke for two minutes and pledged to help Braun transition into the Senate.

“We had the chance to serve everybody across our state,” Donnelly said in his concession speech. “The people of our state are so wonderful. I called Mike Braun to let him know I’ll be there to make sure there is a smooth transition.”

As for how the election results impact Butler directly, it’s hard to tell. Generally, college campuses lean democratic, and Butler is located in a more democratic city within a republican state. James Cecil, president of Butler College Republicans, said she believes the university’s republican-leaning donor network will help Butler stand on its own.

“I think Butler University thrives on its own in the sense that it’s a private university within a very democratic city, and in the sense that it has democratic influence and there is liberal influence, but a lot of our donors tend to go on the conservative side,” she said. “So while yes Braun winning does turn the tables for the state of Indiana as a whole, I believe Butler University will strive just on the views of our donors.”

The loss means that there are no Democrats in a statewide elected office in Indiana. Cecil said she sees that as an opportunity for all of Indiana’s representatives to work together.

“I I think it will show both Indiana voters and furthermore United States voters that when you do have a group of elected officials that work together in the House and the Senate that is when the job is truly going to get done,” she said.

Braun’s election will add to  a larger Republican majority in the Senate, while the Democratic Party will take control of the House. The Indiana Senate seat was seen as an important election. President Donald Trump made four trips to Indiana to rally for Braun, and former President Barrack Obama visited Indiana to rally for Donnelly.

Braun will start his six-year term in the Senate in January.