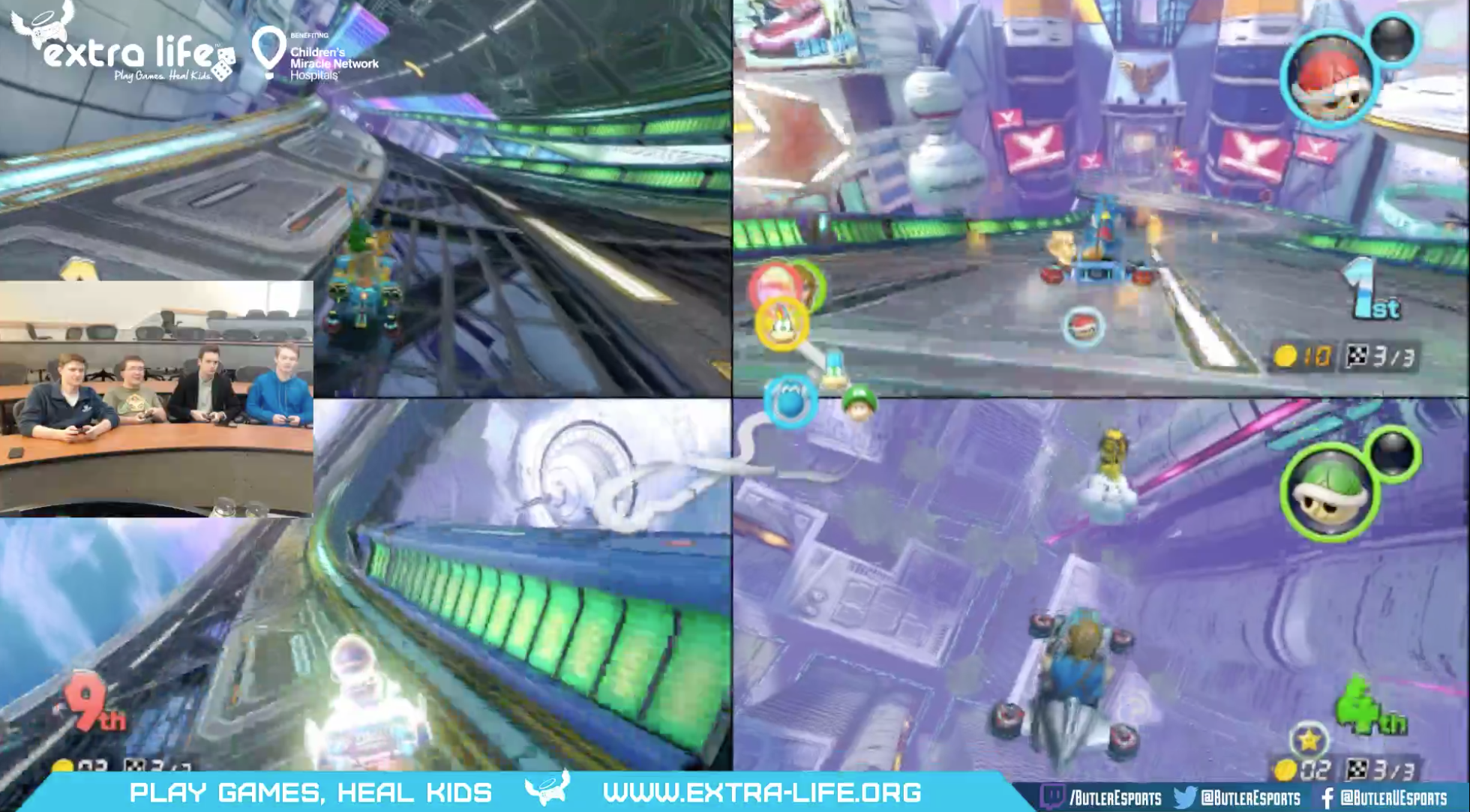 The Butler Gaming Club raised $643 in their first ever 24-hour charity live stream event on Twitch, benefiting Riley Hospital for Children over the weekend.

Butler’s Gaming Club’s original goal was to raise $250 for the event; however, just four hours in, the club had already surpassed its objective.

Kolin Edrington, a sophomore music composition major, is the vice president of the gaming club. Edrington said he believed the event was a success, specifically the main event, “Battle of the Bulldogs” Super Smash Bros Melee Tournament, that took place midday Saturday.

“IU has a really big Smash competitive scene, so we are trying to compare with that,” Edrington said. “We also just want people who aren’t really into competitive Smash or competitive gaming in general to come and have fun and kind of mix those two aspects of gaming for casual players to play with competitive people and just have fun.”

For Edrington, the club has given him the opportunity to partake in something he’s passionate about. This past weekend allowed him to give back while playing video games.

“It’s something that I love doing,” Edrington said. “Just love having fun doing and then the fact that I can come play games for a little bit in the day and I’m raising money for people and it’s actually helping, that’s really cool.”

“Half of the entrance fees are going to Extra Life, which is a charity game streaming organization,” McPhail said. “I feel like we’ve had about as many people as I expected here, which is great.”

Senior pharmacy major Allison Keane was one of those who competed in the Super Smash tournament. Keane won her first round matchup, but lost the next two matchups. Despite the loss, Keane said she still enjoyed being able to play for a good cause.

“Since half the proceeds go to charity, that was really cool,” Keane said. “I think it’s great that they are doing this.”

First-year critical communications major Conor Garvey also competed in the tournament. Garvey finished the day with a pair of wins before ultimately being knocked out in double elimination.

“I thought [my performance] was alright,” Garvey said. “It was my first tournament for that game, and I think that since I won two of my sets I think I did pretty well. Everyone there was obviously a lot better than me.”

The setup of the event featured several televisions compatible for Super Smash Bros throughout Pharmacy room 150. Two of the televisions were used for the official tournament, one of which also was connected for the live stream. Gamers in attendance were able to practice on the other televisions set up throughout the room when not competing.

“I thought [the event] was actually pretty solid,” Garvey said. “They had enough setups for everyone and everyone was super friendly and there was always opportunities to play. It was very smoothly run.”

Garvey is not a member of the gaming club on campus officially nor competes in gaming tournaments regularly, yet said he hopes to compete in more tournaments, specifically those geared toward charity.

“I’ve done a tournament before, but I haven’t done it with charities,” Garvey said. “It was a little more of an incentive for me to go out and play.”