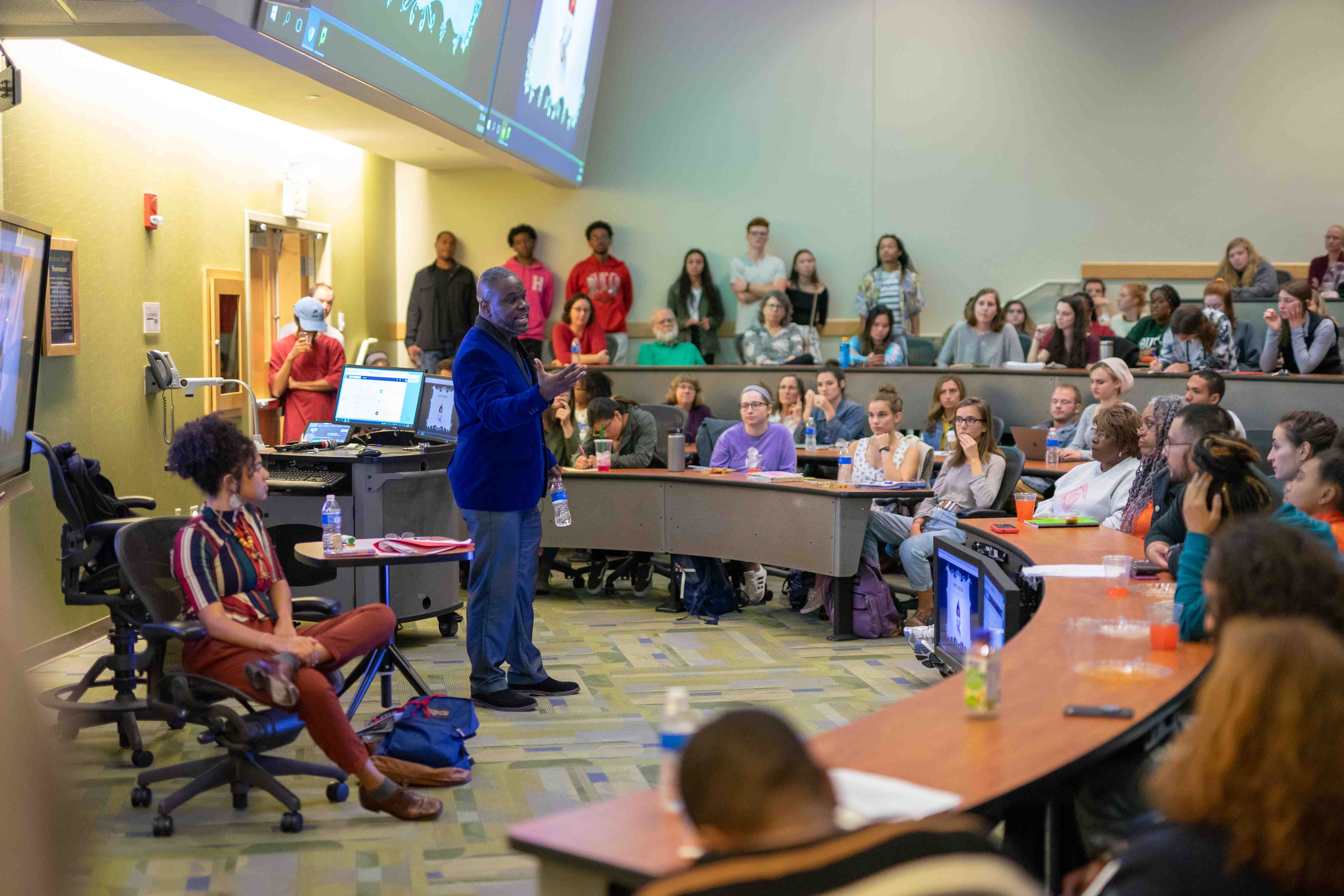 Prior to its reorganization, the peace lab existed for five years as a partnership between the Christian Theological Seminary and Butler University.

The newly chosen director, Siobhan McEvoy-Levy, is a professor of political science as well as peace and conflict studies. As director, McEvoy-Levy works alongside three faculty fellows and two student interns.

“The idea behind it is to create an innovative think tank that is student-run as much as possible, but that involves student partnerships with faculty and community organizations working on issues of peace and justice,” McEvoy-Levy said.

The peace lab is currently working on projects involving children of incarcerated parents in addition to work with the Martin Luther King Community Center. There are also plans in the spring to do programming regarding immigration, with a focus on the detention of children in the immigration process.

While the lab does not have one central physical space, the goals for faculty, students and the community are high.

“The first part of the mission for the peace lab is to create roundtables and discussion groups related anything that has to do with peace — be it peace and race, peace and gender, peace and business — all of these topics,” McEvoy-Levy said. “The second part is to create ways for students to be trained and to train others in activism, social justice writing and interfaith dialogue.”

Despite having about a tenth of the budget of the previous Desmond Tutu Center, McEvoy-Levy said the lab currently has a three-year commitment from the provost for funding. After three years the lab will be reviewed.

Mikayla Whittemore, a sophomore political science major, is spending her internship working on projects related to the children of incarcerated parents, whereas fellow intern Julio Trujillo, a senior political science and criminology major, is working as the neighborhood youth liaison.

“I want to raise awareness about this epidemic of mass incarceration throughout the country,” Whittemore said. “We lock people up at a rate that is almost unparalleled, especially for such a developed country.”

Whittemore is the daughter of parents who have been incarcerated, and spoke further on the challenges children in these situations face, as well as her own personal investment and passion for projects related to the cause.

“This city is on the edge of something very big,” Whittemore said. “It is one of those small-big cities, but there are so many people whose stories are not being highlighted, whose pain is not being recognized, whose situations are just being swept under the rug that I would love to bring out and discuss.”

Student interns were given the unique opportunity to choose specific projects that focus on their interests and goals as they relate to peace and justice.

Whittemore played a large role in organizing the Desmond Tutu Peace Lab’s inaugural event, in which Ian Manuel will come speak at Butler.

Ian Manuel was incarcerated at age 13 for involvement in a violent crime, and served 26 years in prison, 18 of which were in solitary confinement. Today he is a poet, activist and MacDowell fellow with the mantra that “the impossible is attainable.”

Manuel’s poetry was featured in Bryan Stevenson’s bestselling book, “Just Mercy”. Bryan Stevenson’s Equal Justice Initiative led him to taking on Manuel’s case in 2006, and eventually Stevenson was able to secure his release.

The event, “Ian Manuel: How the Peace of Poetry Helped Me to Survive in Solitary,” will take place next Wednesday at 7 p.m. in Pharmacy Building 150.