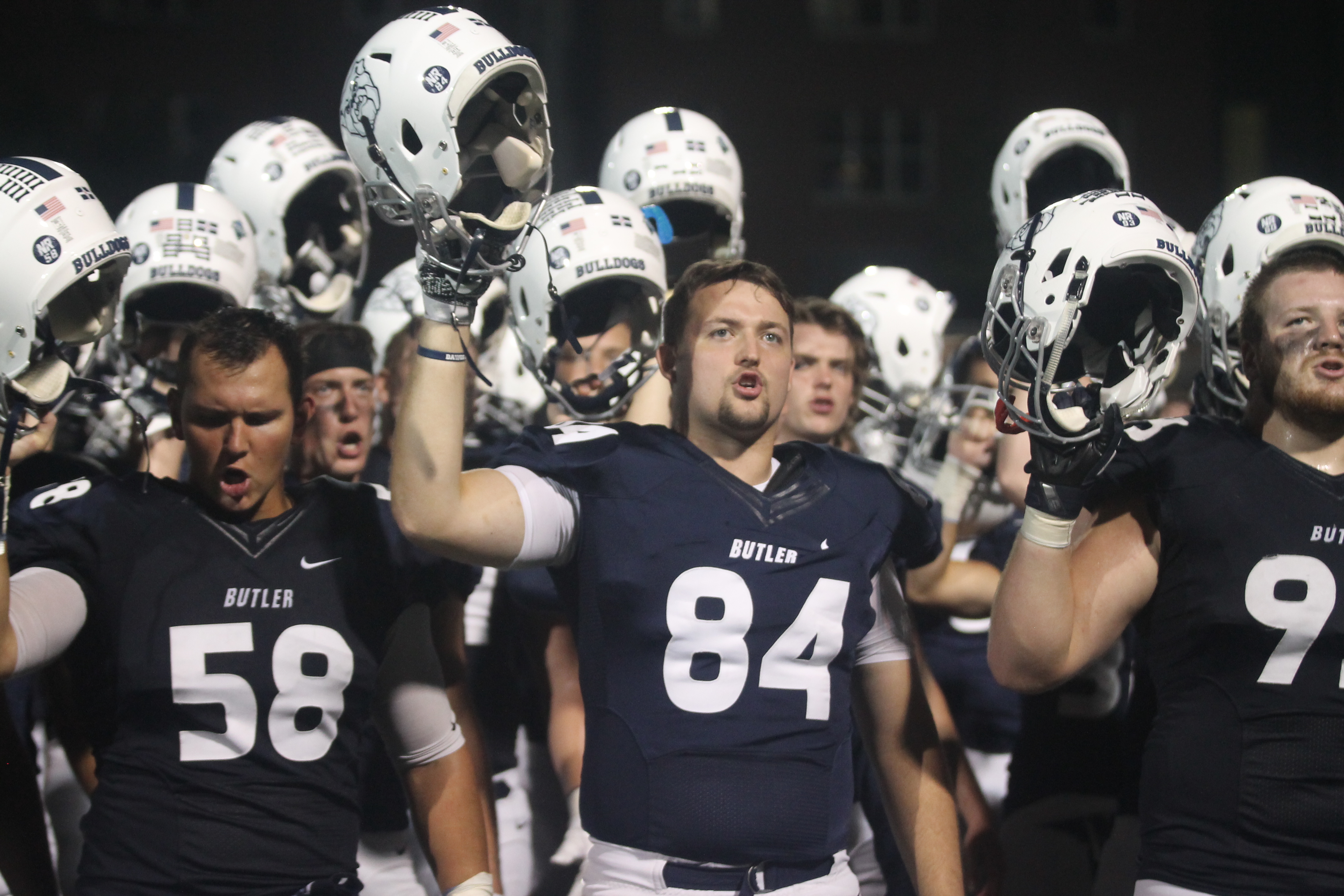 The football team acknowledges their fans following their loss to Princeton on Sept. 15. The team will square off against Morehead State on Sept. 29 to begin conference play. Jimmy Lafakis/Collegian file photo.

The Butler University football team takes on Morehead State University on Sept. 29. Have any questions heading into gameday? We’ve got answers.

How have the teams done so far?

Butler is 2-1 in their first three games of the season. A win over then-ranked Youngstown State in week one has been the highlight of the year so far. Coming in as a 37-point underdog, the Bulldogs came from behind to beat the Penguins thanks to a Pace Temple onside kick recovery and a Drew Bevelhimer field goal at the end of the game. Butler beat Taylor by 14 the following week before getting defeated handily by Princeton, 50-7, in week three. The Bulldogs have been outscored by their opponents by 27 points thus far.

Morehead State is 1-2. The Eagles’ only win came against Division III Mount St. Joseph, by 29 points. Both other contests saw Morehead State get beaten easily, with the Eagles unable to come within 20 points in either game. The Eagles have been outscored by their opponents by a total of 35 points.

What are key things to watch for?

Quarterback Lawson Page leads Morehead State in both rushing and passing yards. Page rushed for 146 yards in the Eagles’ lone win. Butler’s junior linebackers Dan DelGrosso and Mason Brunner will look to contain him on the ground and give him less time to throw. DelGrosso has a sack, three tackles for loss and two quarterback hurries this season. Brunner has amassed a sack, 3 1/2 tackles for loss and a quarterback hurry. Morehead State’s sole All-PFL preseason selection, Jarin Higginbotham, has only two receptions on the year and did not play in the Eagles’ last game against Austin Peay. No matter his status, containing Page on the ground will be key.

After coming out of the gate strong with 167 yards receiving in week one, senior receiver Pace Temple has come back down to earth with 30 yards and 85 yards in weeks two and three, respectively. Besides Temple, only junior tight end Sam Yeaton has more than 50 yards receiving in a game this year. Morehead State has given up at least 150 yards through the air in every game this year, so look for someone to break that trend.

Is Butler supposed to win?

In the preseason PFL coaches’ poll, Butler was picked fourth to Morehead State’s eighth. With a signature win over Youngstown State for the Bulldogs along with an 0-2 start in FCS play for the Eagles, it is safe to say that Butler is the favorite.

Is this a big game?

In a word, yes. This is the first game of conference play this season. In that regard, both teams come into the game undefeated in PFL play. Any team that wants a shot at the NCAA Division I FCS tournament out of the PFL will likely need to stay that way or at least close to it. No team has ever received an at-large bid out of the conference, and San Diego is coming off of back-to-back undefeated seasons as PFL champions. No team has won the conference in the five years that it has had an automatic bid with more than one loss. A setback this week would make it that much more difficult for Butler to reach its PFL championship goal.

If this game is so big, how can I make sure I see it?

Kickoff is at 1 p.m. at the Bud and Jackie Sellick Bowl. If you can’t make it out, it will be streamed on Facebook Live.