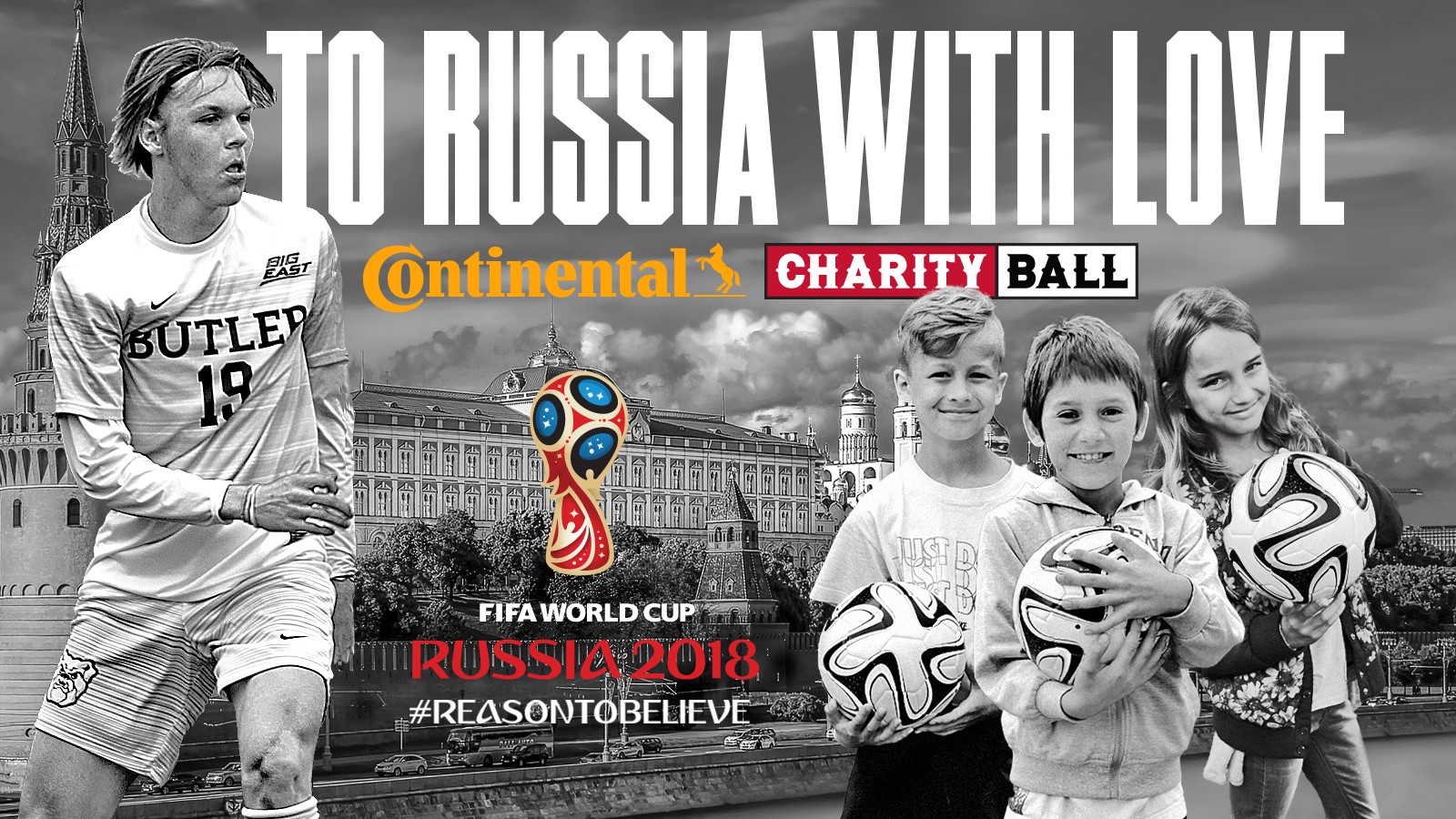 Ethan King is kicking off Charity Ball’s “A Reason to Believe” campaign with the delivery to Russia. He created the organization at age 10.

The trip, which is scheduled from July 8 to July 14, will correspond with the semifinal round of the FIFA Men’s World Cup, also in Russia.

“FIFA goes there for a month, they play some games, a lot of dollars are invested into the games and to the whole spectacle, but then everyone packs up and leaves, all the tourists,” King said. “So I’m excited about the opportunity to make the people’s lives in that country a little bit more beautiful.”

Continental Tire has partnered with Charity Ball to help the project. King will distribute the soccer balls at six different locations that house underprivileged children, one in Moscow and the other five in Kolomna, just over 100 miles to the southeast.

Since its inception when King was 10, Charity Ball has donated soccer balls in more than 45 countries. He made a delivery at the 2014 World Cup in Brazil but was not in charge of the logistics like he was this time around.

“Just that whole process of planning the trip I think has been really important and valuable for me,” King said. “Although it’s been a little bit of a struggle and there have been some difficulties here and there, I think it’s going to be even more rewarding and especially cool to see how all this hard work is going to pay off.”

In addition to the delivery in Russia, Charity Ball is launching its “A Reason to Believe” campaign to raise $25,000. The money will go toward a youth soccer tournament for 500 kids in Kenya and providing 7,500 people with clean drinking water through well restorations.

“What we’re trying to say is a soccer ball can offer a kid that hope and offer them a reason to believe,” King said. “To think beyond poverty, think beyond the current situation and help them unlock their potential and help their dreams become a reality.”