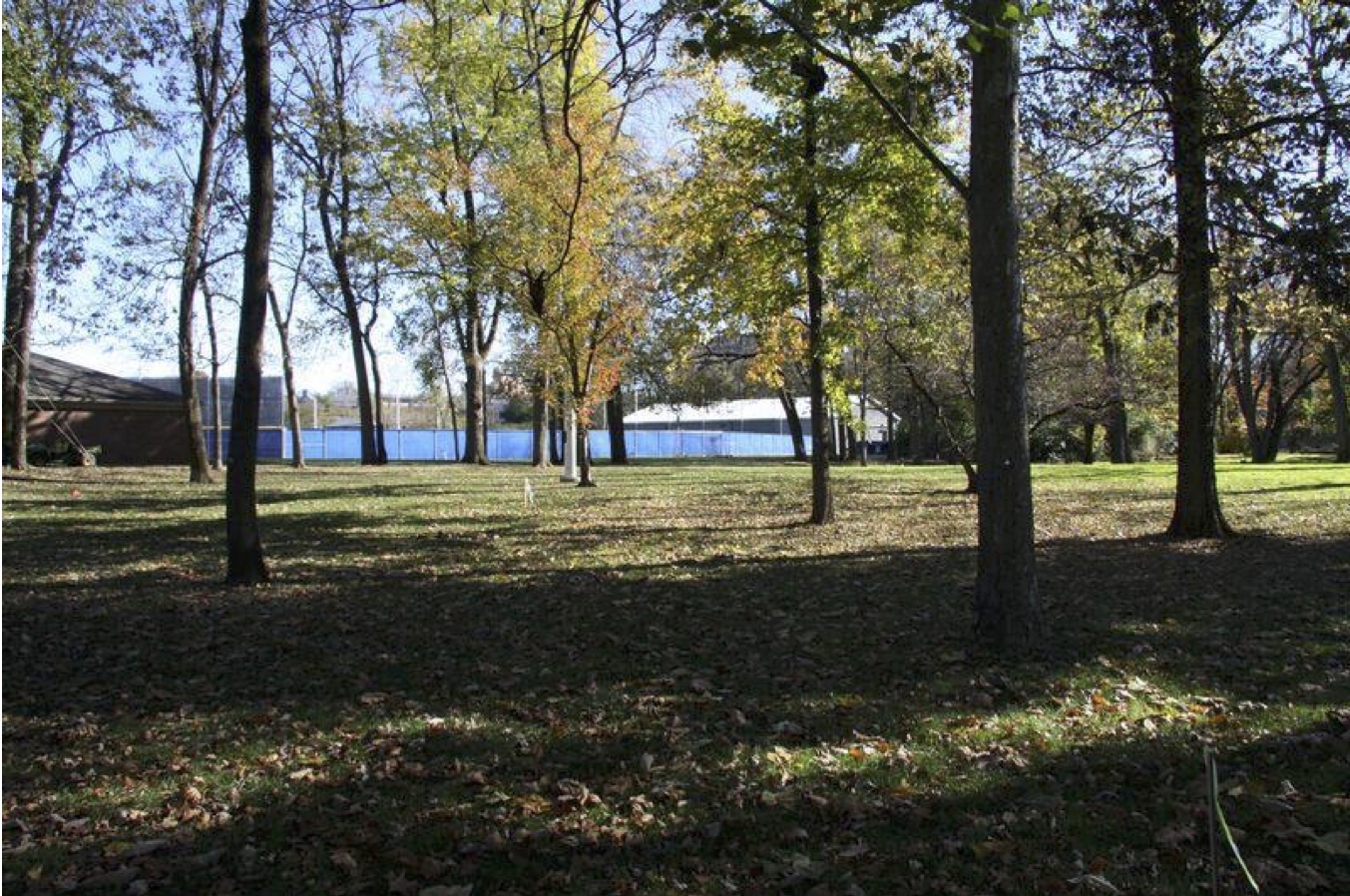 Butler University is a six-time recipient of the Tree USA award, and for good reason; the miles of trails, open quad space and dedication to maintaining our numerous old trees make our campus beautiful, healthy and wonderfully beneficial for a group of young people looking to explore and learn from their surroundings.

Thanks to the Army Corps of Engineers and Indianapolis mayor Joe Hogsett, however, Butler’s beautiful and long-cherished old trees will take a massive blow this spring. As students walk across the stage to receive their diplomas this May, Butler will be losing the serene beauty of Holcomb Gardens to the chaos and depressing industrialism of a construction zone.

This past June, a meeting held by the mayor of Indianapolis in conjunction with the Army Corps and the administration of Butler University laid out a proposal to build a series of walls and levees throughout the city of Indianapolis with the intent to minimize the flooding that is a perpetual problem each time it rains.

The vast majority of people who have ever set foot in Indianapolis would agree that flooding in this city is a complicated problem, and the problem will certainly only be solved with an extensive series of infrastructure changes. The problem, however, lies in the details of the plan, which was officially accepted in August 2017.

The plan proposed by the Indianapolis branch of the Army Corps of Engineers and agreed upon by Mayor Joe Hogsett will cost the city of Indianapolis approximately $61 million, plus continued maintenance costs for the existing levee estimated at around $10 million each year.

The plan, which is designed to remove certain areas of Butler and the Broad Ripple community from the 100-year floodplain, only protects a small section of the area that needs protecting, leaving out areas such as Rocky Ripple and the western half of Butler’s campus, and decimates Holcomb Gardens with an extensive and destructive flood wall in order to do so.

The wall is an extension of the series of levees and other flood preventatives that begins along the White River, and will follow Westfield Boulevard until it crosses 52nd Street and continues in line with the canal.

In August 2017, Bill Beranek, an environmental mediator and a doctor of chemistry, released an analysis of a series of alternative plans that would be less expensive and more effective in protecting the area. Despite his proposals, which were made clear at a meeting with members of all involved parties, the original— and more destructive— plan was reapproved.

Construction on the wall and levies is set to start in late May 2018, after Butler has been vacated for the summer. Without students around to find out what is going on and stand up for the garden, it will be far easier to complete a massive and incredibly destructive project.

Margaret Brabant, the chair of the political science department, a concerned citizen of Rocky Ripple and a proud environmentalist, is outraged by President James Danko’s apathy toward the welfare of Butler’s campus and the surrounding communities, which are very involved in supporting Butler University.

“In June of last year, President Danko said he would have to do whatever the mayor and the Army Corps decided,” Brabant said. “He had the opportunity to reverse the decision and do the right thing, but when the Army Corps made their decision, Butler rolled over and said it would not use any kind of legal venue to counter that decision.”

Although Danko refused to comment on Butler’s inaction in connection to the flood wall plan, representatives from Butler assert that they did the best they could. Michael Kaltenmark, Butler’s director for external relations, expressed his and the university’s serious displeasure with the Army Corps’ decision.

“[The decision] was a reluctant agreement on our behalf; initially we strongly opposed it and tried to find alternatives, but unfortunately those discussions didn’t get us anywhere,” Kaltenmark said. “When we were left with the options the Army Corps provided us, we did our best to find a strategy that maximized benefit and minimized loss for Holcomb Gardens.”

Kaltenmark explained that Butler was legally between a rock and a hard place. Although Butler has some political capital in Indianapolis, Kaltenmark said that pushing too hard could be detrimental to the relationship Butler has with the city and vice versa.

“With a federal and city project, the city has the ability to condemn your property and just take it if you refuse to cooperate,” Kaltenmark said. “If [the Army Corps was not] going to listen to us on viable alternatives, we decided we’d talk about individual trees and what we could salvage, the details we did have control over.”

Vice President of Finance and Administration Bruce Arick agreed, adding that Butler’s say is limited since the university has no part in paying for what makes up the bulk of the city’s plan.

“Butler was not in a position to do studies about the different options for the wall and, as we are not investing in it, it means we have limited capabilities in terms of how much say we have on where it goes and what it entails,” Arick said.

The project is troubling on many levels. Although Butler is not financially responsible for the project, it is destructive to a peaceful ecosystem and a place of community for many people, and the Army Corps has already broken the trust of the Butler community.

As part of the agreement enforced by the Army Corps, Butler was supposed to lose 36 full-grown trees, which is already a devastating assault on the local ecosystem, but as of March 2018, the Corps had already removed 43, citing their rule that a 15-foot buffer must surround their constructions, a breach of trust and a break from the initial plan to preserve as many trees as possible.

“For us, it causes us a great deal of heartburn,” Kaltenmark said. “They’re talking about taking around 35 of them down, which hurts a lot, but our hands are legally tied and if we push too hard politically, we could lose that land to condemnation by the city.”

Brabant has been doing her best to publicize the destruction, and has been using her passion for environmentalism to explain the jeopardy Butler’s ecosystem will be placed in as a result of this project.

“Even taking down dead trees disrupts an ecosystem that is enormously complex,” Brabant said. “The tree canopy in this area is being diminished, which increases sound and light pollution, removes food and shelter for many species, and damages ecological infrastructure.”

Although Butler’s hands are tied, Butler’s students are free. As we have seen in recent news, the opinions and actions of young people are the ones that are making change. If Holcomb Gardens really matters — and it should, for so many reasons — it’s time for students to speak up about the problem.

“Hold them accountable,” Brabant said. “They had the opportunity for a legacy of saving a neighborhood, of saving a green space, of saving millions of dollars for the taxpayers of Indiana, so why didn’t they?”

It’s time for Butler’s community to speak up. We have had few opportunities to make our opinions known concerning this project, but this is our school, and Holcomb Gardens is a beloved facet of the place we call home. We cannot allow the senseless destruction of our beloved garden by the Army Corps, so speak out, get involved and help our garden grow.