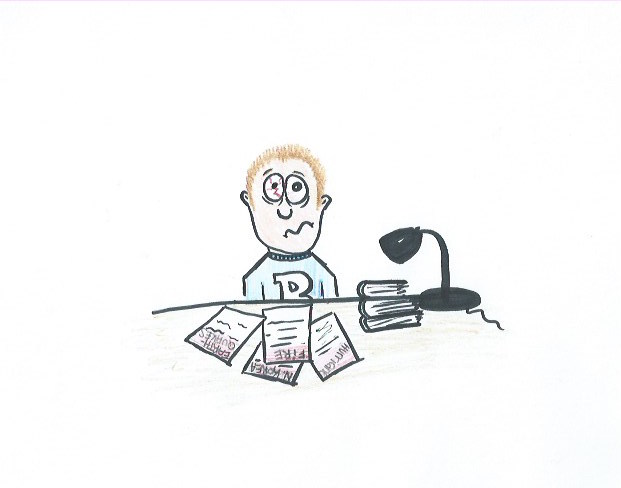 There was a tweet that went viral recently from entertainer Lauren Giraldo that said, “not to be dramatic, but the world is ending.” It was funny to read at first, the way it was reminiscent of that old “when it rains it pours” adage, the decaf internet existentialism that has become increasingly popular on full unabashed display. But when I thought about it more, the feeling I had was more confusion than anything else.

It really has seemed, with an increasing and alarming frequency, that the world might be ending. But I personally do not feel as though the way I live my life has drastically changed, and from what I have observed, other people are in the same boat. So, how do we process these traumatic events that are happening seemingly all at once?

There are a number of different ways of “coping” I have practiced and seen others practice that are very subtle. One of the best examples of these is comedy. Keeping in pattern with most horrible things in life, there is a deep sense of irony in the fact that as the chaos that engulfs the world grows larger and larger, it gets increasingly easy to make jokes about what’s happening.

But this can only take you so far.

There reaches a point that by making too many jokes, the seriousness of everything that is happening becomes almost delegitimized. It becomes more of an issue of ignoring the problem by making it more trivial, and that is dangerous. For example, there has been a lot of discussion as of late about socially acceptable forms of protest. There has been criticism about NFL players kneeling during the National Anthem. The online conversation about the issue started with people wondering what was acceptable, since peaceful protests, marching, and vocal speeches by well-known celebrities have also been criticized, but has since evolved to a sort of competition of who can make a snarkier comment towards the other side. This ultimately accomplishes nothing.

Another solution I have found is simply talking to other people. This can help immensely. There will always be a host of other people who share the same concerns as you do, and by talking about it with like-minded people, you may find a solace you did not have before. Even on our campus, there are a host of clubs and organizations you can join to express your opinion to your peers: Young Americans for Liberty, Black Student Union, Alliance are just a few of the many groups that could be mentioned.

But here is the thing: talking is not enough. It is easy for us here at Butler to keep an air of detachment from everything that is happening that is not here. That can’t happen. Action will always be needed, which is not to say that talking about your fears and worries is not viable; it absolutely is, but only if you recognize that there is always more you can do to help.

Donate to GoFundMe pages for people affected by hurricanes in Texas and Florida.

Send clothes or toiletries to people who lost their homes in a wildfire in California.

There are a million things that can be done, large and small. We really are lucky to live in the Internet Age; there is a mind-blowingly expansive network of people who need help and those that can help them.

Take advantage of these connections. Fight the apathy that is inherently bred in circumstances such as this.

And maybe even make a joke or two while you are at it.