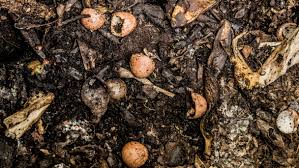 Butler University and Indiana University-Purdue University Indianapolis will compete together in Baltimore, Md., as finalists in the “Sustainable Campus Live!” competition for $50,000 next Monday.

The prize money will be used to grow a campus’s sustainability project. For the joint Indianapolis team, the money would develop a collaborative compost service.

More than 130 billion pounds of food — about a third of all available food in America — is thrown away every year, according to the U.S. Department of Agriculture.

In the team’s proposal, this food waste would be collected and used to create compost for soil. The project would include developing a new compost service with the universities’ local waste collectors and make a cost-competitive service for the community.

More than 200 submissions were sent in from colleges and universities around the country for the competition. The competition is run by the Association for the Advancement of Sustainability in Higher Education. A conference and expo will be held for sustainability practitioners to collaborate. AASHE selected semi-finalists sent in 2-minute videos explaining their campus conservation projects.

Next week, Butler’s sustainability coordinator Mckenzie Beverage will travel to Baltimore to present the project live to a panel of judges who will decide who receives the $50,000.

Food waste was of major concern for Beverage.

“There are a lot of environmental negatives that come from food waste,” Beverage said. “Not only is this an environmental problem, but an economic problem.”

Beverage ran a “trash audit” where students went through a dumpster after a day of waste at Butler. They found a third of the waste was food and another third was recyclable.

“When I saw that, I wanted to focus my entire class on food waste,” Beverage said.

With the help of Student Government Association, some of her students formed a compost project in Atherton Union. The project continues to be implemented in Atherton three times a week and at home sports games.

Beverage is the advisor for Butler’s Food Recovery Network chapter. The first recovery event was held in the spring of 2014.

The group collects leftover food from the dining halls and donates the food to local places in need. Butler works largely with The Julian Center Shelter.

Senior Olivia Carroll is the vice president of marketing for the group.

“Food Recovery [Network] is not just the recovering of food, it is the start of a youth movement to make steps to help understand why we have such a great disconnect between the mass amounts of foods we throw away and our large percentage of hungry Americans,” Carroll said.

“Together we can all help fight food waste in our own way,” Carroll said.

The FRN and sustainability efforts have already made an impact, according to Beverage.

A year after the first trash audit and weeks of composting, a second audit revealed a large decrease in food waste and recycled materials within the garbage. The group hopes to increase their food recovery project from three times a week to everyday.

“The ultimate hope is that we do it all the time,” Beverage said. “It is a lot of coordination from the student leaders. It is really important, as a student organization, that they manage it all.”

The competition winner will be announced at the finals next week. The prize money would help to further the compost project on campus.