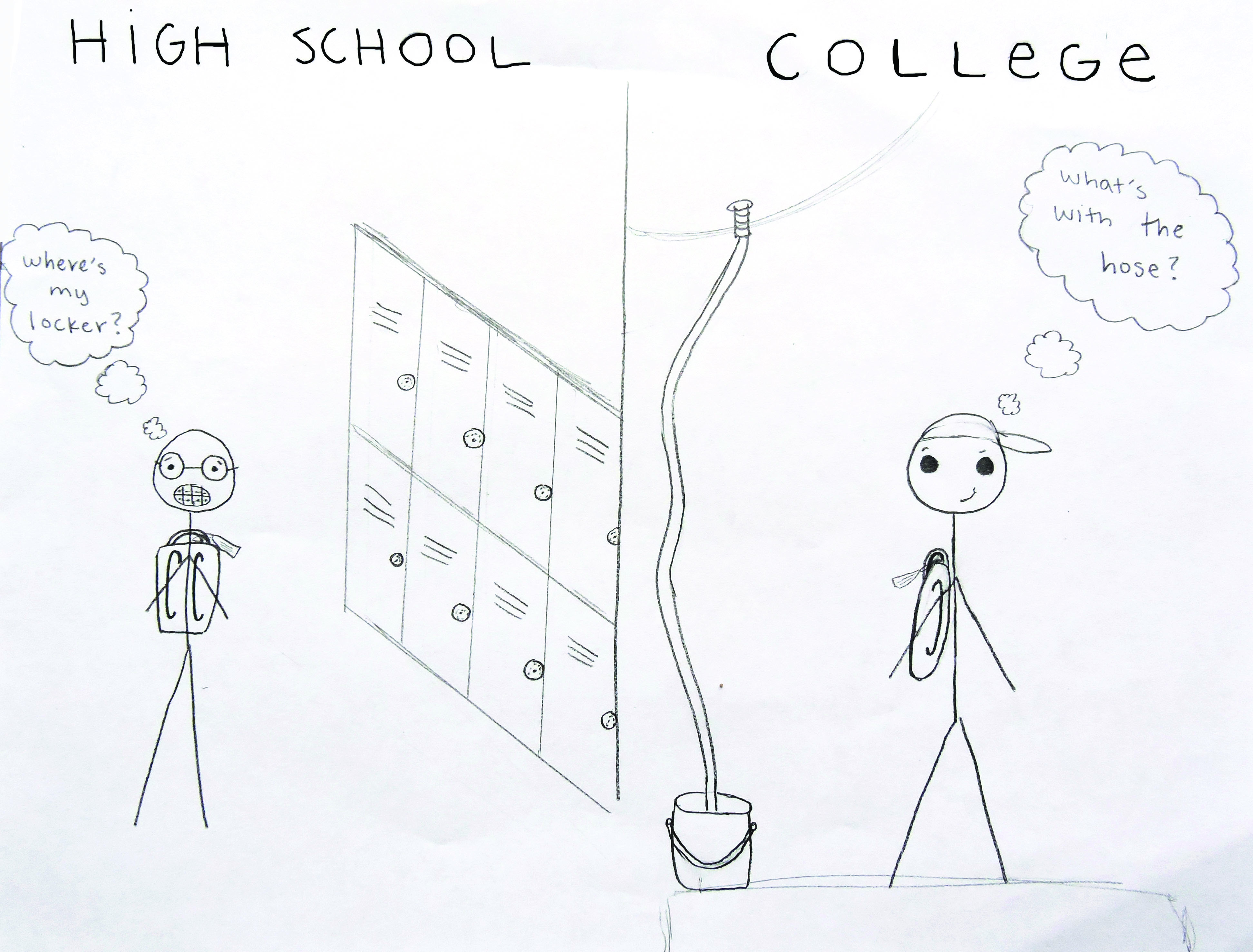 It was the first of many firsts for the first-years after a year of many lasts.  Some students probably had experiences that were similar to those from their first day of high school.

Just four short years ago, the class of 2020 attended their first day of high school.

“There are things that are similar,” Lores said.  “For my school, you had a couple of sessions before school to get accustomed to the buildings. Also, expectations are clearly laid out in college, whereas everything in high school has a lot of people trying to hold your hand to lead you to success.”

Syllabi and icebreakers are also similar between high school and college, but in my opinion, the syllabi in college are actually useful and can make a much bigger impact on your approach toward your classes.

A lot of college professors have a date for each assignment, quiz, test and project.  High school teachers’ syllabi are much more vague and do not contain any information that could make a significant influence on your final grade.

My high school was not very big and was only one floor.  I never had trouble navigating classrooms, which was something I faced on my first day as I passed Gallahue Hall at least three times without realizing it was right in front of me.

Lack of familiarity is a characteristic of not only the first day of high school and college, but also whenever you begin something new like a job or moving to a new place.

To me, the coolest part about both first days is seeing countless new faces and wondering where they are from, where they are going and their reason for being here.  I come from a school of about 1,200 students, and I saw hundreds of new faces on my first day of high school.

Being at a school with over 4,000 people, it is inevitable to come across some unfamiliar faces.  To me, that is reassuring and shows how big of a world we live in.  We will always be meeting new, interesting people for as long as we are alive.

We come from all kinds of places and have all had different experiences that make us unique.  There is one thing we all have in common, though: we have all had to go through these first days.

For the first-year students, it may seem like ages away, but that last first day will arrive in no time just like it has for the class of 2017, who went through the emotional, psychological, coming-of-age rollercoaster that is the first day of college just four short years ago.