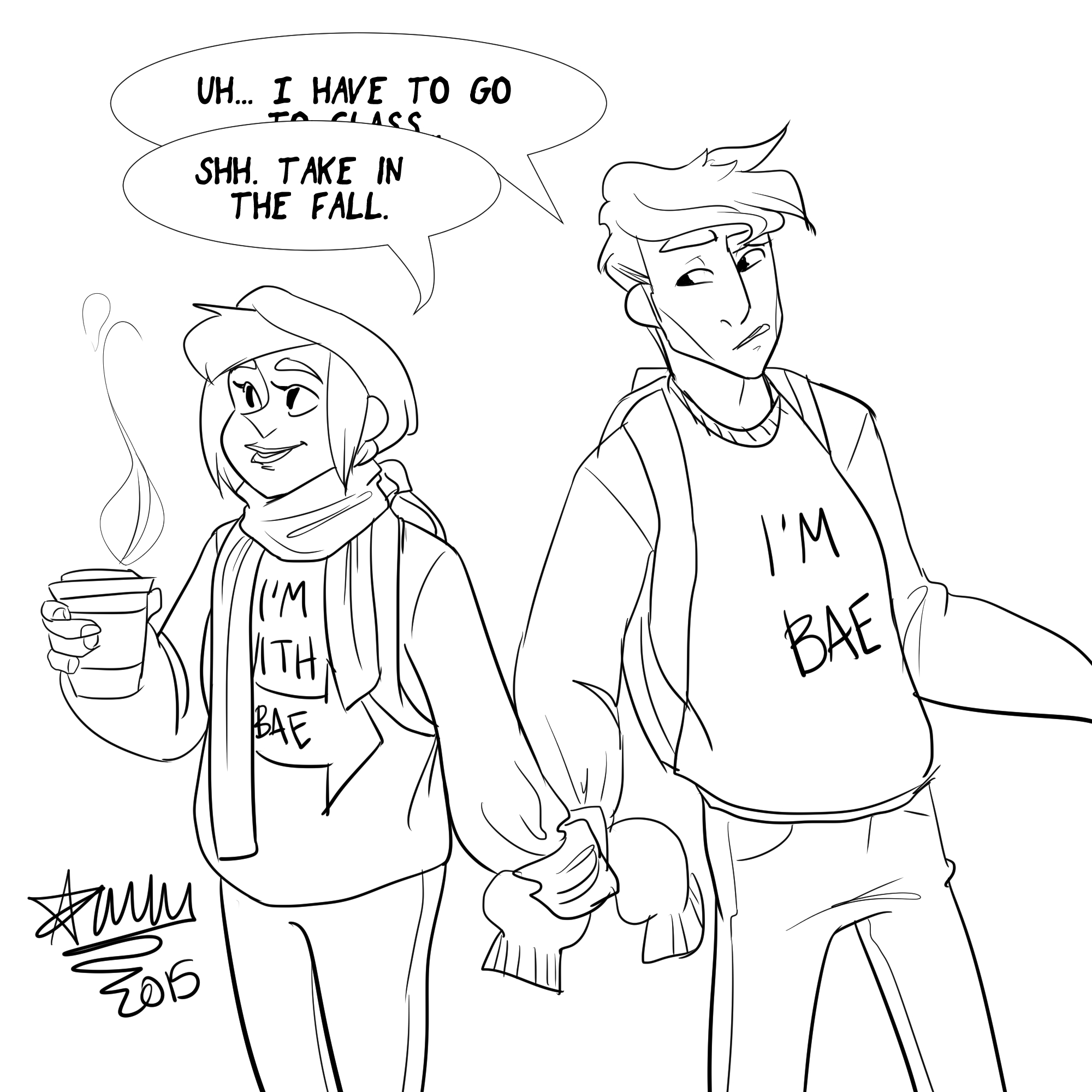 The fall season is approaching us, and with it comes many amazing things. Sweaters. Hoodies. Apple picking. Hot chocolate. Football games. Trick-or-treating. Pumpkin carving. And bae… yes b.a.e. (Before Anyone Else). Because when the weather changes, so does the atmosphere. Temporary love is in the air and cuffing season is here.

Being “cuffed” is a metaphor for being tied down. People who would normally be single or promiscuous are seeking out someone to keep them warm during the cold fall and winter months. People stuck inside the house become increasingly lonely, resulting in the need for “Netflix and chill.” Even older adults result to cuffing in order to have someone to bring to family gatherings and to avoid the awkward, “When are you going to settle down?” In cuffing season, ladies struggling to find Mr. Right will settle for one right now.

The cuffing season doesn’t technically start until Nov. 1, but there are many preparation dates. Pre-cuffing season starts Sept. 4, which is draft day. This is spent searching for all potential baes for the season.

Draft day is followed by training camp, which takes place Sept. 6-9 During training season, teammates (potential baes) are observed to see how they measure against each other. Communication between the owner and players increases as the time they spend together increases.

Preseason is from Sept. 20 to Oct. 18. And during this time, people get more serious. People learn about each other’s personal lives and decide if they want to make a commitment to each other.

Oct. 25 is final roster cuts. This is the time where you pick who you want to be with for the next four months.

And last but not least, the trade deadlines are on Nov. 12. This is your last chance to change your mind about the person you chose to be with. You have to make sure this is the one you want to go to football games with, watch Netflix with and spend the holidays with.

And finally, Nov. 16 marks the official start of cuffing season. From that time until April 1, everyone’s romantic needs are fulfilled and love is in the air. The stability is real. Well, at least for four months. Because when the weather warms up, the need for a significant other will diminish. From then, everyone is once again a free agent. Players go back to being players. Girls go back to playing hard to get. And everyone goes back to “focusing on school.” Doesn’t sound like very much fun, does it? So let’s find our potential baes, that way we can be ready to enjoy these next few months with our Mr. or Ms. Right now.