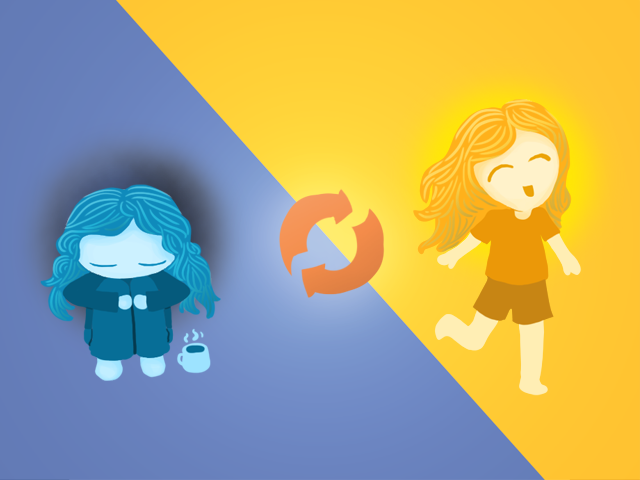 Thirty percent of college students experience depression, according to the National Institute of Mental Health. This depression ranges from seasonal affective disorder to major depressive disorder.

“Seasonal affective disorder is a colloquialism, not a psychiatric disorder,” psychology professor Joel Martin said. “It is actually a subtype of major depressive disorder.”

Major depression is characterized by profound sadness and/or diminished interest or pleasure in things a person used to find interesting or pleasurable, according to the Diagnostic and Statistical Manual of Mental Disorders.

SAD is a type of depression that is related to changes in seasons, according to the Mayo Clinic. The disorder begins and ends about the same time every year and does not often cause depression in the spring or early summer.

Symptoms for SAD include a change in appetite, weight gain, a drop in energy level, fatigue, irritability and avoidance of social situations.

“I’m definitely less happy in the winter,” sophomore Kylie Haviland said. “Being from California, the winter is especially hard.”

“I have no motivation and I would rather lay in bed all day during the winter,” she said.

Side effects include eye strain, headache, fatigue, irritability and inability to sleep, according to American Family Physician.

“I just try to make it through the winter by thinking about summer clothes and how much I love the sunshine,” sophomore Brooke Hammons said. “Winter always takes a toll on me but it’s nothing a little sunshine can’t fix.”