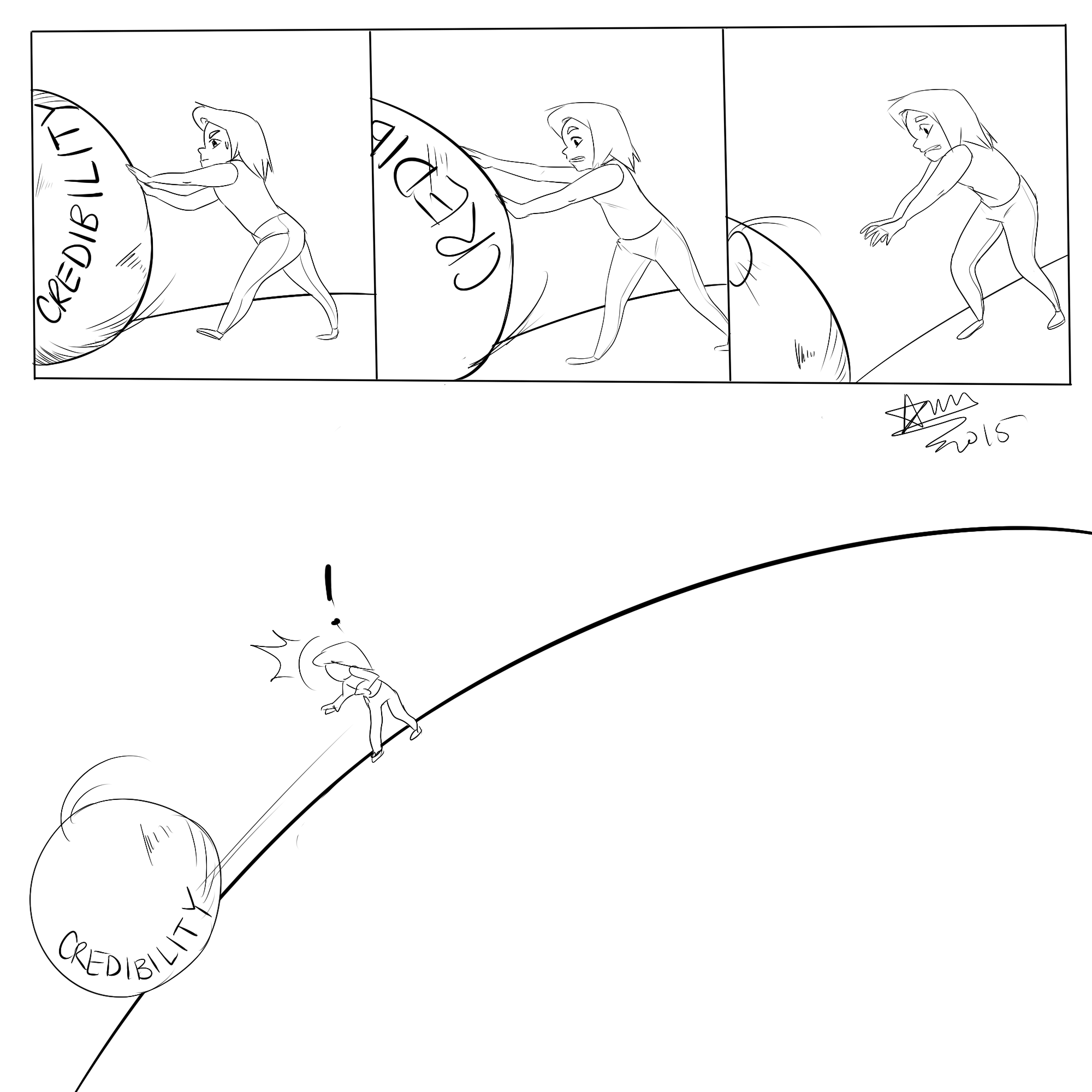 Last November “Rolling Stone” magazine published an article entitled “A Rape on Campus.” The article described a vicious gang rape that took place on the University of Virginia’s campus as part of an initiation rite during a Phi Kappa Psi fraternity party.

The account was extremely detailed, right down to the exact time the victim remembered seeing on the clock after she was allegedly attacked. The details were so extensive, the author of the article, Sabrina Erdely, never questioned the credibility of her source.

Erdely’s source was a woman that would be known to millions of readers as “Jackie,” a shortened version of the woman’s real name. Although Jackie’s account of her traumatic experience was vivid and very specific, it soon came to light that the account was entirely false and “Rolling Stone” retracted the article April 5.

Because the article was so shocking, millions of readers talked about it, tarnishing the reputation of the University of Virginia and the fraternity blamed for the act. The account also sheds a bad light on Greek life as a whole and, even worse, discredits real rape cases that are reported on college campuses.

This was a monumental journalistic mistake.

As a journalism major myself, it only further instills in me the fact that, with every story I write, it is crucial that I triple check every detail I put into a story.

I have had the Society of Professional Journalists’ Code of Ethics drilled into my brain ever since day one of all my classes. As ethical journalists we are required to seek the truth and report it, accurately and fairly. We need to take complete responsibility in the task of reporting the news truthfully, and neither speed nor format excuses inaccuracy in a story.

Nancy Whitmore, the director of the Eugene S. Pulliam School of Journalism at Butler University, said this failure was not simply on the author, but it was rather a team failure on the entire staff at “Rolling Stone” magazine, including the editors and the fact-checkers for the story.

“The biggest failure was that nothing was verified here,” Whitmore said. “Verification is the biggest tool you have to prevent something like this from happening. They could have checked with the fraternity or tried harder to find the lifeguard mentioned in the woman’s story. Verification is key.”

The Code of Ethics clearly states all information needs to be verified before it is released and original sources should be utilized whenever possible.

The fallout of “A Rape on Campus” was indeed a journalistic failure, but it could have been avoidable, according to a Columbia Journalism Review article by Sheila Coronel, Steve Coll and Derek Kravitz.

“The failure encompassed reporting, editing, editorial supervision and fact checking,” the authors said. “The magazine set aside or rationalized as unnecessary essential practices of reporting that, if pursued, would likely have led the magazine’s editors to reconsider publishing Jackie’s narrative so prominently, if at all. The published story glossed over the gaps in the magazine’s reporting by using pseudonyms and by failing to state where important information had come from.”

Upon further investigation of the case, in late March the Charlottesville, Virginia, police department determined there was not enough substantial evidence to support the account.

Unfortunately, at this point it was already too late.

Millions had seen the article and reputations had already been ruined.

“This “Rolling Stone” article shows a breakdown in the standards and practices of the field of journalism,” Whitmore said. “It encompasses the basic practices that we teach our students in beginner journalism classes. You have to double check every lead and you have to operate by knowing that sources will lie to you.”

That is the most difficult part for me to come to terms with, the fact that someone could fabricate such a terrible lie. It ruined the fraternity’s reputation and put the entire university in a negative spotlight.

I understand the writer of the article, Erdely, did not want to question someone’s honesty about surviving rape. You would not think someone would lie about something that serious, but I agree with Whitmore in the sense that, as reporters, it is crucial to realize it is all too possible for sources to lie.

It will truly be unfortunate if the “Rolling Stone” failure now discredits actual rape cases that are reported. Sexual assault is a terrible reality on many college campuses, and this false account could cause people to constantly question a victim’s story.

I think this journalistic failure shows just how much power the written word possesses and how important it is to verify every piece of evidence that comes up, so as to not cause such a significant fallout.