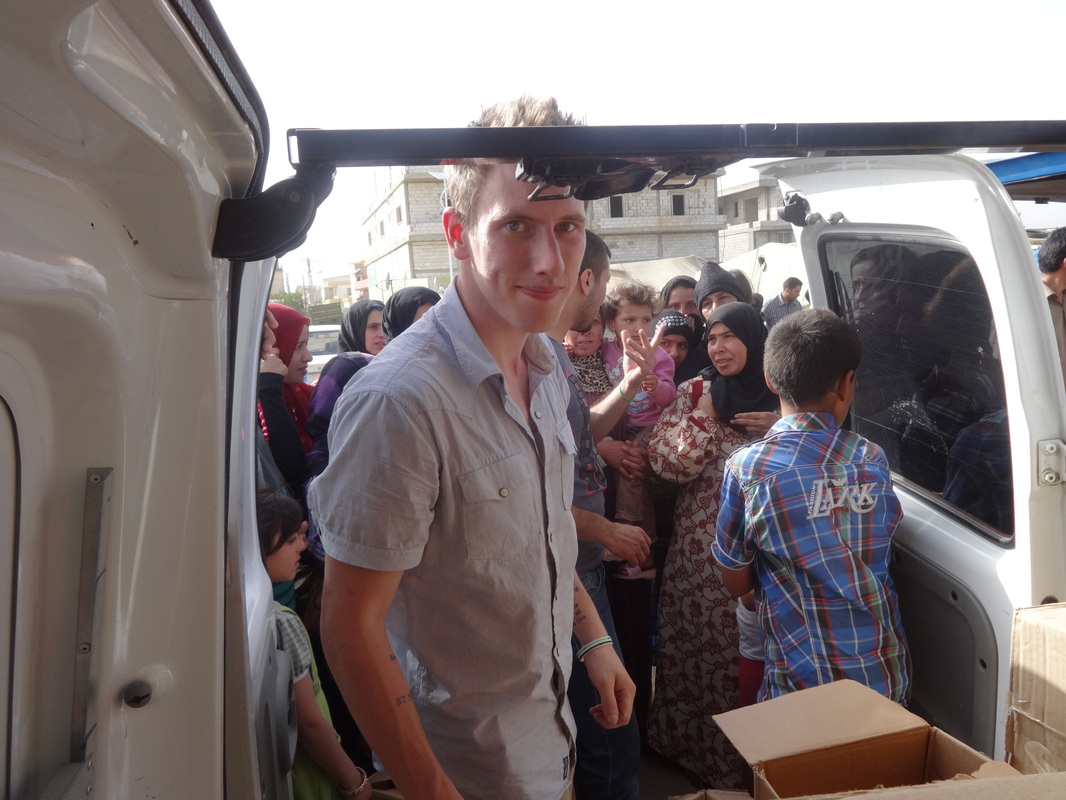 Two years ago in a Jordan Hall classroom, students were discussing the topic of the day: the role of identity in conflict.

Siobhan McEvoy-Levy, head of the political science department at Butler University, was guiding her class through the discussion when a student raised his hand.

From the back of the room, she called on a student whose answer has stayed with her ever since.

“What do you do if you don’t have an identity?”

The student was Peter Kassig.

After being held captive for more than a year, Peter, later known as Abdul-Rahman, was executed by the terrorist group ISIS on Sunday.

Kassig, who attended Butler in 2011-12, traveled to Lebanon in 2012 to provide medical and humanitarian aid.

He was abducted on Oct. 1, 2013, while transporting medical supplies to the Syrian city of Deir al-Zour. He was first threatened in an ISIS video released on Oct. 3.

In a campus-wide email sent on Sunday, Butler President James Danko asked the Butler community to keep the Kassig family in its thoughts and prayers.

While at Butler, Kassig was a political science major. He had one lecture with McEvoy-Levy, and took a couple of independent studies with her.

“He was incredibly, intensely caring about the world and a very thoughtful, reflective student,” McEvoy-Levy said. “Even then, he was a visionary in terms of wanting to make change in the world and arguing for a case for less subtle, less strategic, more caring, more purposeful kind of politics.”

The political science department set up a memorial in Jordan Hall. It is a simple bulletin board focused on his work and statements from members of the Butler community. McEvoy-Levy said it is a place where people can reflect. The department is also meeting Wednesday to work on some education initiatives in Kassig’s name.

Indiana Gov. Mike Pence issued a statement about Kassig encouraging Hoosiers to keep the Kassig family in their prayers.

Pence also instituted an official period of mourning. All flags at state buildings across Indiana were lowered on Monday.

“The world and Indianapolis today lost a man of peace at the hands of fanatics,” Indianapolis Mayor Greg Ballard said.

Kassig wrote exactly of the peace he craved in a letter to a Butler faculty member in 2012.

“It is my hope that someday we will all see that there is more between us all that is the same than is different,” Kassig said. “Peace is better than war, violence is as much a vice as any other, wrath can consume you and the people you care about.”

Kassig’s family also released a statement after they received confirmation of their son’s death.

“Our hearts are battered, but they will mend,” Paula Kassig said. “The world is broken, but it will be healed in the end.”

McEvoy-Levy will never forget that class discussion, mostly because she discovered what that question meant.

“I later learned that he was in transition from an identity as a soldier to something else,” she said. “And that something else, as we know, is someone who wants to nonviolently give back to the world.”