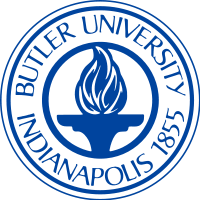 Butler University will start to unveil its new brand in December to unify the way the university shares its story.

Butler’s marketing and communications department hired 160over90, a branding agency based in Philadelphia, to help with the efforts to change Butler’s image in February.

The university and 160over90 started a process to redesign Butler’s brand, which includes the website, admission materials and other media.

Marketing and communications is working with students from across campus to take new pictures and capture new stories to update Butler’s story.

Sophomore Lily Pickett is a part of the rebranding process, adding to the examples of student experiences at Butler.

“It is a great thing that they are trying to sort of revamp how Butler tells its story and make it more accurate to what is happening on campus,” she said. “I think it is great they are using student leaders to show what Butler is really like rather than trying to find other people to talk about it.”

The packets given to admitted students will be the first part of the gradual introduction to the new brand. The rest of the brand will be unveiled during 2015.

Current high school juniors who apply to Butler next year will be the first group to see Butler’s new brand from prospective student materials all the way through Welcome Week in 2015.

Stephanie Judge Cripe, the director of marketing strategy, said the brand is true to Butler.

“It feels very authentic to Butler,” she said. “It is not a departure at all.”

Judge Cripe said the partnership with 160over90 is fantastic and cooperative, despite the distance between Indianapolis and Philadelphia.

“They have really invested the time in getting to know us,” she said. “I’ve been really impressed with that personal, one-to-one feeling. What I really like about them is that they really understand us. I feel like they really captured what Butler is and they are respectful of that.”

She said the core components of what makes Butler special have stayed the same since she stepped onto campus in 2000.

Haggerty said the new brand combines retro and modern styles to appeal to a the new generation of students applying to Butler.

Other complementary colors add to the overall color scheme.

Judge Cripe said Butler worked with 160over90 to create brand guidelines that can be translated through several different forms of media.

The overarching color scheme works with recurring motifs, such as banners, ribbons and frames to keep the brand cohesive and consistent.

Haggerty said the stylistic elements of the new brand remind her of social-networking sites Instagram and Pinterest because there are different layers that make up the photography and print pieces.

The new style of photography also reflects this modern shift, Haggerty said, with students facing the camera exuding a quiet confidence. The pictures also show campus on a macro-level with students and buildings visible.

Pickett, a resident assistant in Ross Hall, is one of the students who will take part in a photo shoot and share her Butler experience.

“Students know best what campus is actually like,” she said. “When you’re looking to go to a school for four years, you’re going to want to talk to a student because they know what it is like to be a student.”

Haggerty said she thinks more photo shoots could happen to capture campus during different seasons. She also said she would not be surprised if more students were chosen to participate.

In order to choose students, Haggerty used her role in student affairs to contact students across campus, including different grades, colleges and involvement. She said she wanted different experiences to be represented, such as studying abroad, having an internship or being a resident assistant.

“That is important that a prospective student sees someone who looks like them at Butler because that’s just going to want to come here more,” she said. “They should see a mirror of who they could be or who they are now, so they feel comfortable and be a home to them.”

Students who were chosen shared their Butler experiences in a survey and chose whether or not they wanted to participate in the project.

The survey included favorite Butler memories and what clubs and activities they are involved in on and off campus.

“The branding initiative is all about pulling together and telling our collective story in the best way we can,” she said. “The best way we can do that is by telling the stories of our current students, our recent graduates, our successful alums and our faculty and staff.”

Throughout the process, Judge Cripe said the goal has stayed the same—share Butler’s story in a unified way to reach more people.

She said there are three ways to measure the effectiveness of the rebranding: positively affect enrollment over time, help the university fundraise and realize the 2020 vision.

“Another objective of this is to energize the campus community,” Judge Cripe said. “So that we really are able to tell our story in a unified way no matter who is approached. The engagement that we have started to have with students, faculty and alumni is neat to see, just to see how excited they are about it.”

Involving people from all different corners of campus was key during the rebranding, Judge Cripe said.

160over90, the branding agency, began the effort by talking to people in focus groups about Butler, including groups such as current students, parents and prospective students.

Then, a  marketing research and strategy firm, SimpsonScarborough, contacted more than 1,000 students to conduct quantitative and qualitative data about the university and its brand.

Focus groups tested the reactions to the new brand.

“We showed it to 500 people,” Judge Cripe said. “So we were sure that we were showing and choosing the concept that resonated with Butler’s story the best.”

The rebranding process will be ongoing, Judge Cripe said.

“We want to continue the dialogue with all our constituent groups to make sure we continue that process as we roll this out,” she said. “It is not a one-time thing. It is a living, breathing process. We want to continue engaging with the community, so that it belongs to all of us.”

The website will be updated, in February and March and the rest of the brand will be gradually phased in.

“I think it going to be really, really exciting when the campus gets to see it come to life,” Judge Cripe said.