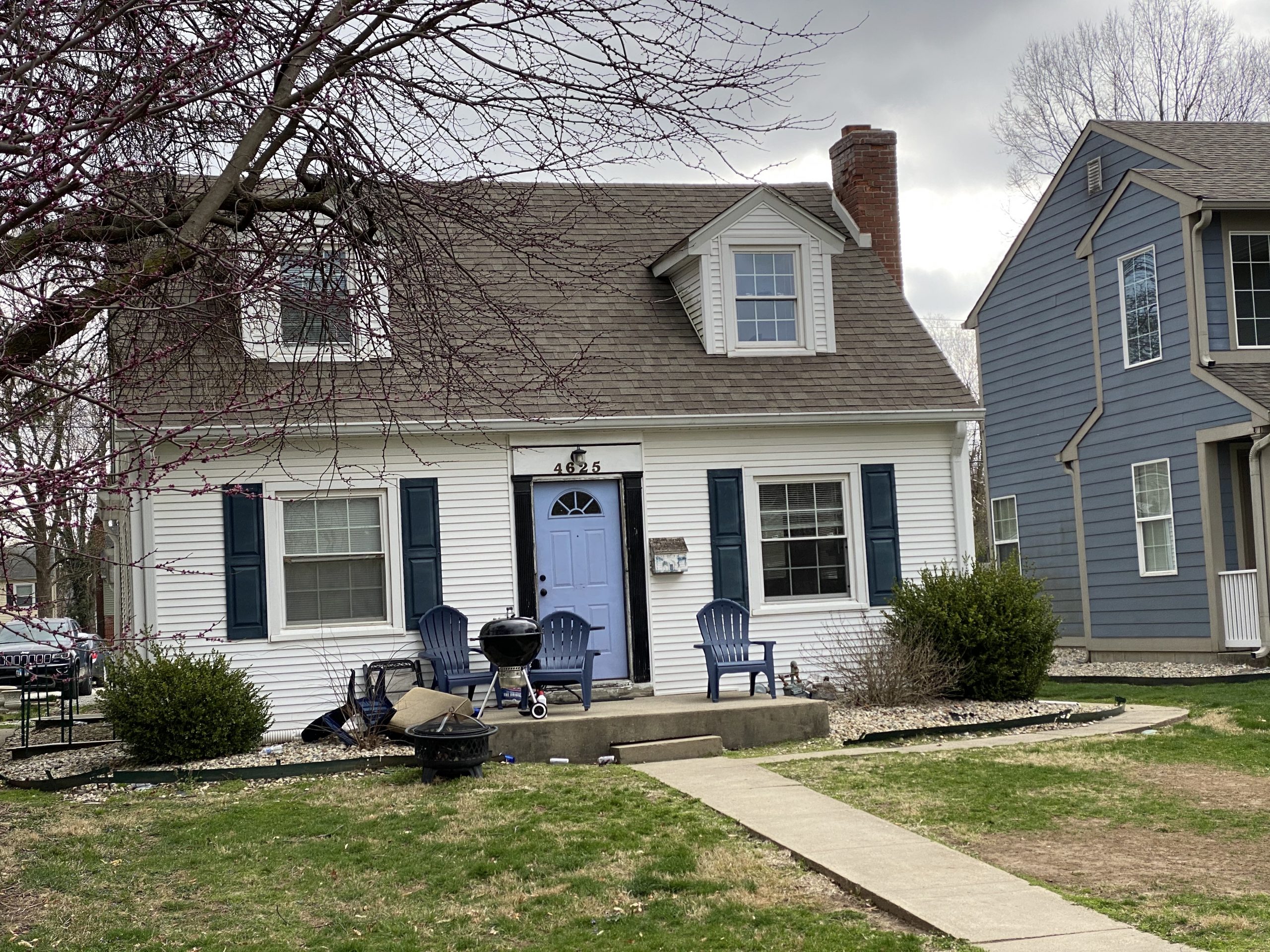 Students describe their experiences living in their senior houses. Photo by Claire Runkel.

For many students at Butler, senior year means renting a house on the outer edge of campus, but the lifted residency requirements have allowed juniors to join in on the fun. After living on campus for three years — a Butler residency requirement — many students are ready to escape the watchful eyes of RAs and other administrative employees and live in their own houses in their final years on campus.

Off-campus housing has been a longtime staple in the culture of Butler University, and for some students, it’s their first experience living completely on their own. Some use this freedom to settle down with friends, while others add the pets to the mix.

James Horkavi is a junior accounting major at Butler, and he lives in an off-campus senior house across from the old Metro Diner building. He said that he picked the house because he loves the location and because it was an easy transition, as the house has been passed down in his fraternity, Sigma Chi, for a few years now.

“This house has been in our fraternity for the last four or five years so it kind of just fell in line with us,” Horkavi said. “Last year we knew the guys that lived here pretty well and we came over here a lot. It’s a pretty decent-sized house with a lot of bathrooms so we just kind of ran with it.”

Horkavi said that he originally signed the lease on the house for his senior year, but when he found out that there wasn’t anyone living in the house this year, he took the opportunity.

“I decided I would rather live here than in the frat,” Horkavi said.

Although this is his first time living in the off-campus house, Horkavi said when he visited campus as a senior in high school, he had the opportunity to see the house and hang out with some of the people living there at the time.

“When I visited [Butler] when I was like a senior in high school I actually came to a party at this house and now it’s coming kind of full circle that I live here, I guess that’s kind of cool,” Horkavi said. “But I didn’t really think about it that way, I kind of just thought about it, there’s a cool backyard, we have a pool table in our garage, it’s just a good house to live in.”

“We also have a pet mouse,” Horkavi said. “It’s called Morto, he’s got a pretty sick cage, he’s super chill. We got him last week so he’s a new member.”

Horkavi said that he’s excited to live in the house again next year and continue enjoying all it has to offer.

Emma Morton, a senior mechanical engineering and economics major, lives in a house across from Hinkle, and said she loves the location.

“There’s a lot of people who walk by, so I get to see a lot of people I know going on walks and stuff,” Morton said. “It was definitely busy during March Madness season and on the weekends, especially when the weather is nice and everyone is hanging out on their front porch listening to music. Just a good environment.”

In addition to the great location that the house has to offer, Morton said that the size of the house and the little quirks and fun elements it includes make it feel more like a home to her.

“We have a cute little breakfast nook,” Morton said. “We have a kitchen and then we have a fifties little sofa we can eat at. There’s also definitely animals in the attic because I hear them running around at night. And our front porch is really huge compared to others, so I guess that’s kind of quirky.”

All of these unique qualities come together to make up the house that Morton calls home while at Butler. She said that she will miss it next year when she moves into another house on campus to complete her fifth year program at the university.

Blake Morehead: The house with the purple door

Blake Morehead, a senior pharmacy major, lives in a house across from Clowes Memorial Hall and said that his decision to live in the house was an easy one.

“I chose my senior house because I’ve basically been friends with the same people since freshman year so it’s me and six other guys… and it’s kind of crazy because it’s a bigger house and there’s always something going on, it seems like,” Morehead said. “So the main reason I chose it was because of my friends and because of the location.”

Morehead said that whenever people come over to the house, they use a unique identifier along with their address to cue people into their location.

“I always tell people when they’re coming over, we’ll give them the address, but then we always say ‘it’s the purple door’ and that’s easy for everyone to spot out from the road,” Morehead said.

Even with all of the change brought about by the pandemic this past year, Morehead said that the house has helped him continue to make great memories during his senior year.

“It just has everything I was looking for in a house… the front yard, it’s not a huge yard but it’s enough to where you can play cornhole or some yard games out front,” Morehead said. “Got a little bit of a porch so we’ve grilled out and had bonfires out there…it’s just a good house in general. The COVID thing has kind of stunk because it’s definitely taken away a few things, but overall it’s been pretty good.”

Morehead also said that he would miss the house next year as he continues moving through the pharmacy program at Butler, but he is thankful for all of the memories he has been able to make this year.

Senior houses have been a staple of the Butler experience for generations of students: from stories, to traditions, to beloved pets, these houses have once again created meaningful experiences for the students who have lived in them.