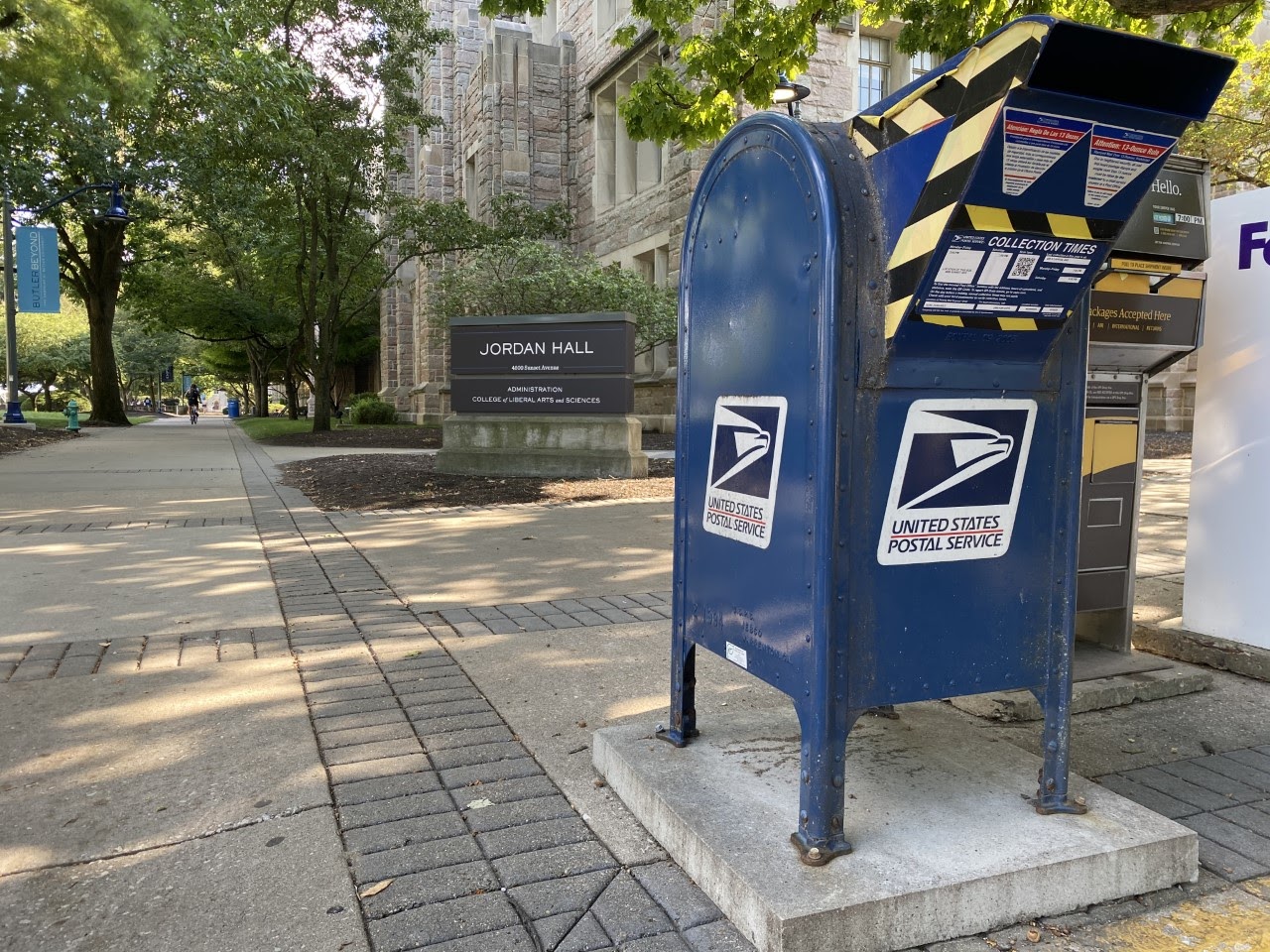 Sitting at our kitchen table in Indianapolis, my roommate and I reviewed his absentee ballot for Minnesota’s primary election. After being sidetracked by a discussion ranging from campaign websites and logos to policy positions, we walked to the nearest U.S. Postal Service collection box — the one at the corner of Jordan Hall in the academic quad. I imagine that our experience mimicked ones throughout the country, foreshadowing even more to come in the fall.

However, some leaders aim to prevent more voting by mail.

This pandemic happens to overlap with an election season — and a presidential one at that. Thus, mail-in and absentee voting, largely the same despite politically motivated false distinctions, is one of the latest controversies. Considering the COVID-19 pandemic’s threat to health and safety, many states have expanded voting by mail.

During the primaries, Indiana also expanded absentee voting, allowing people to vote by mail without an excuse; however, Indiana governor Eric Holcomb and the Republican members of the election commission have refused to expand absentee voting for the general election. This decision matches president Donald Trump’s distaste for vote-by-mail expansion.

Without evidence, Trump claims that increased vote-by-mail will rig the election. Specifically, he has objected to pandemic relief for the U.S. Postal Service and elections to prevent universal mail-in or all-mail elections, where every registered voter receives a ballot in the mail. Trump continually tweets about rampant fraud related to vote-by-mail, which Gregory Shufeldt — an assistant professor of political science who authored a 2018 study on electoral integrity — and others refute.

Even Trump’s presidential advisory commission on voter fraud could not produce evidence, and it was subsequently and abruptly disbanded in 2018. Some believe that Trump is actually against the practice because more Biden supporters intend to vote by mail. However, studies show that universal vote-by-mail does not benefit either party.

“Indiana could benefit from policies and procedures like Colorado,” Martella said. “It’s not just the voter turnout. It’s also the climate, almost like the sentiment around voting … It’s more approachable.”

Colorado has had universal vote by mail since 2014, and their success highlights Holcomb’s failure in Indiana. The state has a number of policies to protect against fraud, maintain voter rolls and ensure voter trust including automatic registration, data sharing between government offices, unique ballot barcodes and counting transparency. Consequently, Colorado elections are among the highest turnout and safest in the country. The state even allows voters to track their ballot through the process.

“From the time I send it in, I can track it like a package,” Martella said. “So I know exactly when my vote is counted. And I think that’s super valuable because it feels more tangible when you’re voting.”

All-mail elections work, but Indiana would struggle to implement this system by November, even if there were bipartisan support. Currently, the Holcomb administration is refusing to adapt to voter needs by requiring specific excuses for mail-in voting — excuses that are unrelated to the ongoing viral pandemic.

In Indiana, voters have to meet at least one of eleven acceptable excuses to vote by mail, including reasonable expectation that voters will be absent from the county while polls are open, have a disability, be at least 65 years of age, have official election duties, work the entirety of polls hours or have no transportation to the polls, among other options.

Meanwhile, other states have eliminated excuse requirements, and some are even sending absentee ballot applications directly to voters.

Advocates for voting rights in Indiana sued the Holcomb administration about this requirement, arguing that it violates the equal protection clause of the fourteenth amendment and the age discrimination clause of the twenty-sixth amendment. U.S. District Judge James Patrick Hanlon rejected this attempt to expand absentee voting in Indiana. However, this lawsuit will proceed.

Victoria Combs is the executive chair of Dawgs Vote, a Butler University club that helps Butler community members vote, and a senior political science and history double major. Combs highlighted differences between Indiana’s voting system and those of other states.

“I would love to see the governor make voting more accessible for Hoosiers,” Combs said. “Other states have taken a great step forward and made it so you don’t have to provide an excuse.”

Butler community members registered and residing in Marion county that do not meet the absentee criteria have to vote in person. Shufeldt is one such member.

“Many people are going to have to make that choice between their health and their decision to vote.” Shufeldt said. “I’m forced with voting in my district on the east side of Indianapolis, voting early, breaking the law and saying that I need an absentee ballot, or not voting.”

Holcomb has indicated that voters could select the confined due to illness excuse, but legally this excuse does not cover a pandemic. It has been claimed that Marion county does not always verify voters’ excuses, but by signing the form, voters risk up to two and a half years in prison and a $10,000 fine.

The best options for Butler community members registered and residing in Marion county that are wary of contracting COVID-19 is early voting. The Marion County Election Board approved their 2020 General Election Vote Center Plan, which included early voting sites, on Aug. 26. Voters can visit vote.indy.gov for more information.

Butler community members that are not registered in Marion county face different challenges.

“I have found that [a lot of students] do vote wherever they’re from,” Combs said. “So, I do think with college students, [Dawgs Vote’s efforts] heavily focus on absentee voting.”

These members meet the criteria for absentee voting — they expect to be outside their registered county while polls are open. Thus, their challenges pertain to delivery and disenfranchisement.

Absentee ballots can be dropped at ballot specific drop boxes organized and distributed by election officials; however, they are often sent through mail. Some are worried about significant changes in the U.S. Postal Service only months before the election.

These alarming changes have slowed delivery, raising the possibility of disenfranchisement. They have come after the appointment of Postmaster General Louis DeJoy in May, who cites the Postal Service’s financial situation to justify the changes.

The U.S. Postal Service sent a letter to multiple states, including Indiana, warning them that it would struggle to deliver ballots by their deadlines. Some states have changed their deadlines accordingly, but Indiana has not. Indiana’s deadline, compounded by the Postal Service’s changes, raises the possibility of disenfranchisement.

“It’s important for all students to really pay attention to the deadlines, especially in Indiana,” Combs said. “Absentee ballots need to be received by election officials by noon on Election Day.”

From potential disenfranchisement to forcing health and safety risks, Holcomb and Trump are harming Butler’s community. They continue to erect barriers to voting that disenfranchise or threaten voters’ health and safety. These actions are unacceptable. Regardless of party affiliation, politicians should be dedicated to realizing the will of the people. Despite efforts against voters, these policies can be rectified, but it requires participation — it requires voting.

Those who would like to vote, regardless of county or state, can visit Vote.org for information. Hoosiers can visit Indiana’s voter portal.

Hoosiers must be registered to vote by Oct. 5. In Indiana, county officials must receive absentee ballot applications by 11:59 PM on Oct. 22. The U.S. Postal Service recommends sending absentee ballots by Oct. 27 through first-class or expedited. This small gap affords minimal room for delay, so I recommend voters err on the side of caution — vote even earlier!