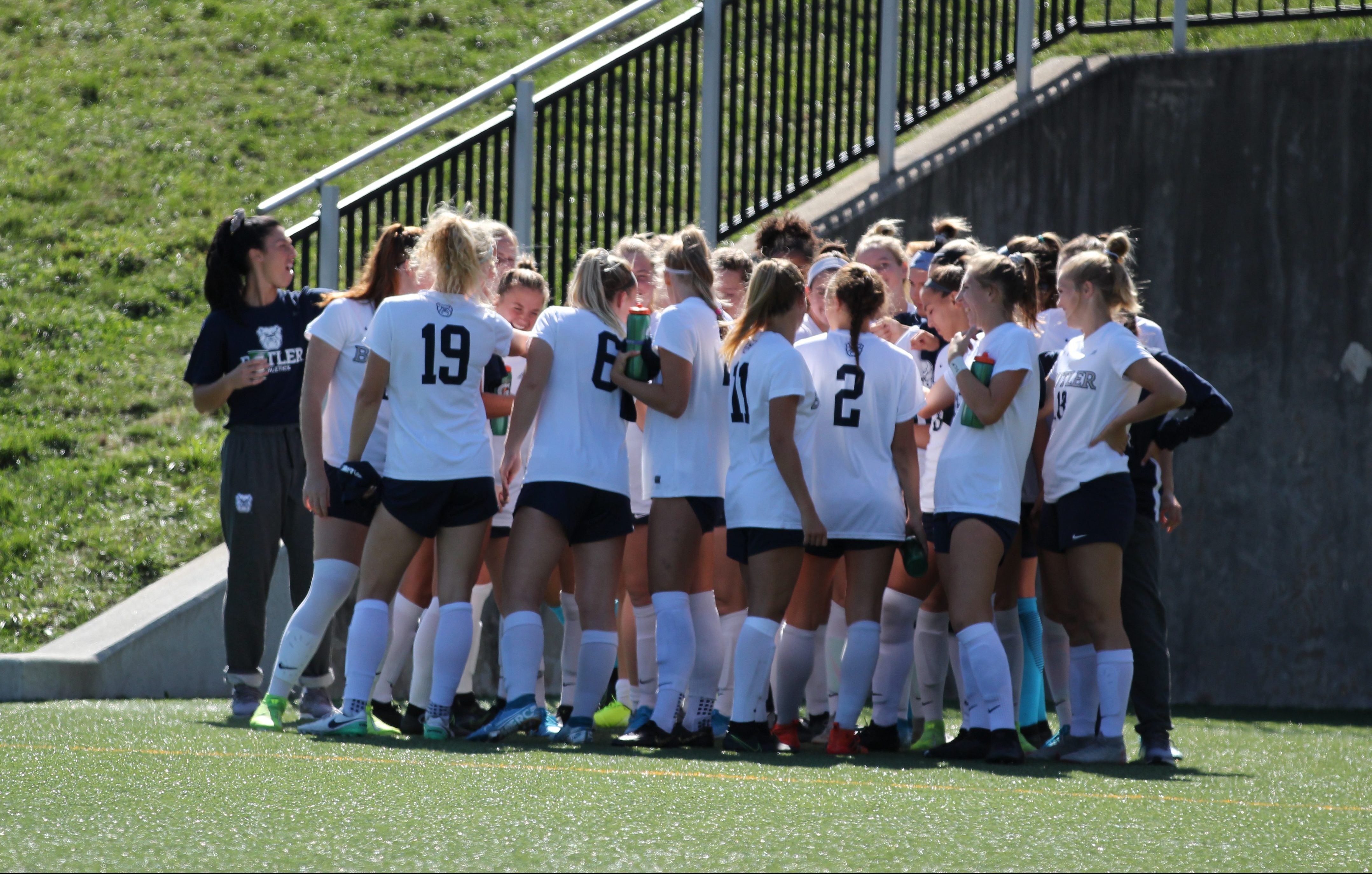 The Butler women’s soccer team gathers before a game this season. The Bulldogs are now 8-4-3 on the year. Chandler Hart / Collegian file photo.

The Butler women’s soccer team moved to 8-4-3 on the 2019 season with a 0-0 draw against No. 11 Georgetown on October 20. In a battle of the top two teams in the Big East conference table, neither team could land the knockout punch after 110 minutes of play. Here’s what we learned:

1. Butler’s back line made it tough for the Hoyas

Georgetown came into the match averaging the most goals of any team in the Big East. They were ranked 13th in NCAA DI women’s soccer in total goals.

But the Bulldogs’ defense was stout in the match against the Hoyas and even earned a rouse of the crowd at the Sellick Bowl in several moments. Georgetown lacked clean opportunities for many stretches throughout the match.

“If we have to defend one v. one all throughout the field, then there’s no way we’re going to keep pace with some of the players that Georgetown has,” St. John said. “Just our players’ efforts today in working to double down really limited their clean chances today.”

Georgetown has been shut out just two other times this season. No. 1 Virginia and No. 9 Duke are the only other two schools to shut out the Hoyas this year.

2. Butler had the better of the chances in the match

The Hoyas led the shot count while also generating more corner kicks than the Bulldogs, but Butler had arguably the best scoring opportunity of the match.

In the first overtime, Celia Gaynor’s second-chance shot on an empty net hit the crossbar. Butler earned a free-kick that set up an Annika Schmidt header.

Gaynor’s chance following the header sent the crowd into a frenzy as the Bulldogs were inches away from a win.

Her opportunity didn’t stand alone in the match as Katie Soderstrom spread out a few key chances, notably a one-on-one opportunity with a lone Hoya defender in the first half. St. John also noted Macy Miller with a few key runs in the match.

The Bulldogs are in the home stretch of the 2019 season and the match against the Hoyas kicked off a critical four-game finish. Butler is currently in a battle with the Hoyas, along with Xavier and Providence, for one of the two first-round byes in the 2019 Big East tournament.

Six teams qualify for the conference tournament and the top two teams in the Big East table earn a bye to the semi-final. Xavier defeated St. John’s 3-0 on Sunday to leapfrog Butler for second-place in the Big East.

Butler has yet to play the Musketeers and Friars this season.

Wins over the Musketeers and Friars would also prove pivotal in padding the Bulldogs’ resume as they are both ahead of Butler in the latest NCAA women’s soccer RPI. The NCAA selection committee uses RPI to determine seeding and at-large bids for the NCAA tournament.