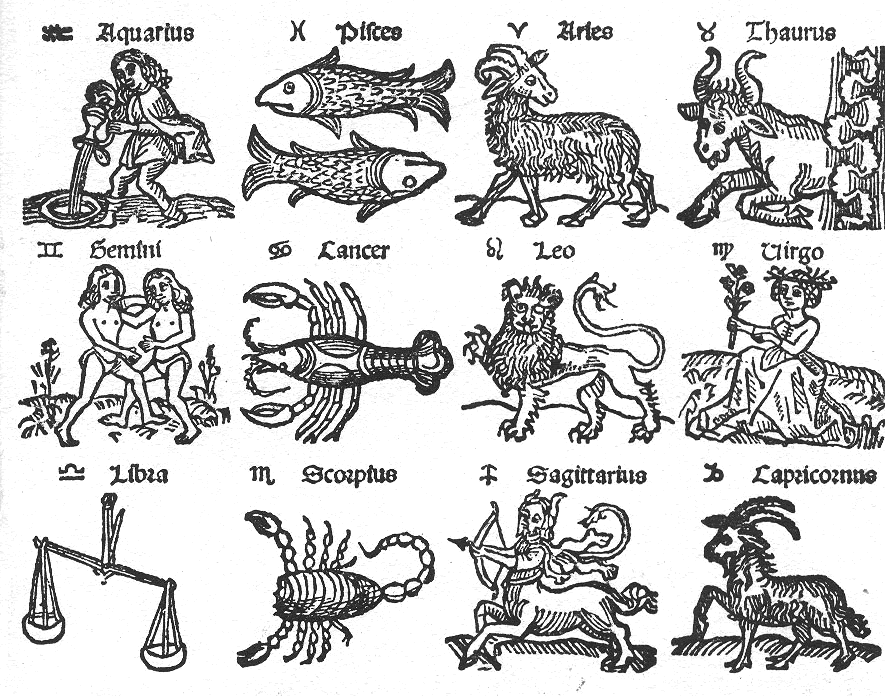 Sports require blood, sweat, tears — and the occasional divine intervention from the universe. Here are what the stars are projecting about your sporting future.

Your NHL team is in the playoffs, and it looks like they have a tough road ahead. You, however, aren’t afraid to be independent and stand by your team. Don’t hide your emotions if your team takes the Stanley Cup — just let it all out!

You put all your faith into your intramural soccer team. You said, “this is our year!” And yet, you’re 0-3, and two of your teammates have quit. Don’t beat yourself up; it could happen to any team. Just don’t try to play the victim and blame the referees for poor officiating.

With baseball season in full swing, you might start to get impatient with the slow pace of the game. Luckily for you, the NBA playoffs have just begun! Just promise you won’t get moody when the Warriors win it all yet again.

Your fantasy baseball team is off to rocky start. You’re devoted to your team, but they’re not living up to your expectations. Your league-mate has sent you an offer for a trade. Trying to play on your early slump, he sent you a trade to swindle your lackluster — but promising — players. Now that player you just traded away is favored for MVP, while the one you got in return is out for the season with Tommy John’s surgery. You shouldn’t have made that trade, bud.

Your pickup basketball team is just like your personality — hot and cold. You dominate your  opponent one minute, but sink into a downward spiral the next. However, team sports are where your quick wit shines the most. Rally the troops and pick apart your opponents’ weak defense.

The NFL draft is approaching, and all the talk is pointing to your team getting a real stud in the first round. Unfortunately, the player is going to replace an old veteran who has held the identity of the team for the last decade. This conflicts with your loyalty, as this player has become like family to you. However, it’s time to move on and welcome a new stranger to your squad.

You’re the captain of your newly-formed ESports team. Like the king or queen you are, you demand respect and admiration of your teammates. As the leader, you take charge and make sure your plan is followed by all. Your overconfidence blinds you to the fact the you have a gaming ability of a geriatric boomer. Maybe take yourself down a peg, and let someone else be the captain.

You’ve been in the gym every day since your last high school basketball game working hard, day and night, honing your handling skills and developing your sick-nasty layup package. Training to a constant montage in your head, hoping your pipe dreams of a D1 scholarship will arrive at your door because of the dunk montage you put on Twitter. For someone who is usually so practical, this line of thinking is way out of pocket for you. Just give it rest.

You’re kicking back with the bros discussing sportsball and whatnot. Suddenly, a heated argument breaks out about who should win MVP in the NBA. One friend is adamant about a repeat James Harden win, while another is stanning for Giannis Antetokounmpo to take the crown. You, a harmonizer, hate conflict and look for a way to solve the situation. You interject, saying it doesn’t matter who wins: “at least it’s not that snake KD.” Everyone laughs and cools off.

You’ve made new friends since last intramural season and have therefore decided to switch teams. Upon leaving, you had a falling out with your old teammate and are in a bad place. Just move on. Don’t let your jealous, violent nature get the best of you and go all Antonio Brown on Twitter, making fool of yourself.

You’ve been hyping up your team the whole offseason, saying your free agents pickups and draft picks will finally make this team’s championship hopes come to fruition. Unfortunately, as you often do, you’re promising more than your team can deliver. Don’t be surprised when your team is sitting dead last in their division and just traded away your best player for the equivalent of a bag of chips and a Capri Sun.

You’re one of the best sports bettors around, and you’ve been raking in the big bucks ever since you started. Your self control and discipline has kept you from making any fatal mistakes. Soon, however, your know-it-all attitude will catch up to you and clean out your piggy bank. The pessimist in you was saying this would happen right from the get-go. Forgive yourself for once — your parents won’t be so forgiving.