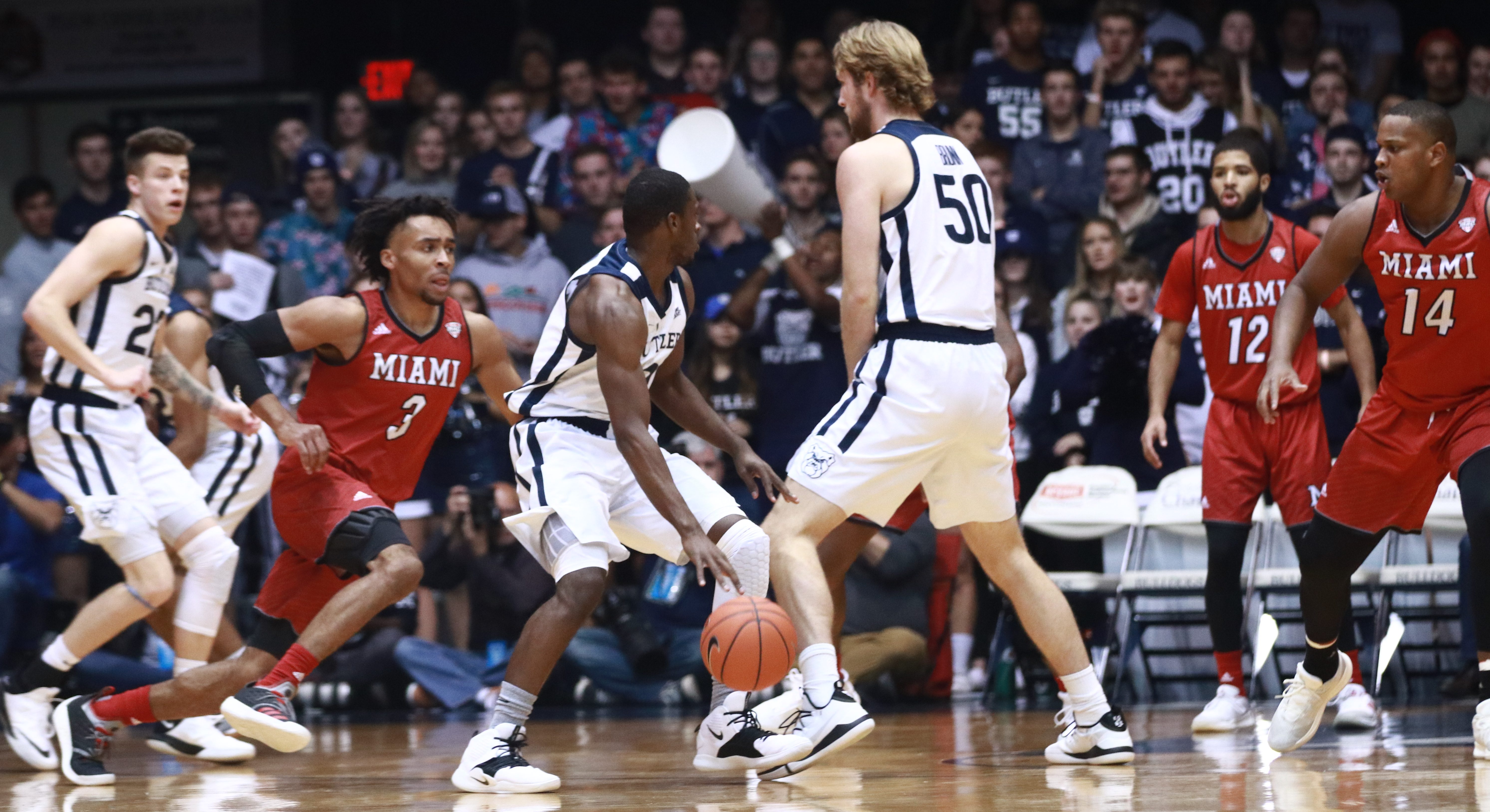 After two games against mid-major opponents to start the season, the Butler men’s basketball team welcomes Ole Miss to Hinkle Fieldhouse for a Big East/SEC matchup.

Who: Butler vs. Ole Miss

Butler’s bigs get their first look at a massive opponent

Butler’s first two opponents this season have been relatively undersized in the frontcourt. While the majority of Ole Miss’ points came from the guard position in their first game, junior center Dominik Olejniczak is every bit of seven feet. Joey Brunk has been efficient and active on both ends of the floor this season, but he’s had an advantage in size on both occasions. This will be his first test against an opponent just as big as he is.

Balanced scoring from the Rebels (and the Dawgs)

The sample size is small, but in their win over Western Michigan, the Rebels had four scorers in double figures led by their backcourt. Guards Terrence Davis, Breein Tyree, and Devontae Shuler combined for 44 points against the Broncos and D.C. Davis added 12 points of his own in just 14 minutes of action. Kamar Baldwin and Aaron Thompson will have their hands full, but a team defensive effort will be required to keep this array of guards contained.

Butler’s offense thrives on a similar balance. Through two games, the Bulldogs have six players averaging eight points or more led by Baldwin, who is averaging 23.5 points per game. This team is so hard to guard because it isn’t clear who the second scorer is behind him. Several different players have proven they are capable of double-digit performances, making this offense hard to game plan for.

Kermit Davis at the helm

Kermit Davis is the new head coach of the Rebels. And he’s good at what he does. Before returning to his home state to coach Ole Miss, Davis won seven conference titles in his last nine years at Middle Tennessee State as part of the Sun Belt and Conference USA. He took the Blue Raiders to the NCAA Tournament in 2013, 2016, and 2017. Who did they lose to in that 2017 tournament? None other than the Butler Bulldogs. Having been in the business of coaching for 36 years, he knows what he’s doing and will help elevate the level of play at Ole Miss.