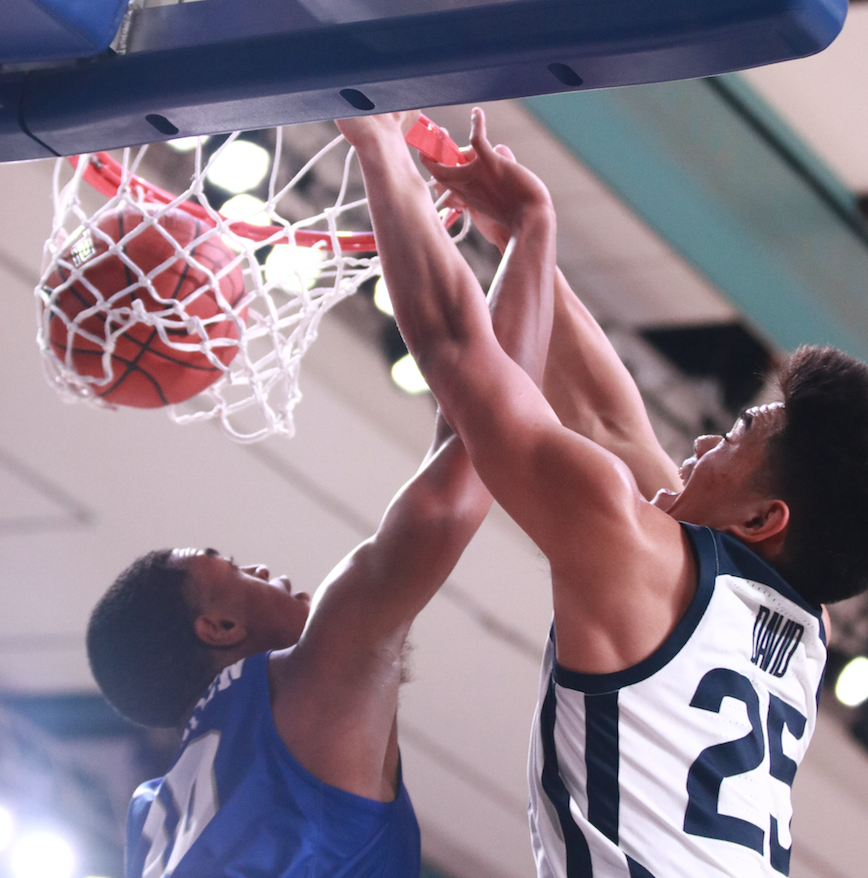 The Butler men’s basketball team coasted to an 84-53 victory over Middle Tennessee State in its second game of the Battle 4 Atlantis tournament. Butler led by 17 at halftime and continued to build its advantage in the second half. Here are three takeaways from a resounding win.

1. The Bulldogs played a disciplined and intelligent game.

Butler nearly went eight minutes before committing a foul or turning the ball over. In the first half, the Bulldogs had 13 assists on 16 made field goals and only four turnovers. Regardless of the competition, those are simply fantastic numbers. Butler moved the ball and did not make careless mistakes, at least until the result was no longer in doubt. The Bulldogs finished with 22 assists, eight of which came courtesy of Aaron Thompson.

Thompson’s stats do not pop off the page, but his passing ability and basketball IQ make him a crucial member of this team. When he’s on the floor, there is a visible difference in the way Butler operates. Simply taking care of the basketball and forcing opponents to make plays go an incredibly long way, especially early in the season. For the Bulldogs to contend for a Big East title, moving the ball and playing defense without fouling are going to be key. Florida provides another nice test of Butler’s discipline and decision-making in the final game of this tournament.

McDermott tied for the team lead with 18 points against Dayton and dropped 21 on the Blue Raiders, including 18 in the first half. All but one of his 12 field goal attempts were from beyond the arc and McDermott knocked down seven of them. Before heading to the Bahamas, McDermott had a total of five 3-pointers and 19 points in three contests. Through two games of the Battle 4 Atlantis, he’s already made 12 triples.

If McDermott can continue this level of play when the Bulldogs get back to Indianapolis, Butler is a completely different team offensively. With Kamar Baldwin and Paul Jorgensen, who’s reached double figures in every game this season, the team has two primary scoring options. McDermott is quickly emerging as another, which prevents opponents from locking in on just one or two guys. When he is hitting three or four 3-pointers a game, Butler goes from a good offensive team to a great one. McDermott posting career highs in back-to-back games is a terrific sign for what he could become as the season progresses.

The Bulldogs’ transition offense starts with what happens on the defensive end. When a team shoots 58 percent from the field like Dayton did, it’s incredibly difficult to get out and run. Transition offense becomes much easier when an opponent ends with more turnovers than made field goals, which was the case for Middle Tennessee State. The Blue Raiders’ 20 turnovers resulted in 28 points for the Bulldogs. When Butler didn’t have to generate a vast majority of its offensive in the half court, everything looked much smoother and the ball moved better.

This game was a blueprint for the way LaVall Jordan wants his team to play: turnovers and bad shots by opponents are quickly turned into high-quality shots on the other end. The layups and open threes Butler got against the Blue Raiders don’t happen without the execution on defense. Through all the coaching changes, the Bulldogs’ identity is still getting stops. There will continue to be a direct correlation between Butler’s offense and defense. When the Bulldogs are scoring in bunches, odds are they’re shutting down their opponent too.