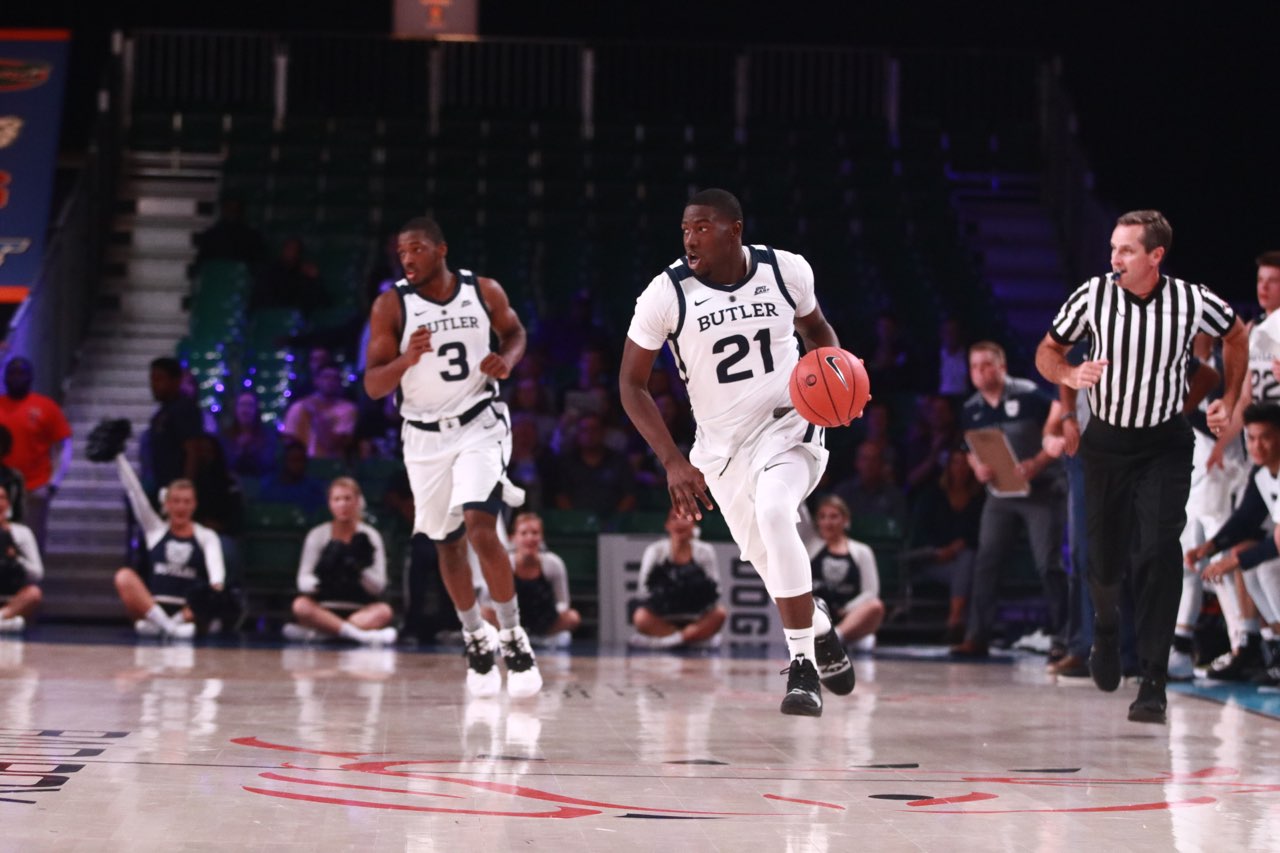 Jerald Gillens-Butler dribbles down the floor as Butler bounces back in their second game in the Battle 4 Atlantis. Photo by Jimmy Lafakis.

After Butler fans stuffed themselves on this Turkey Day, they were eager to see their Bulldogs play better after falling to the Dayton Flyers last night. Thankfully for them, Butler was hot out of the gate.

Junior Sean McDermott proved to be the quick spark as he hit SIX threes in the first half.

Sean McDermott cannot be stopped. He can only be contained.#Butler

Sean McDermott from behind the 3-point line pic.twitter.com/DcxcY5Ewn8

He’s now averaging over 19 points per game on this trip. His development as a scorer will be something to watch for as Butler returns to the states.

McDermott is going to be disappointed to leave this country. 12 minutes into the 2nd game here and he's got 30 points on the trip. When he gets this many looks it means the Butler offense is working.

But everyone seemed to have higher energy and thus, played much, much better.

What a difference a day can make.

Lil bit of effort and urgency goes a long ways. Making nine 3’s in 20 mins will usually perk things up too.

One of the big differences may have been point guard Aaron Thompson’s ability to stay out of foul trouble. With him on the court, everyone seems to be more comfortable.

When Aaron Thompson is not in foul trouble, Kamar Baldwin can consistently play off the ball. Much more consistent scorer/playmaker when operating alongside another true point.

While you may’ve turned the game after a while, Christian David capped the night with a poster that you need to see.

After a long waiting to see how the Bulldogs rebounded from a disappointing effort last night, Butler impressed with a 31-point win over Middle Tennessee.

And it seems that the team is back to playing its brand of basketball.

To round out the Battle 4 Atlantis tournament, Butler will square off with the Florida Gators on Nov. 23 at 9:30 p.m. on ESPNU.