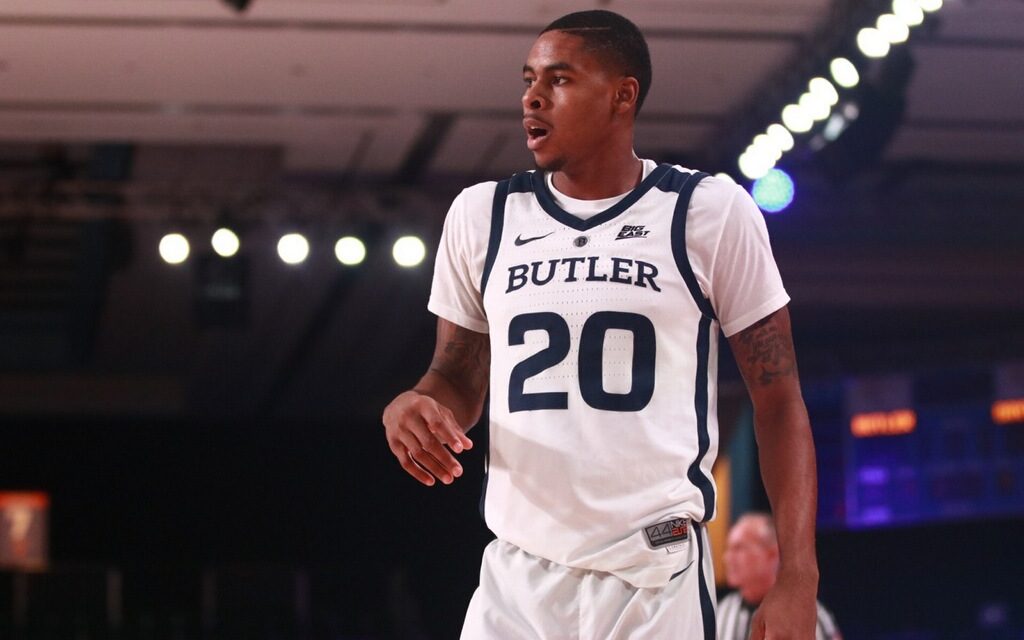 Henry Baddley watches a play during Butler’s 69-64 loss to Dayton on Nov. 22 in the Battle 4 Atlantis. Baddley and the Bulldogs return to action against Middle Tennessee State on Nov. 22. Photo by Jimmy Lafakis.

After a first round loss to Dayton at the Battle 4 Atlantis, the Butler men’s basketball team takes on Middle Tennessee State on Thanksgiving. Grab a plate, pile it high with food, and get ready for some Butler basketball. Here’s what you need to know.

Who: Butler vs. MTSU

Back to Butler’s advantage down low.

Dayton’s Josh Cunningham had a field day with Butler’s big in the first round, MTSU doesn’t have a dangerous big man in the starting lineup and nobody stands taller than 6’8 in the starting lineup. Butler needs to play better collective interior defense and not lose the battle down low by giving up over 30 points in the painted area. On the other end of the court, the Bulldogs need better production from Joey Brunk and Nate Fowler, who combined for nine points on 4-10 shooting against the Flyers. After getting punched in the mouth against Dayton, it is important that these bigs bounce back against an undersized Blue Raider team.

In Butler’s first two games of the season, contests they won by more than 20 points, the Bulldogs had 18 assists on both occasions. Beautiful ball movement and making the defense work resulted in better than 59 percent shooting as a team. Against Dayton, the ball movement wasn’t there, the offense looked a little flat and Butler only assisted on 10 field goals and shot 40 percent as a team. It’s simply easier to get better shots when the ball movement is there.

Fact: Kamar Baldwin is leading Butler in points, assists, and rebounds. Also a fact: Baldwin has 11 more turnovers than the next guy on the team and has 20 turnovers through four games. At some point, he has to stop turning the ball over at such a high rate. His assist to turnover ratio is just over one and he turned the ball over again five times against the Flyers. Yes, he has the ball in his hands a lot, but Michigan’s Xavier Simpson also has the ball in his hands all the time and he has an assist to turnover ratio of 4.25. Baldwin’s care of the ball just is not good enough yet.

Butler lost 69-64 to Dayton. How many free throws did the Bulldogs miss in the second half? Eight. In case your simple math is not great, 64 plus eight is 72, or in other words, a Butler victory. Obviously, it is not that cut and dry, but 52.9 percent from the charity stripe is bad. Butler’s performance from the line hadn’t been atrocious coming into the Battle 4 Atlantis, but in close games making the free throws is paramount.