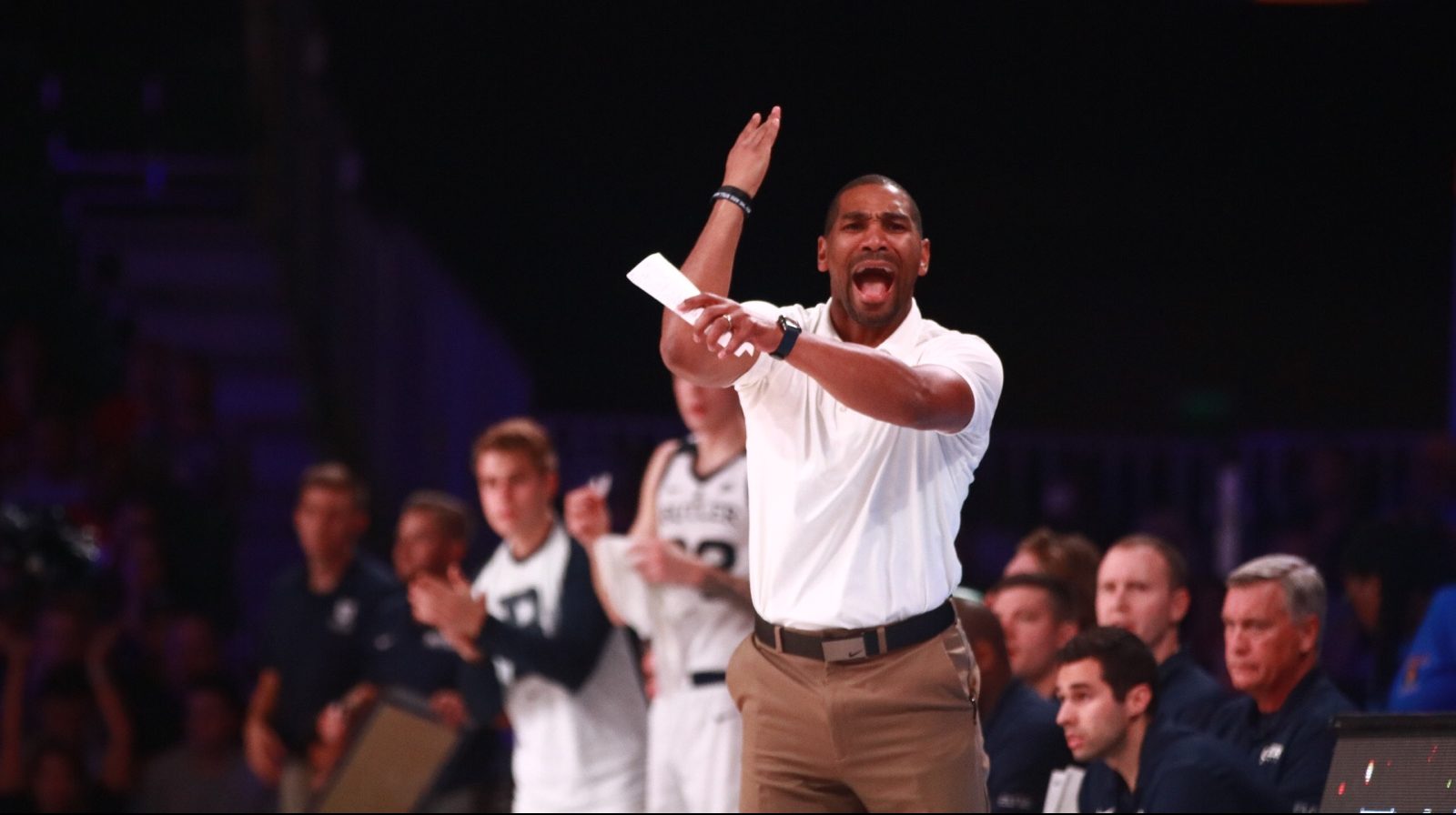 A struggling night for LaVall Jordan and the rest of the team as Butler drops its first game of the season to Dayton, 69-64.

In their first game of the 2018 Battle 4 Atlantis, Butler took on former conference foe Dayton out of the Atlantic 10. As beautiful as the Bahamas were on the outside, Imperial Arena was in pristine condition, too.

As the Battle 4 Atlantis ESPN B team took their shift, fans and dogs may have noticed all of the extra adds into the game’s production.

Point it to extended jet lag or a bad meal, but something didn’t seem right about Butler tonight.

Why does almost everyone look too slow, lethargic, tired?

I’m just really thankful that Jorgensen is trying hard and better than we all thought he would be. Couldn’t imagine how bad Butler would be without him

The Bulldogs were down 15 at one point, but a late game push gave Butler fans hope that the team did have some life.

Where was THIS all game long? SO FRUSTRATING. Play with some purpose during the first 35 and we win going away.

Aaron Thompson doesn’t always put up bunches of points, but fans were shown tonight his importance in the offense.

Aaron Thompson was limited to 17 minutes by fouls. #Butler simply does not function as well when he is in and out. Bulldogs scored 19 points in final four minutes, disguising how poorly they played on offense.

Kamar Baldwin is in a shooting funk: 5-of-17 Friday and tonight.

Looking at the box score makes this game even more of a head scratcher. Butler did well taking care of the ball and got after it on the offensive glass, but it was just a bad shooting night that was the difference between the Bulldogs and the Flyers.

Butler got up 14 more shots than Dayton thanks to 6 more offensive rebounds and 6 fewer turnovers. But Butler shot too poorly for it to matter. 40% from the floor, 30% from distance, and 53% from the line. They get upset by Datyon in the first round of the Battle 4 Atlantis.

If you couldn’t watch this game, it was a good one to miss. Both teams played sloppily, but Butler will have more opportunities in the coming days to prove their worth.

FINAL: Dayton 69, Butler 64. That was not pretty. Dawgs need to get back on track tomorrow while facing the loser of Virginia/Middle Tennessee. If the team is able to leave the Bahamas with a 2-1 record, it would not too bad. #GoDawgs

Frustration will certainly come if you did watch this one.

I DO NOT PAY $50k A YEAR TO WATCH A TEAM SHOOT 30% FROM THE FIELD. pic.twitter.com/BpMoXMlxIM

But be reminded that this is similar to the way Butler played in the first game of last year’s PK80, and the team did just fine.

A basketball season is a marathon, not a sprint.

Butler will play at 9:30 p.m. on Thanksgiving day against the loser of the Middle Tennessee/Virginia game. Expect the Bulldogs to match up with the Blue Raiders from Middle Tennessee State in a rematch of a round of 32 game in the 2017 NCAA Tournament.

Thankful to be together and have the opportunity to compete again tomorrow. #GoDawgs pic.twitter.com/5PqgiftkYy

After all, Butler fans have more to be thankful for than most college basketball programs.