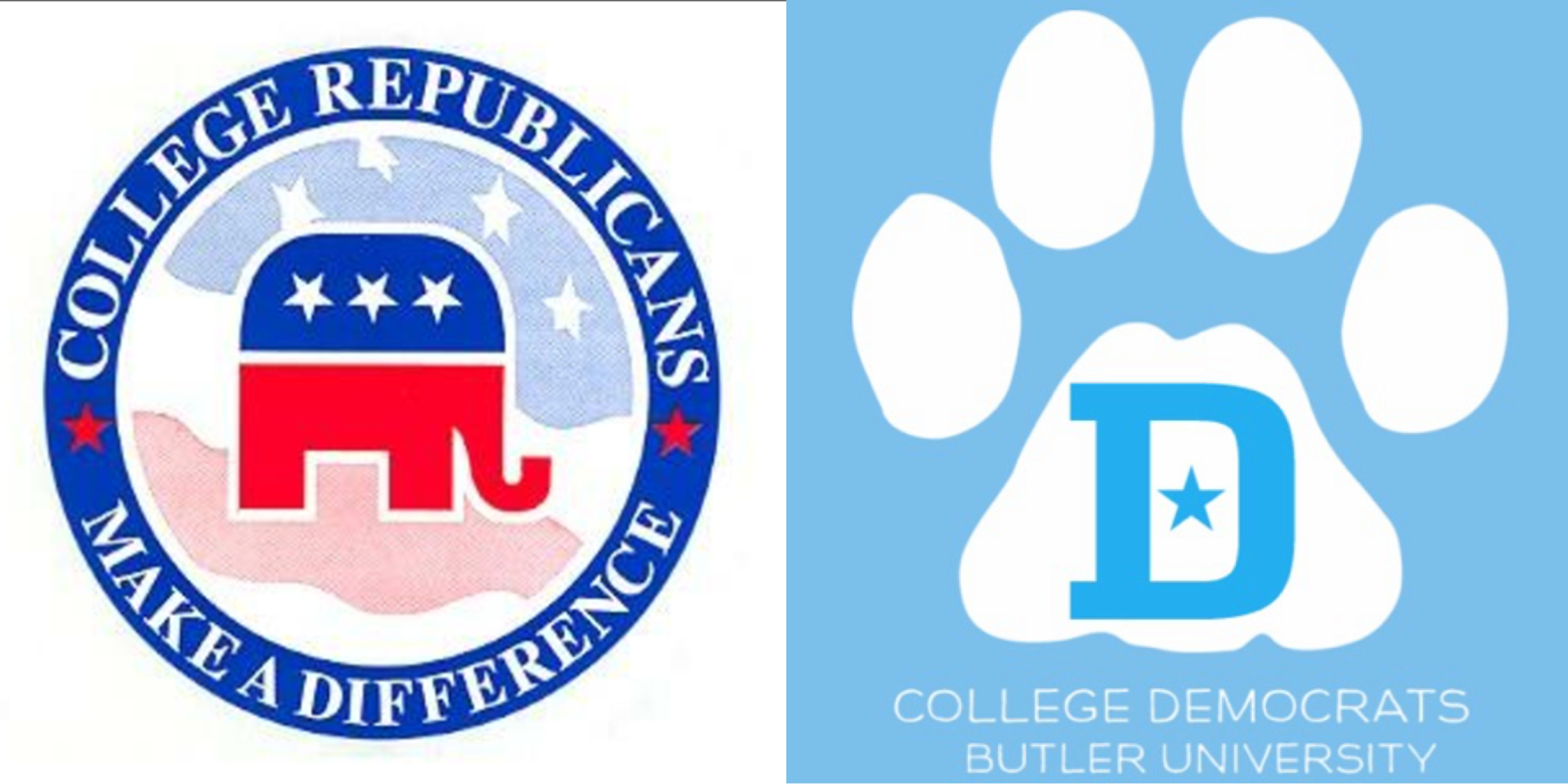 Nov. 6 is the midway point of the Trump administration. People on both sides of the political landscape have stark opinions on the current administration. To some people, this midterm election is particularly important because of the various senate and house of representatives races across the country.

Butler’s community has various political views. Indiana is a predominately Republican state. Indianapolis is a mostly liberal city. As a liberal arts school, Butler is more liberal. This is the political microcosm of Butler’s campus and surrounding community.

As a result, Butler students said they experience varying degrees of support when expressing their political views inside and outside of the classroom.

James Cecil, a senior political science and Spanish major, is the president of College Republicans. She said that as a Republican, she has to pick and choose when to express her views.

“With certain professors and certain classmates, I am put into a box of what a Republican is rather than exploring my intellectual beliefs,” Cecil said. “I almost felt as if I was outing myself when I came out as Republican because I knew it would put a target on my back.”

Sophie Ciokajlo, a first-year dance performance major, is a Democrat. She said she feels she has experienced more open-mindedness at Butler than in her hometown of Stamford, Connecticut.

“Being on campus, it is a lot more open to conversation and discussion than I experience back home,” Ciokajlo said. “Everyone that I have talked to about political issues have been open and stated how they feel, but they are like, ‘I understand people feel differently and let’s have a conversation about it.’”

Jon Gray-Smith, a sophomore political science major and the vice president of College Republicans, has found more support with fellow Republicans than with other people on campus.

“As a Republican, I do not feel fully supported by the faculty, staff or SGA,” Gray-Smith said. “I feel safer talking to other Republicans about politics because they are not going to judge you as harshly.”

Greg Shufeldt, an assistant professor of political science, does not divulge his political beliefs due to his research on political parties.

“One thing that we know is that partisanship impacts how we receive information,” Shufeldt said. “In a classroom setting, I try to go out of my way to hide my own personal preferences so that I can provide a fuller experience for all students.”

Being at a liberal arts school in a Republican state, Democrat and Republican students are met with opposing viewpoints in their friend groups and in campus activities.

Cecil has not let her political views affect who she chooses to spend time with outside of the classroom.

“I feel like it doesn’t hinder my social life because the friends I choose don’t judge each other based on political views,” Cecil said.

Olivia Holabird, a junior arts administration major, is a Democrat from California. She has many friends who are Republicans, but she chooses her friendship carefully depending on how extreme someone’s views are.

“Being in Indiana, I have a lot of friends who are pretty strong Republicans, and I like engaging in conversations with them,” she said. “But if someone’s views are disrespectful to groups of people, that’s when it starts to get dangerous. I don’t condone that, and I tend to be wary about being friends with someone like that. I personally don’t ever want anyone to feel afraid or invalidated because of how someone views their identity.”

Ciokajlo has not had many political discussions with her peers, and the only time a political viewpoint has been expressed was during major events like the Kavanaugh hearings.

“There’s not really anybody that I’m definitely opposite on everything with,” she said. “But we definitely don’t have the same opinion all the time.”

Gray-Smith said his political beliefs affect both his academic and social lives on campus.

Political stereotypes, especially with the current political climate, have divided people across party lines. Some Butler students are looking to break those molds and maintain that not all Democrats and Republicans are the same.

One of Cecil’s major goals as president of College Republicans is to break stereotypes regarding Republicans, particularly those who are female.

“A lot of my friends don’t think a young female could be a Republican; especially a young female Republican that has an understanding of all,” Cecil said. “Breaking that stereotype is one thing that is important to me.”

Gray-Smith wants to let people know, like Cecil, that Republicans are not bad people.

“We’re not Nazis or racists,” Gray-Smith said. “We welcome people with open arms.”

Holabird said she believes there are also stereotypes about Democrats, and that some people see Democrats as being soft or too sensitive.

“Being politically correct doesn’t mean you’re too sensitive. Microaggressions are an everyday occurrence, and are really harmful,” she said. “Minorities and people who live with that feel lesser-than every single day. That’s not an acceptable way to live. And speaking out against those offensive things doesn’t make you a fluffy snowflake.”

Ciokajlo said she wants to break the democratic stereotypes as well and urges her fellow party members to take more action.

“There is this notion that all Democrats are all around a campfire and singing kumbaya,” Ciokajlo said. “We’re not selfish, but we think Republicans are selfish. I don’t think that’s realistic. I think Democrats have more of a stance that we should all have equal opportunity, and we’re willing to compromise our selfish interests. I think we judge Republicans less than what Republicans think we do.”

In the upcoming midterm election, there are 35 Senate seats being contested and could ultimately decide whether the President Trump’s policies will get passed through or denied. Here in Indiana, there is a senate race getting national attention between Democrat Joe Donnelly and Republican Mike Braun.

“I think it will definitely affect the state for the positive. Especially if Mike Braun is elected because it will allow [Republicans] to have a supermajority within the state,” Cecil said. “The majority of the time, we have Senator Young voting for something, Senator Donnelly would vote for something else, and their votes would almost counteract.”

Ciokajlo has friends who are volunteering on both campaigns and finds the uncertainty of the outcome interesting.

“Being in an environment that’s not so obvious which way it will go, I find that very interesting,” Ciokajlo said. “No one really knows who will win, and it has potential implications.”

No matter your viewpoint on politics, there are various student organizations on campus to support you. Cecil’s experience in College Republicans has been important to her experience at Butler.

“There is a strong liberal presence on campus, and it is nice to allow those students with conservative viewpoints a safe space for them to share it without being discriminated against themselves,” Cecil said.

Political science professor Shufeldt said he believes the university provides support for all students, both inside and outside the classroom.

“I think that the university has made a good-faith effort to try to ensure learning environments for everyone,” he said. “My hope is that students feel and know that regardless of their political beliefs, faculty care about them and there are resources here whether we agree with your politics or not.”

Regardless of which political party a student belongs to, the most important thing to remember in the coming week is to vote in the midterm elections. Gray-Smith said he thinks voting is the key to closing the wide gap between political parties and ensuring citizens are involved in the future of the state and country at large.

“Voting is important regardless of party,” Gray-Smith said. “Your vote does matter.”