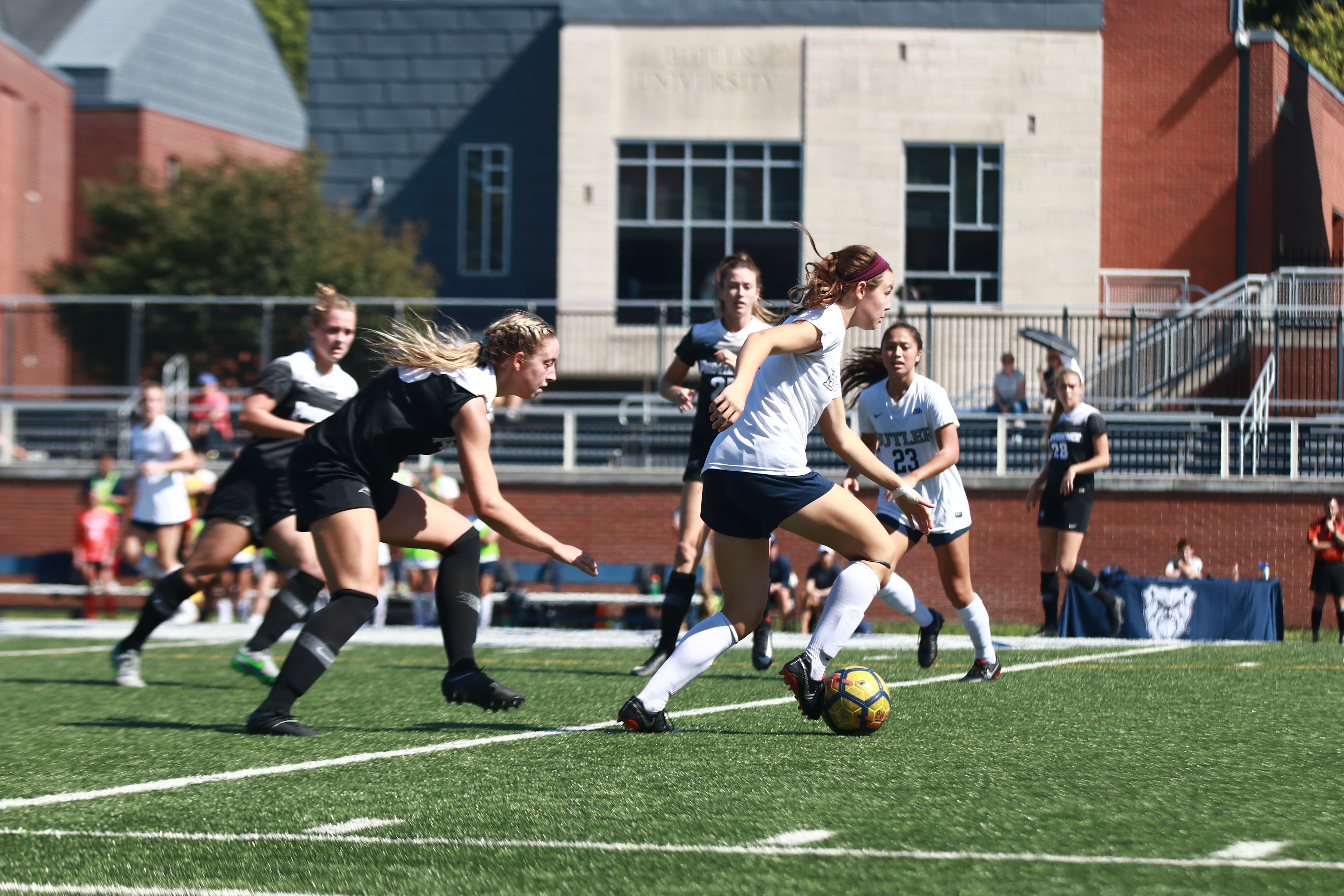 Halle Stelbasky dribbles the ball during a game this season. Stelbasky and the Bulldogs will take on Providence in the Big East Tournament semifinals on Nov. 1. Jimmy Lafakis/Collegian file photo.

For the third time since joining the Big East conference, the Butler women’s soccer team will host a conference tournament game at the Bud and Jackie Sellick Bowl. Undefeated at home, the Bulldogs will take on No. 6 seed Providence on Nov. 1 for a trip to the Big East Tournament final.

The Friars are the lowest-seeded team still playing in the Big East Tournament after upsetting No. 3 seed St. John’s 1-0 in their quarterfinal match on Oct. 28. The Bulldogs have been idle for the last week after earning a quarterfinal bye with a top-two finish in the conference standings.

The Bulldogs are led by 2018 Big East Freshman of the Year Anja Savich, who scored seven goals in the regular season, best on the team. Savich is the first freshman to lead the Bulldogs in goal scoring since 2015 — when current senior Halle Stelbasky led the team with nine goals.

The matchup will be one featuring two of the Big East’s most defensively stout teams from regular season play.

Earlier this fall, Butler defeated Providence 1-0 in the regular season meeting between the teams on Sept. 30. The Bulldogs used defender Madison Toth’s first career goal to knock off the Friars and move to 3-0 in the Big East.

The meeting will be the third postseason matchup between Butler and Providence since the Bulldogs joined the Big East in 2013. Butler is 2-0 when facing Providence in the postseason, including a 3-0 win in the 2017 tournament quarterfinal and a 1-0 win for the 2015 Big East championship.