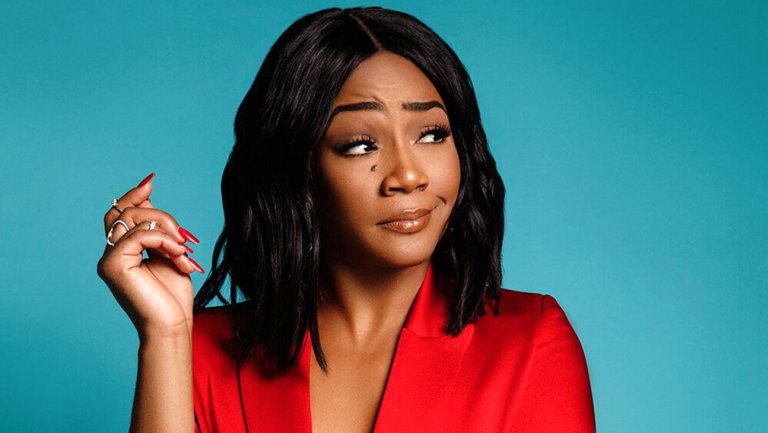 Tiffany Haddish is rising in fame as a black female comedian in Hollywood increasing her role as a voice for multicultural entertainers. Photo courtesy of The Hollywood Reporter

Being a minority student at a predominantly white institution has its challenges. Diversity on campus is a never-ending topic that can feel less fruitful every time it’s discussed. As a student of color on campus, my views about political and social issues are my own and are to be shared at my discretion. As a student, I do not have the same responsibility to educate and inform the way a high profile celebrity might.

Celebrities have public status and social influence, making it important to have stances on topics ranging from politics to social issues. If you’re at Butler, however, you want the college experience, an education and an environment where you don’t feel obligated to constantly answer questions because of the color of your skin.

Tiffany Haddish, a rising black comedian, made recent entertainment news headlines for an interview she gave after winning at the 2018 Emmys in September. When asked for her opinion on a lack of diversity at the Academy Awards, Haddish made it clear that her thoughts on the matter were not open for the public’s discretion.

“If you was asking me how to structure a joke, I could help you with that part,” Haddish said. “What you’re talking about right now, I don’t know… all I know is how to do my job, that’s somebody else’s job.”

As an individual with strong opinions about a variety of social and political topics, I believe that in situations where someone specifically asks you — a celebrity with a platform —  a question about diversity and inclusivity — have something to say! Especially if you are a Hollywood comedian! Plenty of comedians have had huge mic drop moments mixing their humor while addressing controversial issues. Chris Rock anybody?

The Academy for years has had issues giving credit where credit is due for actors in entertainment. Actors of different ethnicities still get paid less than their white co-stars.

Think about it, Morgan Freeman has only won one Oscar in 2005. When Oscar-winning actress Viola Davis speaks out about pay inequality in Hollywood, she is able to resonate with people internationally about the importance of equality and equity in the world of entertainment.

“I have a career that’s probably comparable to Meryl Streep, Julianne Moore, Sigourney Weaver,” Davis said at a Women in the World event in Los Angeles.  They all came out of Yale, they came out of Juilliard, they came out of NYU. They had the same path as me, and yet I am nowhere near them,” Davis, a Juilliard graduate, said.

Haddish should have used the opportunity to speak up for multicultural comedians like herself because of the extreme lack of representation. She made history being the first black female stand-up comedian to host SNL in its 43 seasons in 2017. One would think that SNL would’ve done that by now right? But nope.

When I was voicing this opinion to Keith Colón, a biracial student studying mechanical engineering at Drexel University, he asked, “Isn’t that a double standard for them and hypocritical of you at a mostly white university?”

In other words, why should I hold a celebrity of color to one standard and not hold a student of color to the same?

I’m only one person. I have The Butler Collegian as an outlet for my opinions when I choose to speak out on a topic, and I alone dictate my beliefs and when I voice them. I am a student at Butler just like any of my ethnic or hegemonic peers. We all deserve respect and we should not feel exoticized for simply existing, whether or not we have an opinion.

I choose to speak out about topics that not only affect me, but also the people around me and those who can’t speak for themselves. I’m not that relevant, to be honest so my ability to give “voice to the voiceless” sometimes feels like shooting my shot with Beyonce. Luckily, I have people I look up to who help me in tough situations when I don’t know what to say.

Martin Luther King Jr. is a huge role model for me in situations when I am unsure whether or not to address an issue.

I live by many of King’s teachings because he was vocal about the necessity for civil rights for all Americans. One of his famous quotes addresses the fact that, despite my lack of desire to always be “the voice”, I do owe it to myself to uphold my beliefs and values when discussing controversial issues.

“Our lives begin to end the day we become silent about things that matter,” King said.

I dictate what matters to me, not the person sitting next to me in class who assumes all I talk about hip-hop and rap simply because I’m black. The perception that students of diverse backgrounds need to be called on for a quote is not appropriate, nor is it their responsibility to respond.

My views do not represent every minority student’s views. I speak from my experiences, from my trials and tribulations as a black man in America. Students on campus speak from their personal backgrounds — consequently our ways of responding to the world will also vary.

“I do feel personally obligated [to respond] because in a lot of cases I might be the only source for people to hear about an issue regarding Islam or an issue about being a minority in America,” said Mohsin Waraich, a junior Pakistani Muslim. “I think that it’s not so much ever a burden but a duty of mine to be a voice on campus, especially on our campus which lacks in diversity.”

Waraich is passionate about his beliefs and experiences, and his desire to share those experiences is what fuels his sense of obligation to the Butler community, particularly in the classroom.

“A lot of times, the classroom setting is the only way some people are able to hear the opinions of minority students,” Waraich said. “It’s easy for me because Butler has a campus full of open-minded individuals who are eager to learn more and it makes my life easier when I’m explaining the social issues that minorities go through.”

Avery Dillon is a sophomore whose mother is Italian and father is Trinidadian. When reading a novel for her class about minorities and mass incarceration, Dillon said she felt pressure to speak on the topic as the only person of color in her class.

“Because of what I look like there was an expectation and assumption that I could speak about the incarceration of black men and minorities from this book,” Dillon said. “I feel as though subconsciously for people that if you’re speaking about minorities, I’m expected to speak.”

Dillon said that nobody is obligated to speak on a topic, spanning from everyday people to socialites.

The contrast between Waraich and Dillon’s views are wide enough that some opinions fit in the middle. Again, it’s important to note that everyone’s campus experience is unique. Thulani Smith is a junior who was adopted from Zimbabwe.

Although Smith is active on campus and participates in community events, he chooses to be more private about his views on controversial topics unless in intimate settings, or after he has been able to draw a clear, articulate point of view.

“I feel like it is important to speak my mind when I need to on important matters, such as politics or race,” Smith said. “That said, I am one to refrain from talking out immediately and much prefer formulating a response carefully.”

I know there will be times when my voice matters. I didn’t sign a contractual agreement as a black man in 2018 to check someone’s privilege. But I will combat ignorance if a situation arises that I cannot ignore. I’m not always prepared to argue, or to have full-on debates, but if someone poses a question I will answer it as I see fit.

For example, I recall a situation where a student assumed I got into Butler via affirmative action and was very vocal about his disapproval of it. First of all, just to cut down any confusion, I wasn’t accepted to this institution simply because of the color of my skin. Affirmative action was used to help those who needed it in a time when racial disparity was at its height during the Civil Rights Movement. But guess what folks, it’s 2018.

I may not have responded in the nicest way, but this was an example of ignorance I could not and would not excuse. In that moment I was not only defending myself, but also every other person of color on campus who was more than capable of getting into Butler because of their intellectual capabilities and accomplishments.

At the end of the day, if someone wants their voice to be heard, they have that right. Students should also be allowed to plead the fifth, however, without feeling an obligation to speak or represent a group of people as an individual.

College is an exploratory time in many ways. It’s OK to admit that you are less knowledgeable about other ethnicities and cultures. Do not, however, assume that everyone will be comfortable sharing every detail about their culture and beliefs. Let’s use college as an opportunity to learn about each other without othering groups of people, or dismissing microaggressive statements or questions. Butler’s potential acknowledges that diversity is needed. But the way we address our brothers and sisters on this campus is equally as important.