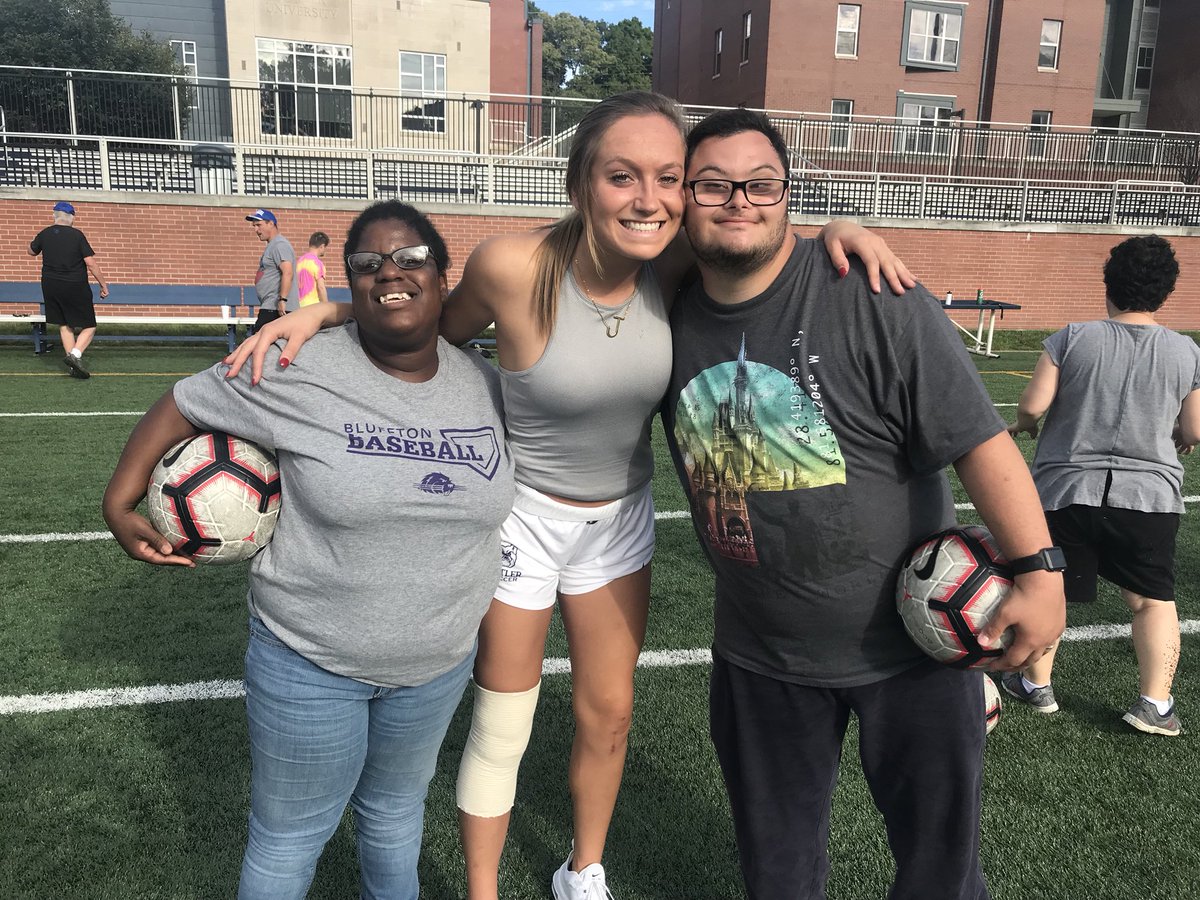 The Butler women’s soccer team had just passed one of their toughest tests of the 2018 season — a 1-0 victory over the Providence Friars, for their third-straight shutout to open Big East play.

But the day was not yet over for the Bulldogs.

Roughly two hours later, after the Bud and Jackie Sellick Bowl had emptied, Butler was back on the field, but this time for a different reason.

Amid the grind of a collegiate soccer season, the team still searches for opportunities to give back to the community through one of the best ways they know how: soccer.

In 2010, the program began partnering with Indiana Soccer to form the Indiana Soccer TOPSoccer Academy. The program was formed with Special Olympics Indiana to provide an opportunity for exceptional athletes in the Indianapolis area to enjoy the game of soccer.

“It’s a lot different from our soccer obviously, but it’s something that we can give back to them with,” junior forward Carly Goehring said. “I’ve worked my whole life playing soccer so it’s the least we can do for them because it brings so much joy to them and it makes their day.”

Locally, in an effort to move the players out into the community more frequently, the Butler women’s soccer team expanded their partnership with Indiana Soccer and started a soccer camp designed for TopSoccer athletes to participate in.

“For me, I think we originally did it because there was this hole in the community, and we needed to get our athletes out and more active, but what has transpired is we get so much more out of it,” Butler co-head coach Tari St. John said.

The program hosts TopSoccer athletes on Sunday evenings at the Sellick Bowl, where the athletes participate in warm-ups, games and simplified drills with the Butler women’s soccer players.

While the camp is aimed towards the TopSoccer participants, senior forward Paige Monaghan said she believes Butler women’s soccer players also see benefits from time spent with the athletes.

“I have so much respect for our coaches for getting us involved in something like this because it helps us as people as well and not just as players,” Monaghan said. “In the past, we’ve had times where we’ve lost and then we have to come here so it puts the losses into perspective.”

For Goehring, participating in camp can also serve as a humbling reminder.

“It makes us feel really lucky to be able to go out there and play soccer at the level that we do,” Goehring said. “We can go out give our all in the game but then come out here and appreciate that with them. It kinda calms us down and makes feel very grateful just to see them and see how much fun they have through soccer.”

For the women’s soccer program as a whole, the camp has become just as important as other facets of the program, and serves as a unifying aspect among players past and present.

“It’s very much a part of our program as any other aspect, and I think that’s a cool thing that our current players share with alumni,” St. John said. “What is really cool is the common thread that players have played with us in 2010 and we’re still doing this.”

Soccer may be the initial focus for the camp, but what results, St. John said, is relationships and connections with the TopSoccer athletes through inclusion.

“I am thrilled that for these four years, these players create relationships with our athletes, and it’s something we look forward to.” St. John said. “Soccer is kind of the vehicle that we use but we honestly just want to give them time where they are just like everyone else.”

At the end of the day, Monaghan hopes the participants walk away feeling better than they did before.

“I think the hope for us are just to make someone’s day better,” Monaghan said. “We all understand that life can be hard sometimes so we just want to brighten someone else’s day and especially these athletes that are with us on Sundays.”