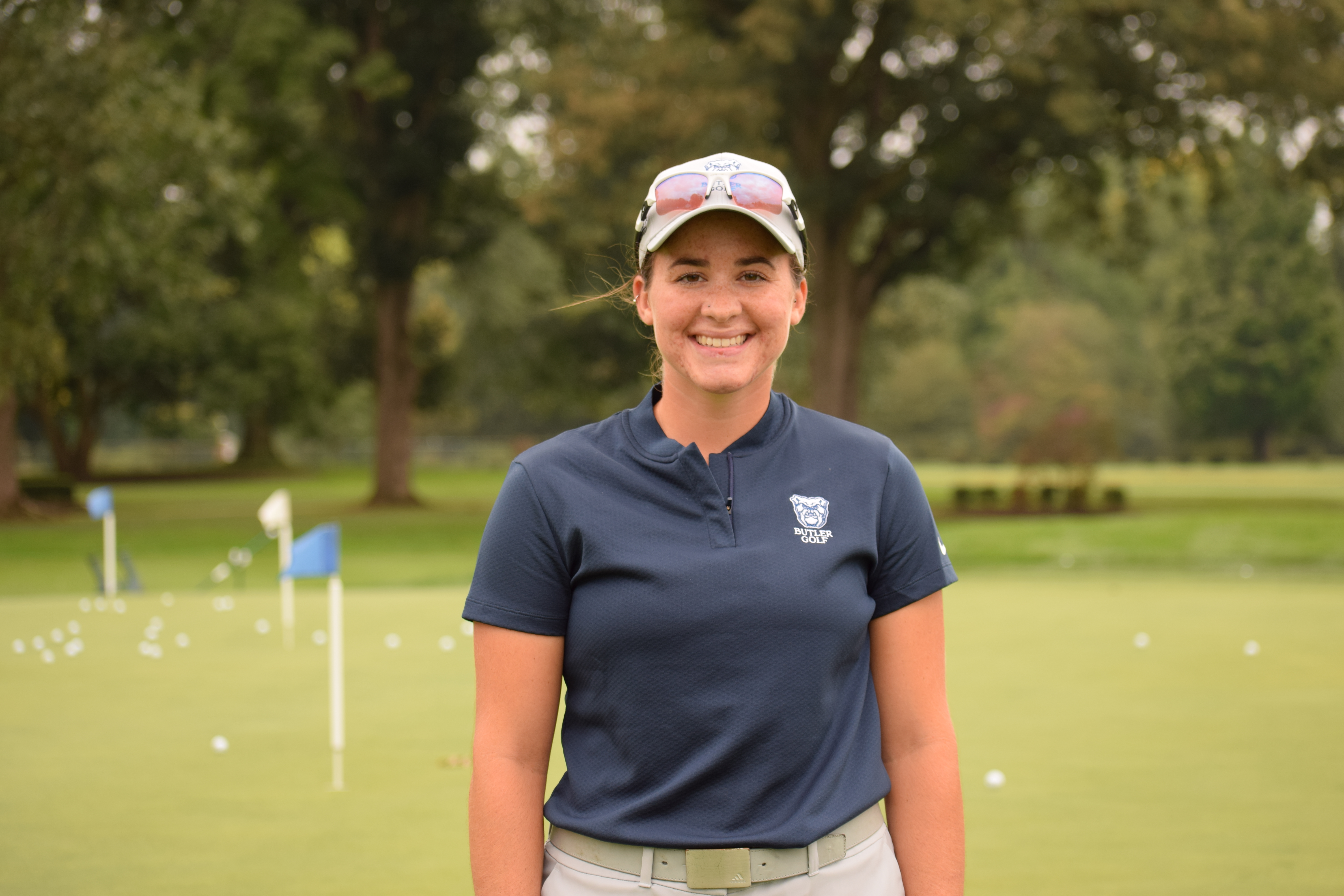 Lauren Tibbets poses for a photo. Tibbets won the Butler Fall Invitational for the second time in her career. Photo by Mason Lovett.

The women’s golf team was lead by senior Lauren Tibbets, who won the invitational for the second time in her collegiate career. Her first victory came as a freshman in 2015.

The Butler men’s golf team was lead by junior Patrick Allgeier. Allgeier finished second with a two-under 208. He shot 66 and 69 in his first two rounds, respectively, on Monday. Allgeier carded a 73 on Tuesday.

Michael Cascino finished in a tie for third with a score of 210 for the event. Logan Sabins finished just behind Cascino at 211 to finish fifth.