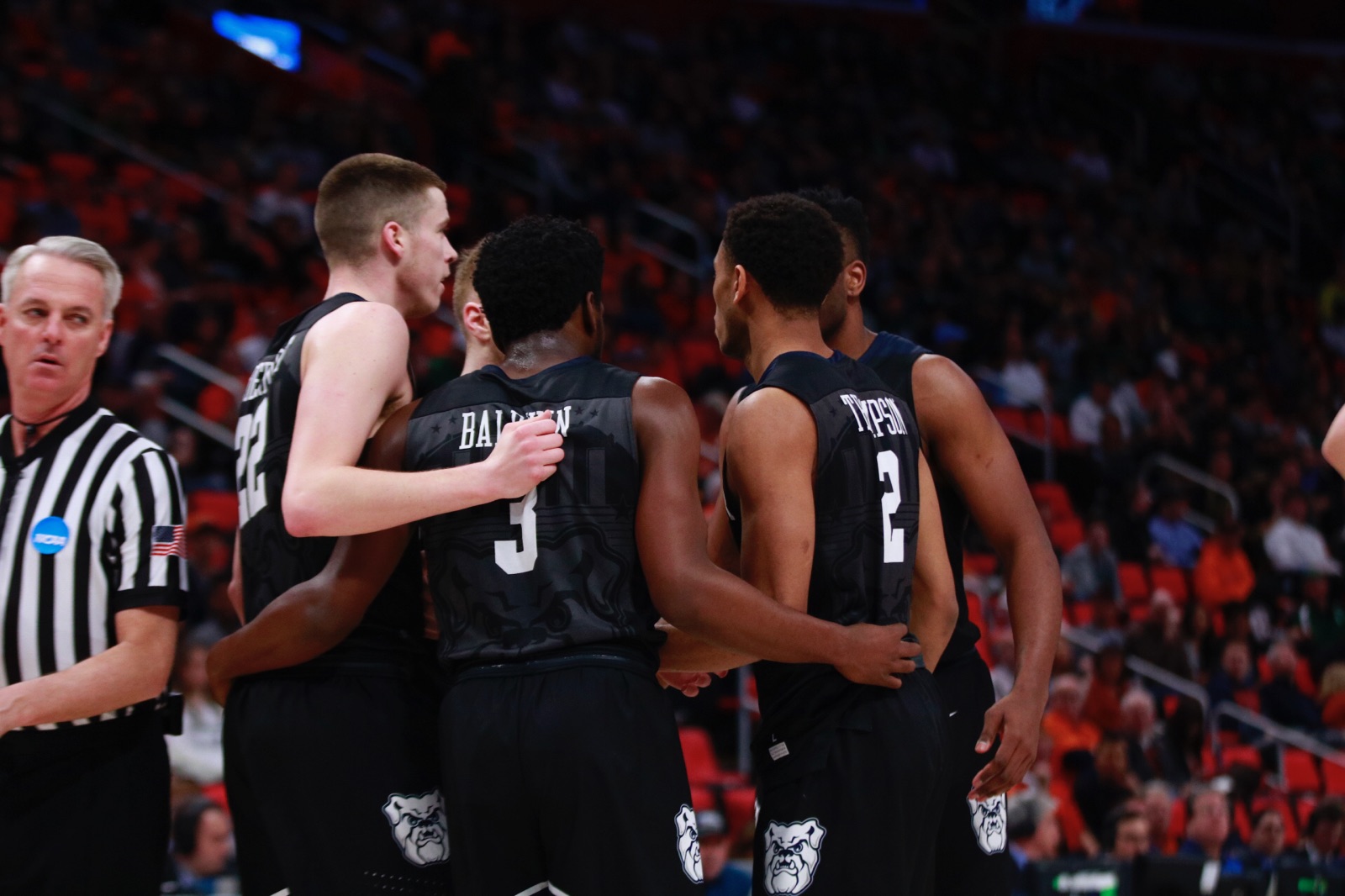 The Bulldogs huddle on the court during Butler’s loss to Purdue. Butler lost 76-73 in Detroit. Photo by Jimmy Lafakis.

And just like that, Butler’s season comes to a close. The Bulldogs dropped a close game to Purdue, their second loss to the Boilermakers this season. Fans had hope of a Sweet 16 bid late in the game, but #HaarmsHair proved too tough to overcome.

Hell of a season. Kelan Martin goes down as one of the best to ever do it in a Butler uniform. Thanks for the memories fellas 🐶

Thank you.
For 4 great seasons.
For being loyal.
For great memories.
For exemplifying the Butler Way on and off the floor.
For being 2 pure class acts.

Thank you for everything!

Thanks for the ride, boys.

Heck of a ride. #ThankYou pic.twitter.com/ImWLAVIX2L

And Purdue thinks they were down a guy…

You know what this game could use? @ButlerBlue3!

And the Dawgs of @ButlerMBB are champions of mine. #GoDawgs https://t.co/9yP3veLRo6

How bout this team though?

What a game though

This is the game we all deserve.

This feeling is the worst.

All in favor say “Aye”

How do you know you’re watching a Butler game?

Some really questionable decisions by Butler in the last minute there.

We PLAYED in that game.

WE ARE SO GRITTY!!!!!! pic.twitter.com/phZzdNzXHe

Was the hair too much for us?

Went to the CVS around the corner to get some more hair gel for Haarms hair in the 2nd half. He should be good to go! #BoilerUp #MarchMadness #HaarmsHair pic.twitter.com/k4ZPqCvHNH

Haarms might have his hair, but we have Trip. So who really wins?

when you get the W and you know your hair looks good #HaarmsHair pic.twitter.com/FVdTcMlQEn

Boy get your hair cut #HaarmsHair