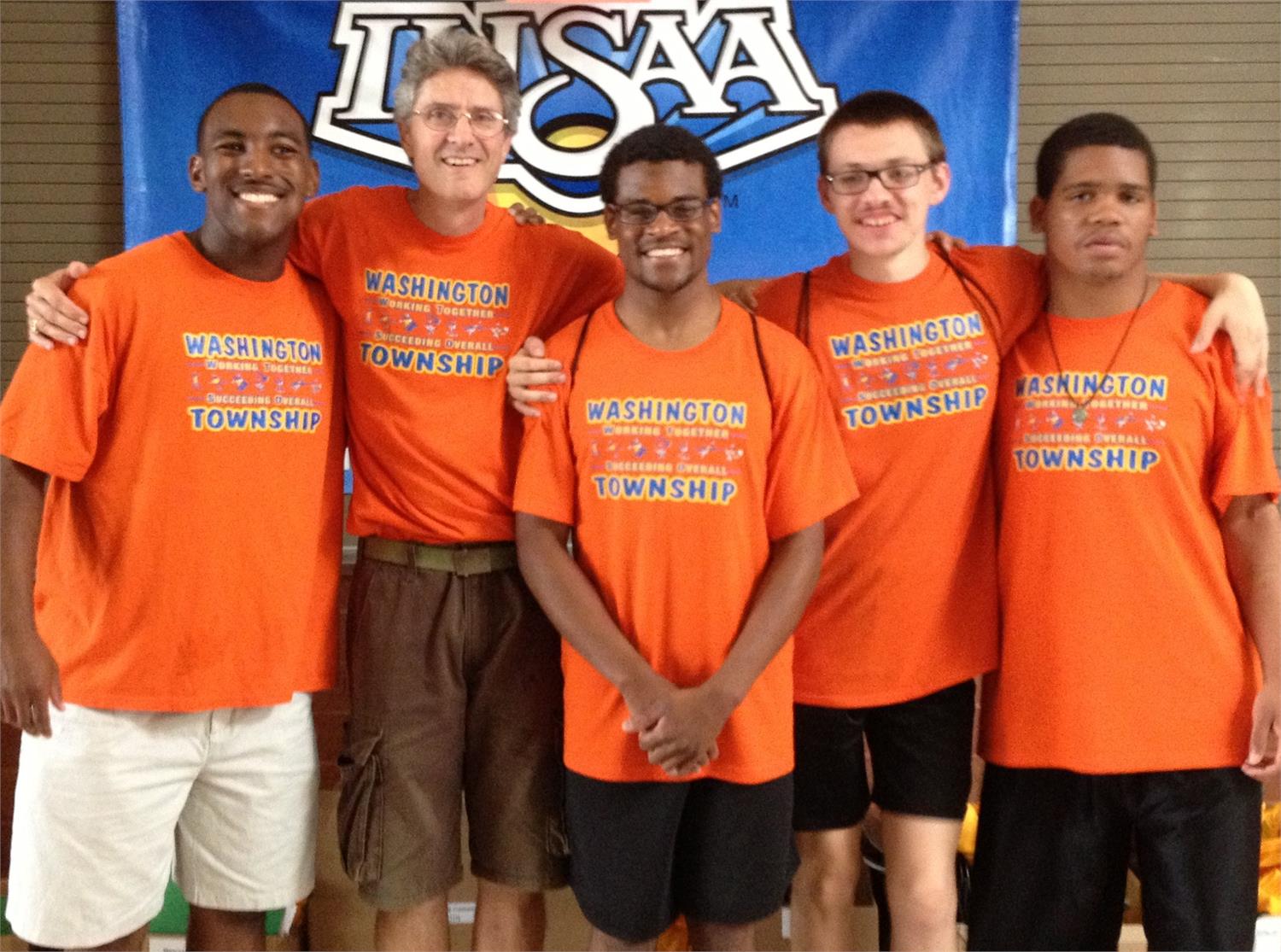 When Andrew Peterson was a little boy with fetal alcohol syndrome, he was known as the fastest kid at recess. At 24, he just qualified to run in the 2019 Boston Marathon. According to Fox 59 News, he is the second Special Olympics Athlete to qualify.

His friends at Butler Ambassadors for Special Olympics could not be happier. Junior psychology and sociology major Shelby Jo Eaton was amazed at Peterson’s time of three hours, which was the time he needed to qualify for Boston.

“This dude is one of the most inspiring athletes because he has the ability to inspire not only people who are not athletes, but the athletes,” Eaton said. “He is such an incredible leader and so charismatic.”

Eaton met Peterson during her first year in Butler Ambassadors for Special Olympics. She participated on Washington Township’s board, where she helped out with the summer games at Indiana State University. BASO raised more than $50,000 for Polar Plunge.

“I know the Petersons not only because they are Special Olympic athletes but because they lead by example,” Eaton said. “They are so amazing, and they just inspire the other athletes, and they welcome them and invite them. And they really help us out when it comes to making sure there is a relationship between the athletes and the Butler community.”

Being included is important to Peterson.

“Shortly after birth, I was found alone,” Peterson said. “I went to a foster home and was later adopted. My birth mother drank alcohol during pregnancy and since I have brain damage from fetal alcohol syndrome, nothing in life has been easy. In elementary school, most kids couldn’t understand me when I spoke. Some laughed and called me names. Others walked by me like I didn’t exist.”

Fetal alcohol syndrome is a condition that affects children after they have been exposed to alcohol while in the womb. It causes brain damage, growth problems and is irreversible. People with FAS often have poor memory, trouble processing information and difficulty in school. Peterson had trouble in school, and preferred to watch his teachers do the exercises rather than read.

Craig Peterson, Peterson’s father, put him in general education classes so he could learn from better role models. That way, Andrew could mimic what the class was doing. When he was not allowed to play at recess because he didn’t know how to play the games, his dad requested that he walk instead. Soon, walking became running. And people wanted to join Peterson’s runs.

“Andrew got to be the leader, doing these laps around recess,” Craig said.

He is a leader to younger athletes during the Special Olympics track season. He helped coach younger runners and Pike High School and Brebuff Preparatory School.  Andrew has spoken at high schools, special events and even at Butler University for the “Disable the Label” event last March.

In middle school, he wanted to be on the cross country team. The coach tried to dissuade Craig from letting Peterson be on the team.

“The coach pulled me over and said, ‘I don’t think this is going to work. I don’t think Andrew knows how to follow directions,’” Craig said. “And I said, ‘I appreciate your concern. I’ll be here every day to pick Andrew up. If there’s anything you need us to do at home, we’ll be happy to do it, but Andrew will be here every night for practice.”

Soon after, he got involved in Special Olympics, and became one of the best runners on the team.

“I like running,” Peterson said. “As long as I have someone to run with.”

Peterson had to undergo physical therapy for several years, but he can still run a mile in under five minutes. With a sheepish grin, he admitted that he was good at running.

Now he tries to be a good role model. He has forgiven his birth mother for drinking during pregnancy and he has met her several times. Craig said that his family tries to take the “high road” and practice forgiveness.

“Andrew is so excited to be at everything, in everything, even if it’s not his cup of tea,” Eaton said.

At last year’s BASO Christmas party, BASO co-chair Eaton remembers that even though Peterson wasn’t “an Olympic medalist” of decorating cookies, he wanted to foster good relationships between the athletes and the Butler ambassadors. He stayed the whole night decorating cookies with his father and brother.

“He is never afraid to promote Special Olympics, whether its decorating cookies with us or getting up in front of the whole student body and giving a speech about who he is,” Eaton said.

Peterson’s next speaking event will at Fishers High School on March 6 at 10:05 a.m. in the auditorium.

“He’s rad,” Eaton said. “He’s a very cool dude. He’s more than ‘walk the walk, talk the talk. He’s 500 steps ahead of that. My dude is literally running a marathon.”