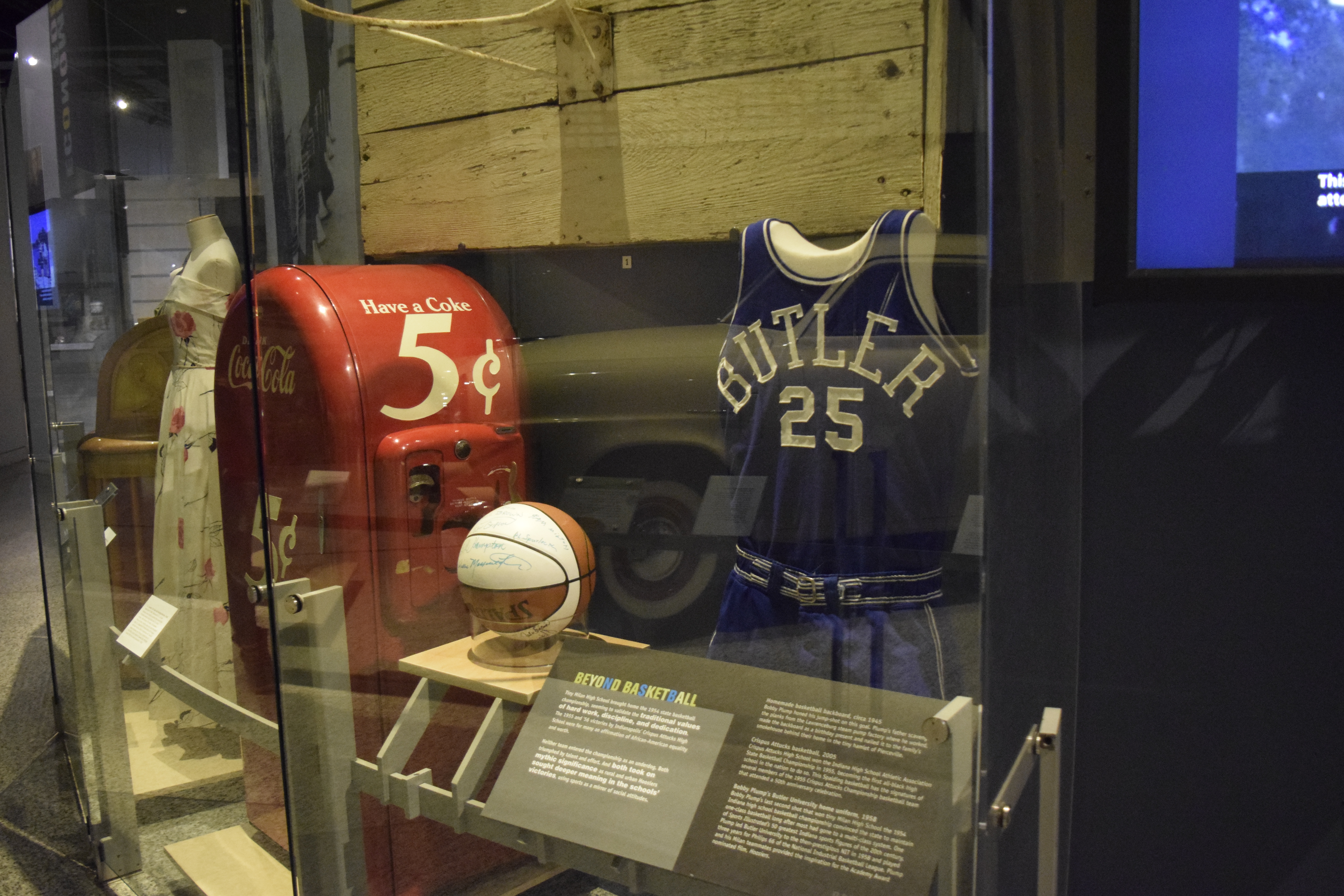 While many students have been to the Indianapolis Museum of Art or explored the Newfields campus due to its proximity to Butler and free student membership, it is far from the only option for museum-loving Bulldogs. Indianapolis is home to several other museum spaces of varying sizes, covering topics of art, history, science and entertainment.

The Indiana State Museum and the Eiteljorg Museum are neighboring museums in downtown Indianapolis, located in the White River State Park.

The Eiteljorg includes art and artifacts about the history and culture of the American West and the indigenous people of North America.

The Indiana State Museum explores Indiana’s cultural and natural history from the very beginning: it starts with an exhibit about the Big Bang Theory and the Earth’s formation. From there, visitors can explore interactive exhibits about Indiana’s wildlife, geology, history and culture.

In addition to cultural history exhibits with artifacts about Abraham Lincoln, Hoosier veterans of World War I and even a Butler basketball jersey from 1958, there are also several natural history exhibits with fossils and scientific artifacts at the Indiana State Museum. There is even an exhibit about Indiana wildlife in which the lights dim, animal sounds can be heard, and the floor even squishes as you walk on it to mimic the forest floor.

Morgan Linzmeier, a junior history and anthropology double major and former intern at the Indiana State Museum, said these types of exhibits are increasingly popular at the museum.

“[Museums are] becoming more interactive than they used to be,” Linzmeier said. “The [Indiana] State Museum has really been revamping their interactive aspect, making it so that every span of ages can learn something from a museum and experience something memorable.”

Linzmeier said to her the Eiteljorg was a strong example of the influence a museum can have on its visitors when it is put together well.

“I love museums because, if it’s a good museum, you get to hear from different communities and different voices all in one place,” she said. “I was at the Eiteljorg, and they had an exhibit about different tragedies that had happened in native communities that those artists were able to make art about and share their emotions about. They spoke to those things through art, which was definitely powerful.”

The Eiteljorg, as well as the Indiana State Museum, are both located in the White River State Park, and are right next to the water. The Eiteljorg has a garden along the river in which visitors can walk and view outdoor sculptures.

The Indianapolis Arts Center is a community space in Broad Ripple that includes art classes, workshops and gallery exhibits. It also has an ArtsPark behind its building that runs along the White River.

The ArtsPark was designed by Indiana-native Michael Graves with the mission of bringing artists, art and community members together through interactive sculptures in an outdoor setting.

In addition to the ArtsPark and the classes that are offered at the Indianapolis Arts Center, there are gallery exhibits held throughout the year inside the building.

Brenda Lee Johnston, an assistant professor of arts administration at Butler, said she likes all that the Indianapolis Art Center has to offer.

“The [Indianapolis] Art Center is really neat, because they showcase student artwork as well as works by the people who teach the classes there,” she said. “When I went once, and you were able to watch artists at work while you were there, we saw a glass blower. We saw people making pottery and they let you do some hands-on stuff too.”

More information about gallery exhibits as well as classes offered can be found at the Indianapolis Arts Center website.

The Indiana Historical Society is known as “Indiana’s Storyteller,” and includes archives, exhibits and a library dedicated to preserving Indiana’s history.

A unique aspect of the Historical Society is that they have “You Are There” exhibits in which visitors can interact with live actors portraying historical characters.

Johnston said that one of the most memorable experiences she had visiting a museum in Indianapolis was at the Historical Society’s current exhibit, “You Are There 1943: Italian POWs at Atterbury,” which included live actors portraying Italian prisoners of war.

“When you enter this space, the actors greet you in character and start talking to you,” she said. “They can’t tell you about anything going forwards, so if you asked, ‘What happened to you after the war?’ they can’t really talk about that because it’s in the moment. But, they can talk about how they got there and answer those sort of questions.”

The actors portray the more than 3,000 Italian prisoners of war during World War II that were held at Camp Atterbury here in Indiana.

Visitors enter the exhibit through a recreation of the chapel that existed at Camp Atterbury at the time. They are greeted by POWs who are found painting in the chapel, and can talk to them about the war, their art, and their lives.

The “You Are There 1943: Italian POWs at Atterbury” exhibit will be showing until August.

The Indianapolis Children’s Museum, though obviously geared towards kids, has a large variety of exhibits about science, art, culture and general entertainment.

It currently has exhibits about American popular culture, dance styles around the world, influential children throughout history and dinosaurs, among others. There is also a giant chocolate and candy-themed slide that is open to both children and adults.

Lyla Iannaccone, a junior arts administration major and intern at the Indianapolis Children’s Museum, said she is sure Butler students would enjoy a study break at the museum.

“With all the reading and studying Butler students have to do everyday, The Children’s Museum is the perfect place to forget all that and just experience the new information in a fun way,” Iannaccone said.

More information about arts organizations and museums in Indianapolis can be found at Butler’s website, where there is a list of local organizations that offer student discounts.