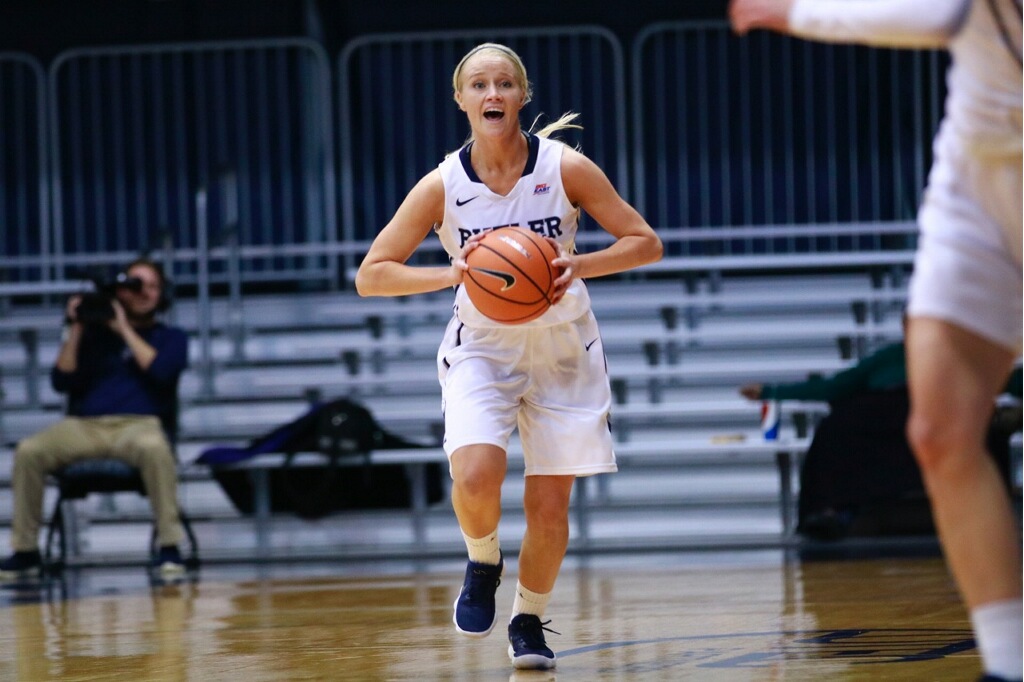 The Butler University women’s basketball team dropped two of their three games at the Paradise Jam tournament in Melbourne, Florida between Nov. 23-25. The Bulldogs are now 4-3 following losses to No. 11 West Virginia University and Drexel University on the first and last days of the tournament, respectively. A buzzer-beater 3-pointer sealed a victory over Virginia Tech University on their second day.

In the first game, Butler struggled against West Virginia early on, with the Mountaineers going on a 10-0 scoring run to begin the game. The Mountaineers outscored the Bulldogs 16-7 in the first quarter, with Butler shooting just 13 percent from the field. But Butler responded in the second and third quarters, outscoring West Virginia 20-16 and 21-20 to pull close.

The Bulldogs were able to pull ahead of the Mountaineers late in the fourth quarter, but back-to-back 3-pointers from West Virginia gave them the lead and a 75-68 victory.

The Bulldogs got off to a better start in their second game of the tournament, leading Virginia Tech for most of the first half before ending the half tied at 37. The two teams stayed close for most of the second half before a 3-pointer from Virginia Tech’s Aisha Sheppard with 14 seconds remaining in the fourth quarter gave the Hokies a one-point lead.

With just five seconds left on the clock, Jennings passed outside to Spolyar, who knocked down her third 3-pointer of the contest from the corner to win the game for the Bulldogs 79-77.

:13 seconds on the clock⏰
Down 1️⃣ to Virginia Tech @paradisejam

Spolyar scored a personal season-high 20 points off the bench for the Bulldogs, shooting 5-for-11 from the field. Schickel led Butler in both points and rebounds in the game with 27 and 15, respectively, notching her third double-double in the team’s first six games.

In their final game of the tournament, Butler got off to another slow start, trailing Drexel one minute into the game and never catching up. The Dragons led the Bulldogs 39-31 at halftime after shooting nearly 50 percent from the floor and over 60 percent from beyond the arc in the first half, compared to 43 and 16 percent from Butler.

Drexel would outshoot Butler from the field 54 to 46 percent in the second half en route to a 76-62 victory over the Bulldogs.

Jennings led Butler with a game-high 28 points, while Schickel finished second on the team with 10 points. Drexel meanwhile had five players contribute more than 10 points.

For the tournament, Jennings led the Bulldogs with 62 points, while Schickel collected the second-most points with 49 and led the team in rebounds with 35.

The Bulldogs will travel to Ball State University for their next game on Nov. 29.