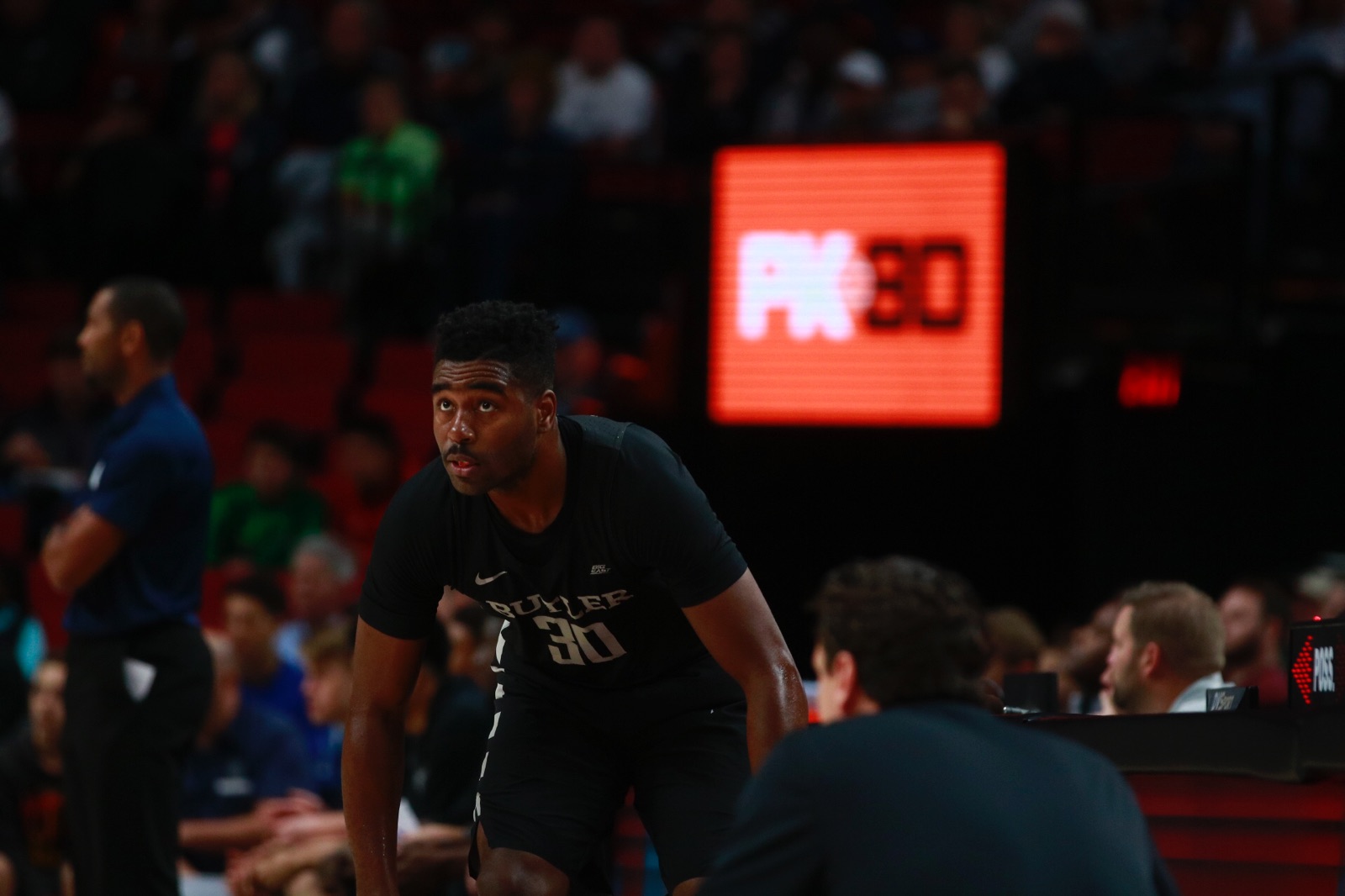 Kelan Martin gets introduced during a game at the PK80 Invitational in Portland, Oregon. Butler finished 5th in the Motion Bracket. Photo by Jimmy Lafakis.

Reunited and it felt so…awkward? In their final game of the PK80 Invitational in Portland, Oregon, the Butler men’s basketball team beat Ohio State University and Butler’s former head coach Chris Holtmann, who left less than six months ago.

Holtmann told ESPN in an interview that today’s game was going to be like playing your brothers in basketball.

“You want to beat their brains in on the court, and then hug it out after,” he said.

And that’s just what the Bulldogs did.

You vs the coach they told you not to worry about pic.twitter.com/WXkP0Zqn7v

Let’s do it again sometime.

The Chris Holtmann Classic has been a lot of fun

But that was worth the headache, right?

“I’m Gordon Hayward and I approve this game.”

Wow what a game for @ButlerMBB! Big shots down the stretch…great resolve! Bigtime

Louder for the people in the back! 🗣️🗣️

Tell ’em who we are, Sarah.

Spell it loud and proud.

I hope everyone had a great Thanksgiving break! Except for Chris Holtmann. Hope yours was terrible #DawgsGottaEat

I hope you’re prepared for a lifetime full of happiness!

Butler could lose every game of the season, but if we beat OSU and holtmann, I will forever be happy

We’ll keep you in our thoughts while we celebrate.

Thoughts and prayers to @ChrisHoltmann and @kbd_33 #DAWGS

We checked. All good to go.

Ask your doctor if @ButlerMBB is right for you. #GoDawgs

This will soothe the pain a little.

David, that’s a rookie move. Never change the channel on the Dawgs.

Tell us how you feel, Rozay.

Ok, sure it wasn’t his best game.

I am making a push for Paul Jorgensen’s nickname.

That man is broke as hell https://t.co/t0sffOvh1z