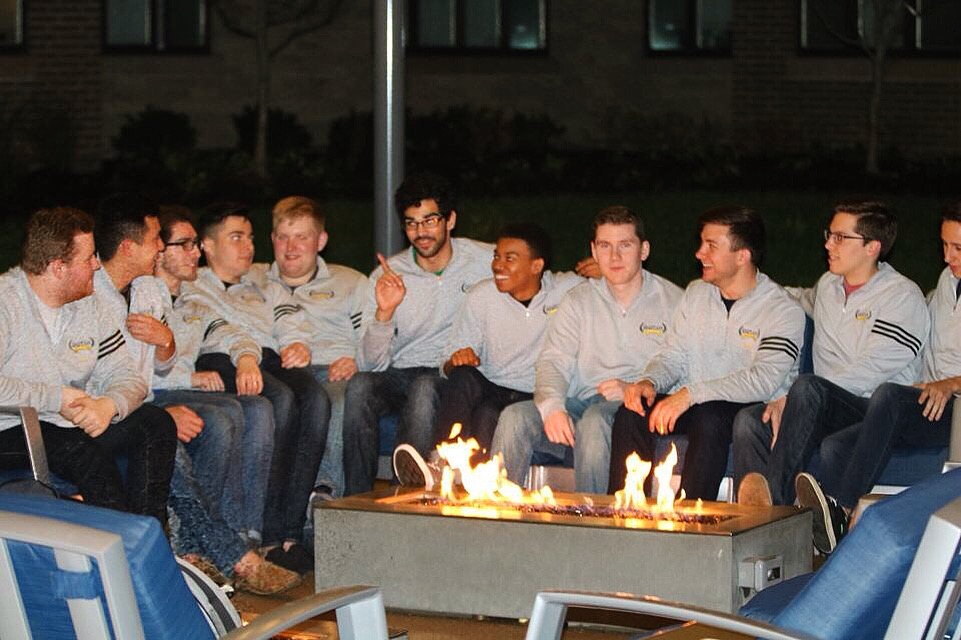 Out of the Dawg House prepares for its upcoming concert and album. Photo courtesy of Malachi White.

Out of the Dawg House, Butler’s male a cappella group, announced last week they will be releasing their 15th anniversary album next semester. In order to decide what songs should be featured, they reached out to their fellow Bulldogs for help.

Since the album is celebrating Out of the Dawg House’s 15th anniversary, it will include a lot of the group’s hits from previous years. But out of the 12 songs that will be featured, four of them will be chosen by the Butler community via an online survey.

Nathan Lamore, a fourth year pharmacy major and the president of Out of the Dawg House, said the primary motivation for the survey was to decide on new songs fans would want to hear.

“We realized we had 57 song ideas and were trying to figure out how to narrow it down to four. Somebody just suggested, ‘Why don’t we just get the opinion of all the people who are going to listen to us sing?’” Lamore said.  “So, we just decided to blast it out to social media and ask the opinion of the people who like our music.”

The survey gives fans a chance to pick their favorites out of a wide variety of top hits, pop songs, oldies and more. More than 100 people have already voted.

Eric Garcia, a junior flute performance major and the group’s music director, agrees the survey has been a great way to hear from fans.

“We’ve seen a really awesome result for this,” he said. “When we were thinking about doing an album in the first place, we were like, ‘Wow are we going to connect this to the Butler community and get the word out?’ And then we decided on the survey.”

Erin Haas, sophomore exploratory studies major, voted in the survey earlier this week. Since Out of the Dawg House performs such diverse music, she said she likes the idea of picking songs through a survey.

“I think it’s awesome. Because if you go to a concert, you’re going because you’re interested in the type of music they’re performing,” she said. “So, with an a cappella group it’s different because they do a lot of different kinds of music, and you don’t always know what to expect. But if they’re asking us, then you know that they’re really marketing towards us and it gives us a bit of a say.”

Although the album does not come out until next semester, students in Out of the Dawg House are already planning their tracklist and getting excited for its release.

Lamore is excited to put the album together because it will be his first time being on an album, which the group often produces every three years or so.

“Me and another guy in the group came in later than freshman year so neither of us had been on an album,” he said. “It’s really like a memory book for members to look back on and remember their time in the group.”

Dominic Zumpano, a first-year strategic communications and digital media production major who is in Out of the Dawg House, said he loves how diverse the music on the album will be.

“Honestly, I’m the most excited about the type of diversity we have with the song options we chose,” he said. “We have a lot of guys with different styles of music that they like to listen to and we all bring our own ideas.”

Garcia, who is pursuing a minor in recording industry studies, is also looking forward to gaining more recording experience with the production of their upcoming album.

The group will work with The Lodge Recording Studios in Indianapolis, but will assist in putting together the album themselves.

“It’ll be nice to actually start to expand my horizons and have experience not only with recording guitars or basses, but also seeing how to record an a cappella group and make sure that all the songs are as golden as they can possibly be,” Garcia said.

Out of the Dawg House’s next performance will be on Dec. 3 in the Reilly Room. Until then, fans can still vote for songs to be included in their next album. Voting closes Nov. 3.